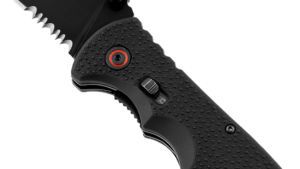 Tom:  Coast to coast and Floorboards to Shingles, this is the Money Pit’s Top Products podcast. I’m Tom Kraeutler.

Tom:  Coming to you from the 2018 National Hardware Show, and that sound, those saws, means that the show has begun. Lot of history at the show, and that’s where we’re gonna start, by talking with a guy whose grandfather started the company back in 1919 … David Brands from COAST. Is that right, David?

Tom:  What a legacy.

Tom:  I guess your family’s had a lot of years in a show like this?

David:         As a matter of fact, yes. We’ve been here now for more years than I can count … long before I started with the company.

Tom:  Yeah, you probably were skipping the aisles as a youngster here.

Tom:  Tell us about COAST.

David:         COAST was started by my grandfather in 1919 in Portland, Oregon. The first product he ever made was a salmon filet knife for the fishermen in the Pacific Northwest. Salmon fishing was a huge industry back then, and my grandfather invented a new filet knife so that the commercial fishermen could filet and clean the salmon with one tool. It was the very first product we made to make people’s safer, easier and more enjoyable, and we’ve been doing it for a hundred years since.

Tom:  Was he a salmon fisherman or was he an observer of the work that they were doing and thought, “I know a better way to do that?”

David:         As he was selling his other products, he came across this idea so he had these made and put them in the trunk of his car and after he got done selling his wholesale hardware products, he’d pull out his own products and sell them in addition.

Leslie:         I mean, that’s amazing. I think what’s been so special about COAST throughout this entire time is that you truly go about making people’s work safer, easier, more enjoyable and all of that innovation really forces your team to look at every element of every product you’re designing and making.

David:         Yes we do. We spend a very high amount of money on research and development, new product development because we won’t bring a product to market unless it has a technological advantage that literally, makes somebody’s job safer, easier and more enjoyable, which is why our products are really trusted by the American working men in all kinds of jobs, all over the country. 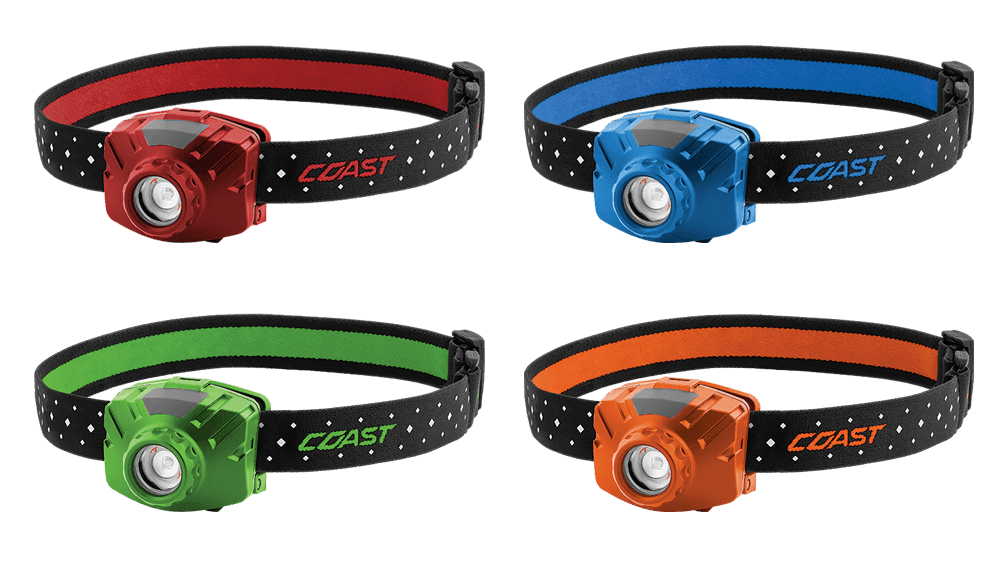 Tom:  Well, I’ve used your lights on many a backpacking trip.

Tom:  They’re very, very bright and definitely help you see right and that’s so important to safety. You guys really have excelled in the LED business.

David:         Yes. We were one of the first company’s in the US to really embrace LED technology and to date, we have close to 50 patents or patents pending on LED technology including optics, rechargeable technology, all types of different technology and I’m proud to say that our product development and our research and development team continue to do a really good job looking for new, innovative ways, to make people’s jobs safer.

Tom:  That’s what I love about this show and about this industry is that there are so many folks like you, that are so committed to the products, nothing is left untouched for very long. These guys are literally reinventing the hammer, every single day and taking a tool that’s either, been around for 100 years or one that’s been around for one year and continuing looking for ways to improve it and make it better.

David:         Thank you. That’s very true. With the advent of LED technology, the entire portable lighting business literally, was turned on its ear and it gave new companies the chance to bring a new technology to the market and the lighting products that are sold today by us and by other companies, are totally different than those that were sold 20 years ago.

Tom:  You know what’s also cool is, the technology you built into it, it takes so many hours to use a battery life with an LED and some of them can be set to go off so that doesn’t happen, you know, if you leave it alone? How many times have you put a flashlight in the drawer, left it on?

Tom:  All these technologies just make it so much better, plus, the lenses I think, the way you have focused the light, has got to be part of this solution too. I know with your, I think it was a headlamp that I had, that the boy scout troop I was supervising were complaining. When I would look at them, they knew I was looking at them you know? I think that comes from the lens, doesn’t it?

David:         Yes. The first, most significant patents we developed were all about optics because LEDs are bright and they use very little energy but it’s really the type of beam you can create using them, that makes a difference between a really good quality light and one that isn’t. We have over 10 patents, just on optics, that create flood beams, spot beams, long distance spot beams and the consistency in size of our beams are, we think, better than anything on the market and that’s really what makes people’s jobs safer and easier with our products because it gives them more light and a bigger light area.

Leslie:         I think with your lights, it’s so important to know that, with battery powered, rechargeable capabilities, you give everybody every option, to keep that power flowing. You’ve got backup, backup batteries. You’ve got multiple ways to actually charge that unit itself. Tell us a little bit about that.

David:         Thank you. That’s another patent that we came up with. When we first got into the rechargeable light business, we did a lot of surveys with workers and one of the things they didn’t like is that up till then, rechargeable lights were like cell phones. You had to give up your light to charge it. In other words, you had to sit and wait for it to charge so either you had to buy two lights or, you just had to sit and wait so we developed a technology that eliminated that. Not only can our lithium, rechargeable cartridges be recharged inside the light or outside the light, but all of our rechargeable lights also operate on alkaline batteries so if you don’t have access to power, you simply take out the lithium rechargeable battery and put in the alkaline battery cartridge and you get exactly the same performance so you’re never without your light. 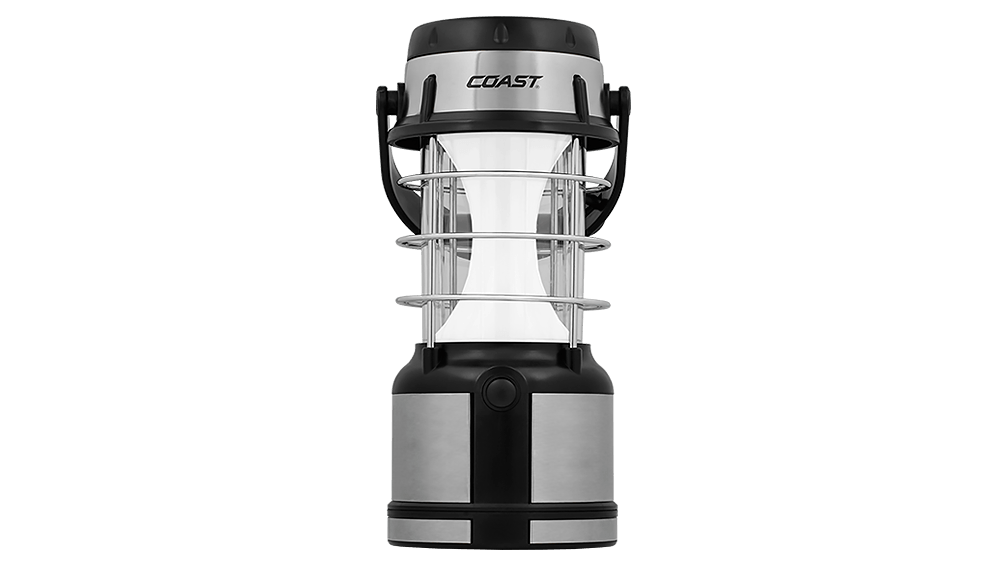 Tom:  That’s great. I also want to talk with you about your knives. I know that you have a technology that improves the safety of your knife products dramatically so let’s talk about that.

David:         Thank you. You know, it’s really interesting you brought up about everybody’s always developing a new hammer.

David:         The knife business is one that, for a long time, has been mostly a cosmetics business, mostly in type of shape and-

David:         The world’s most popular knives are folding, razor blade utility knives but, they also happen to be the most dangerous knives because the blades are extremely sharp and they’re used for all different types of cutting.

Tom:  People over use them.

Tom:  They keep using them and then they’re using too much pressure and a dull knife is much more dangerous than a sharp knife.

David:         Because almost all of them work with a simple liner lock, it’s easy for the liner to fail by getting dirt and something inside so we developed a double lock system, which provides a second level of locking safety on our razor blade utility knives and we’ve virtually eliminated the problem of the locks failing and closing on your fingers and cutting yourself and yeah, I see you cringing.

David:         Razor blade utility knives are the number one tool that causes accidents in the United States.

David:         With our double lock technology, we virtually eliminated that which is, for all kinds of reasons. Safety reasons, liability reasons, it’s really worth the few extra pennies it costs to get one of our utility knives with a double lock.

Tom:  You do and I’m thinking about how much time is wasted opening and closing blades because the slide was locked or it was jammed or it was sticky or something. I’ve had blades just pull right out or pull out half way, which is even more dangerous. That’s a terrific idea. What’s next for COAST? 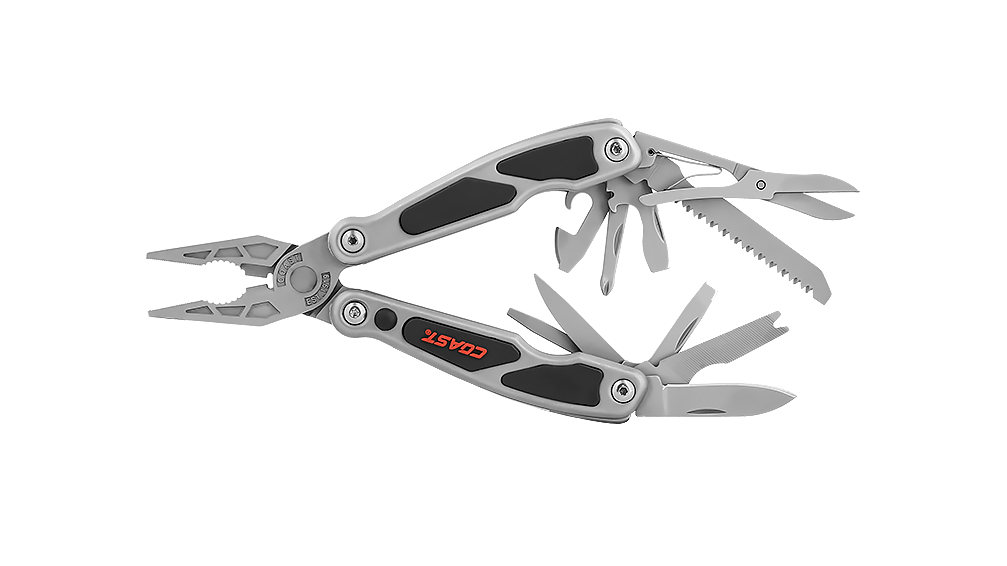 David:         The big movement still, in our business is rechargeable products. We’ve dedicated a lot of time and resources to developing a whole range of rechargeable products. Originally they were for the professional market but now they’re making a lot of sense to the consumer and serious DIY market because of the energy saving. You can virtually bay for some of our rechargeable lights in about 50 uses by saving the battery cost. We’re going to continue to develop a whole range of rechargeable headlamps and hand held lights, which we think will give every worker’s best assortment on the market.

Tom:  Well, congratulations on almost 100 years in this business. David Brands, the CEO of COAST. Thanks so much for stopping by my booth.

Live from the National Hardware Show, Part 2; Latest Trends in Home Improvement, How to Kill Weeds While You Sleep, How to Stop Mold Without Toxins, and More

Coming To You From New Britain CT, The Home Of Stanley Tools.