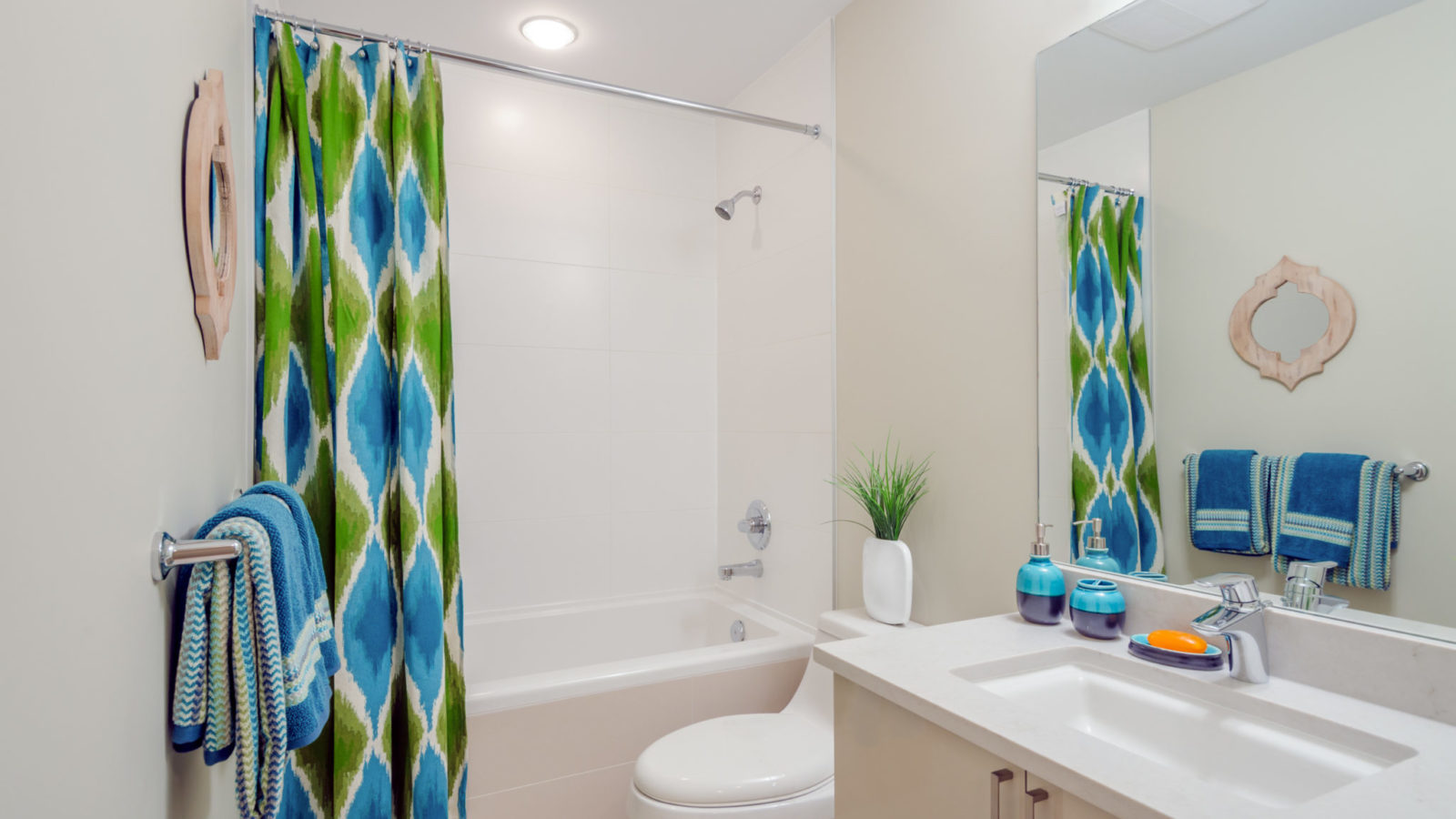 LESLIE: Now we’ve got Peg from Rhode Island on the line with a question about a fiberglass shower insert. Let me guess, the tiles are pink or green or something really dated.

PEG: Definitely. Green. Yes, lime green. So, right now, I have a whole under-the-sea thing going on in there to try to accommodate that.

LESLIE: Holy moly. Well, generally, you’re doing the right thing there when you try to decorate around the color scheme or make something of it.

LESLIE: But I get it. That color can become tiresome rather quickly. So, short of retiling your bath, there are a couple things you can do. You do have the option to paint tile which – it never lasts, in my opinion. It’s something that’s sort of just a temporary placeholder until you can actually redo that bath. But there are shower inserts that sort of surround the existing tile and can create a whole new bath and shower surround in a day.

PEG: So, mainly, I want to find – is that refinishing spray worth the effort? Or cut it out and get rid of it?

TOM: So, you’re asking can you reglaze, so to speak, the fiberglass shower stall that you have right now or does it …?

PEG: Right. You see these companies for these resurfacing sprays.

PEG: Whether or not it’s something it’s even worth doing, doing ourselves or hiring a professional or get the saw and go to town.

TOM: Yeah, I hear you. I think that you’re probably not going to be totally happy with that. Because once that fiberglass surface starts to wear, unless it’s made in a factory like it was the first time, it’s never going to be as nice as it used to be.

TOM: It’s a pretty labor-intensive project, as well. So, I think if you do want to tear it out and do something else, you’d probably be better off doing that.

TOM: I know it’s a big job; it’s a completely restoration. But there’s just no shortcuts when you want to do something that’s going to last you for the next 20, 30, 40 years.

PEG: Right. I don’t mind the green shower myself. My husband minds it more than I do. With my beautiful, tropical shower curtain, it looks great. White sink, white toilet. We’re good but you know …

TOM: Yeah. Well, I mean like Leslie said, you can decorate around it, too. There’s always an option.

TOM: Yeah. No, I don’t think it is. Good luck with that project.