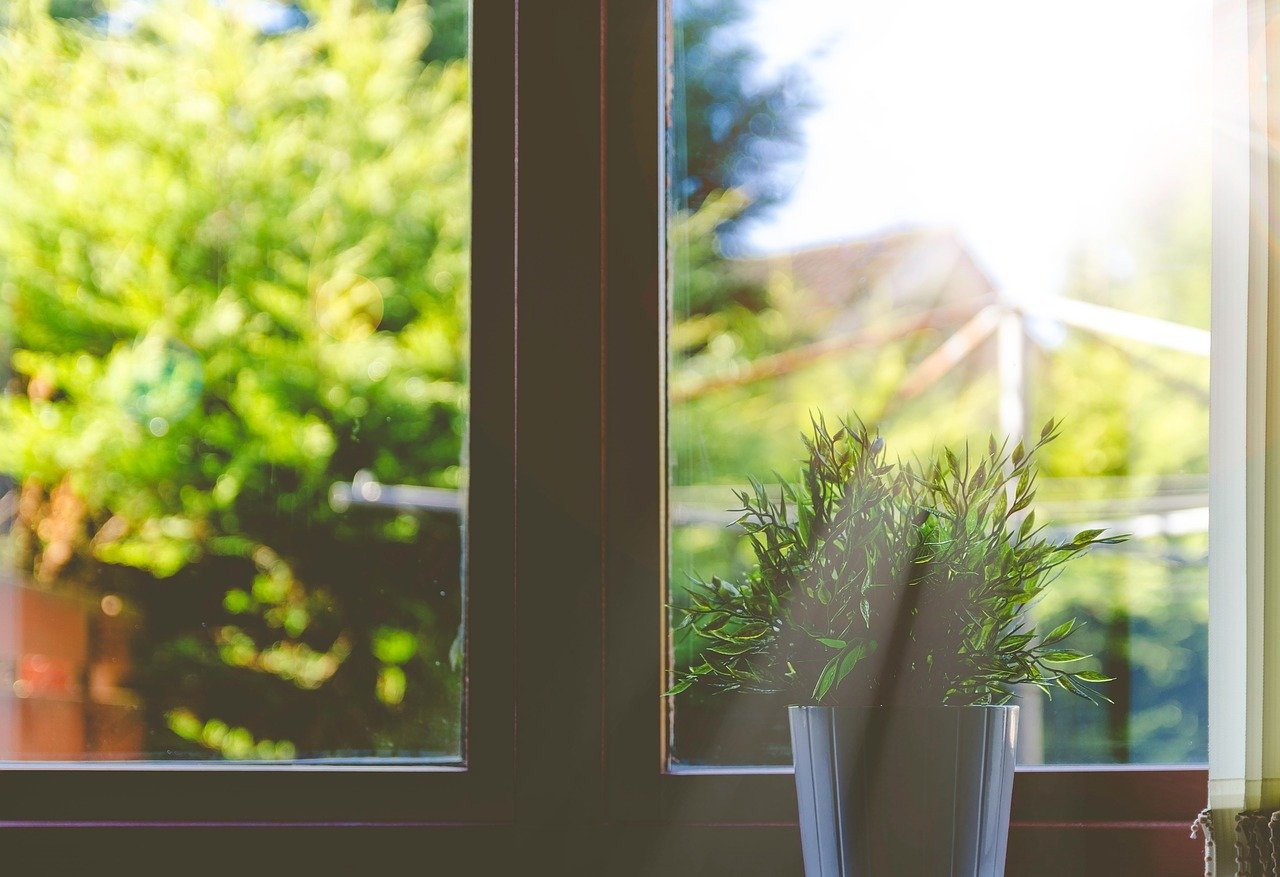 LESLIE: Mike in Alaska is seeking the cause of window leak. What can we do for you today?

TOM: So, second-floor window. When you say the soffit on the window, I mean windows generally don’t have soffits. What kind of window is this? Soffits are the overhang where a roof overhangs the exterior wall. So are you saying that that’s where you’re seeing the water come out?

TOM: Do you have gutters?

TOM: Alright. And sometimes, gutters get backed up and then the water will overflow the back of the gutter and drip out through the soffit, and that might be the cause of window leak. Do you think that might be what you’re seeing?

MIKE: That’s possible, too. I’m just wondering why I see drips coming from the soffits.

TOM: Right. Because, as I said, the water will get behind the gutters and then it will work its way into the soffit area. And once it does that, it’s just going to run out the path of least resistance, which could very well be what you’re seeing with the drips, the cause of window leak.

Is the soffit above the window?

TOM: OK. So the window’s a first-floor window?

MIKE: Because it drips and I have to put a towel around the window because – dripping when it rains.

TOM: So, there could be two issues here in finding the cause of window leak. It might be flashing around the window or it could be an issue with the gutter. But here’s one way that you can diagnose this. What you could do is take a garden hose and get it up on that roof and let it run down the roof, right around where that – where the window is under it, you know what I mean? Not blast it but just saturate it for a good 10, 15 minutes and see if you can make it leak. If you can make it leak, you probably have a leaky gutter or a leaky roof.

Now, if it doesn’t leak, then that’s good. So the next thing you do is you take that water and now you start holding it around the sides of the window. Of course, the window has to be closed, right? But you hold the – between the siding and the window, not right up against it. But just try to sort of flood that area with water and again, see if it leaks. If it leaks then, then it’s very likely the flashing around the window. And to fix that, you’ll have to remove, most likely, the siding in that area and then have a pro reseal that window. It’s not usually a matter where you can caulk it; usually, you have to reflash it because there’s a breakdown somewhere that’s letting that water in.

But those two very simple checks can tell you which part of the area assembly is leaking. It’s kind of hard, as you’ve discovered, to track this down. So you have to be a bit of a detective and that’s one way to do it. If you can make it leak, you’re going to know where that area is.

Just do one side at a time so that if it leaks on the right side, for example, and the water is on the right, then you know kind of where to look for the failure that’s causing it. If you just blast the whole side of the house with water, you’re not going to know anything except it leaks. But you knew that when you started. So you’ve got to be kind of smart and strategic about it, OK?