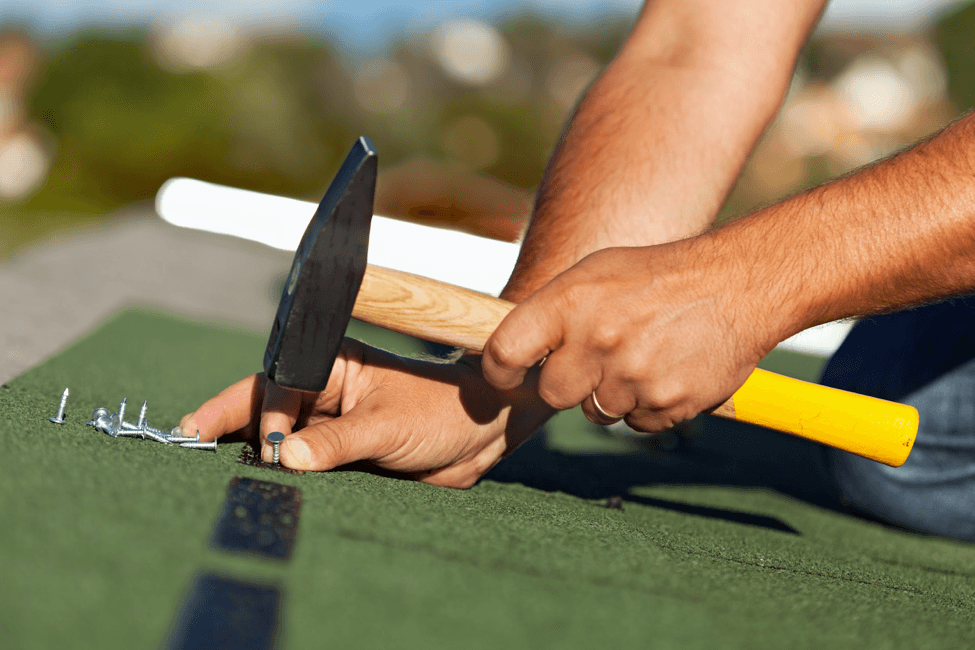 LESLIE: Bob in Wisconsin is on the line with a question about adding a patio. How can we help?

BOB: Yes. I have a 16×20-foot patio. Runs the 20-foot length of the house. And what we’re thinking about is putting an enclosure on it. But the roofline runs along the patio so that it’s sloped down towards the patio. And so, the deck, I should say, is on the outside, of course. And we’re thinking about enclosing the deck.

Is there some way we could enclose that without cutting into the existing roof of the house?

TOM: Why are you hesitant to want to not cut into the roof of the house? Because if you think about it, roofs are always naturally intersecting. And if it’s done right, it can be done in a very permanent way so it will not become a leak problem.

BOB: OK. The roofline, where it comes down to the deck, would be about 8 feet. So I would imagine throughout the 16-foot length, we’d have to probably raise that up about how far?

TOM: Well, let’s just say you wanted to get a 3/12 pitch. So, yeah, it’s going to have to come up quite a bit. But the other option is to go with a very low-slope roof and use a roofing material that’s designed for that.

So, if you were to use a rubber roof – and that’s a heat-sealed roof that goes down and can be perfect, almost flat. It’s not going to be flat; it’s going to be low slope. And if that is intersected correctly with the existing roof, you may be able to maintain that ceiling height.

BOB: OK. I understand. Yeah, that’s what I thought. I don’t think there’s any easy way to do it.

One other question, if I might. We have a patio area that has concrete on it now and it’s 4 feet by 20 feet. And we’d like to put tile on it. It’s outside, though. It is covered by a roof area but it is an outside area. Is there a way to do that without running into problems?

TOM: Well, the adhesive that you use has to be rated for – you know, to have the temperature climate that you’re in. My concern would be, living in Wisconsin, that that tile, even though it’s covered, is going to get wet and it’s going to freeze and it’s going to pop off. So, rather than use tile, you might be better off with a paver brick that is more durable in an environment like that. The tile, I’m just concerned, is not going to last.

BOB: Yep, that was my concern, too, with the freezing and expansion and contraction. So, yeah. OK. Well, that was my two questions and thank you so much. We enjoy listening to your show.

TOM: Well, thank you very much. We appreciate the call and good luck with that project.