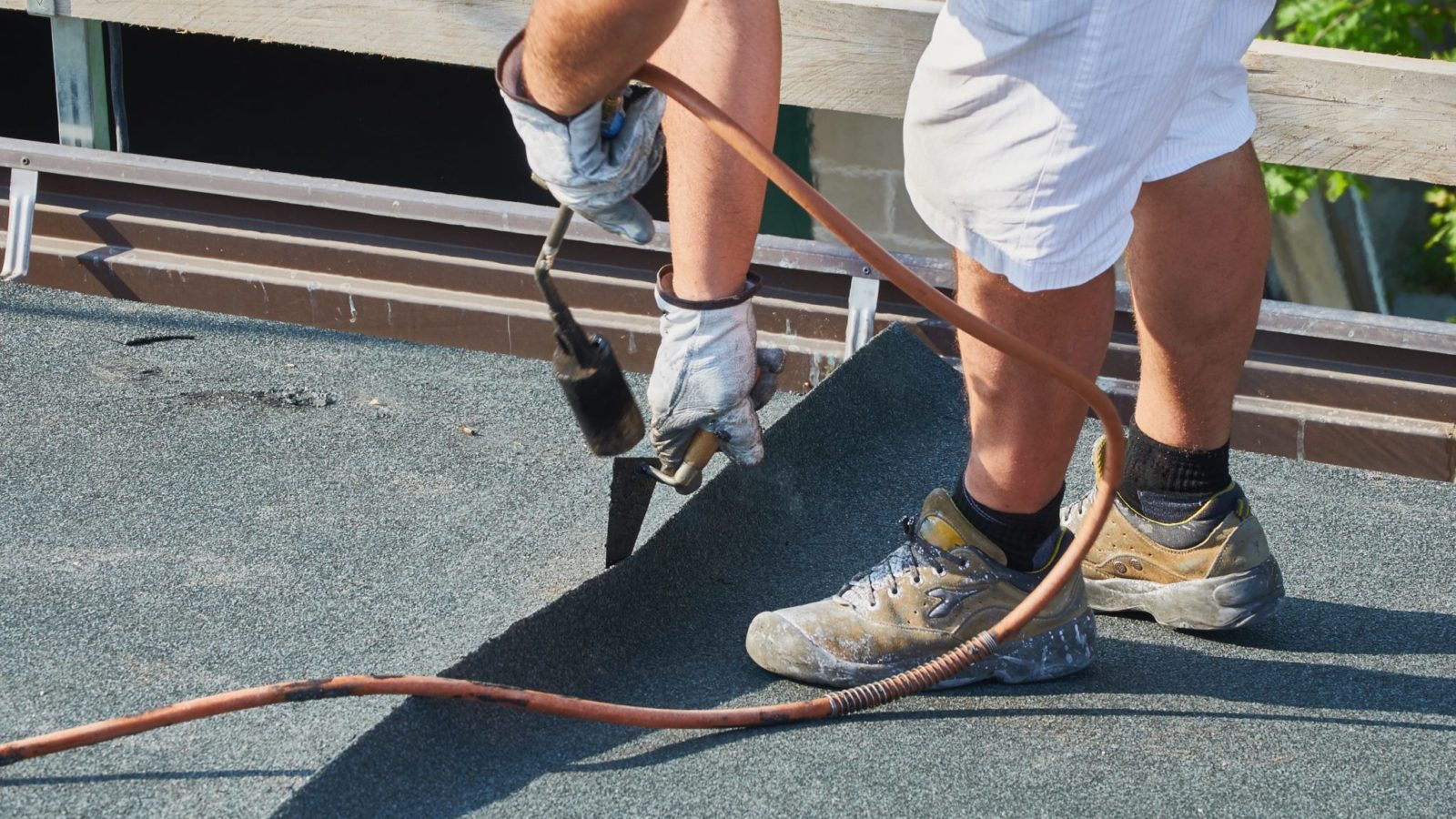 Flat Roof: When Should it be Replaced?

Flat Roof: When Should it be Replaced?

LESLIE: Pete in Arizona is on the line and has a question about a tar roof. What is going on at your money pit?

PETE: I have a patio roof that runs the whole length of my back of my house, which is pretty long. When they put the roof on, they put plywood and a paper and they had some kind of machine or whatever it was that was burning wood. And they melted tar and they filled up a bucket and they took a mop and they went all over the roof with this tar. And then they got some kind of rolled, shingle-type material and they put it on the roof.
Now, it looks like when they put this shingle-type material on the roof, whatever squeezed out that was the seam between each shingle and wherever the roll stopped and a new roll started. But around the outside of the roof, they have a metal trim that goes on the front of the roof and both sides. And it looks like they tarred it.

Well, the tar now had been here 18 years and it’s 120-degree heat in the summertime. And the tar is all cracked and it’s missing pieces. And what I wanted to do is buy some of this Flex Seal you see on TV and I wanted to go around all these edges and fill in the holes and cracks. Is that a good idea?

TOM: Well, there’s no way to know if that product is going to work with the old tar roof. It sounds to me like you’re at the end of a normal lifecycle for this roof.

TOM: And it sounds like it was originally – yeah, well, that’s pretty old for a low-slope roof. I mean it’s really old. Usually, you get about 10 years out of a roof like that. So, I think you are working towards a new roof here and what you might want to think about doing is a different type of roofing product. You know, you might want to use a rubber roof or a modified bitumen roof. You could have a torch-down roof.

But to do tar and – to do a built-up tar roof in the way you’ve described, it doesn’t sound like it’s probably the best approach right now. Anything you do to try to patch what you have is just going to put off the inevitable. So, I think you’re looking at a new roof here after 18 years. I don’t think this roof owes you a dime and it’s time to update it.

PETE: On this metal strip that they put all around the outside of the roof, when they put it on, I guess it’s for a beauty effect or whatever because it doesn’t look like it does anything, really. But it sticks up a little bit above the roof. And when it rains, my roof – main roof – is pitched towards the patio roof. And I get water laying up there because it can’t go over this hump, that it just lays there. I have to get a ladder and squeegee it off because I don’t want mosquitoes and stuff living up there.

TOM: When it comes time to replace that roof, there is a – it looks like an insulation board but it basically can improve the slope of the roof. It’s a second layer that would go on there. You’d build it up so that you would have a better pitch. You don’t need a lot of pitch but you need some pitch and that will make the roof drain. So talk with your roofer about that problem, OK?

PETE: OK. Thank you very much. I appreciate it.