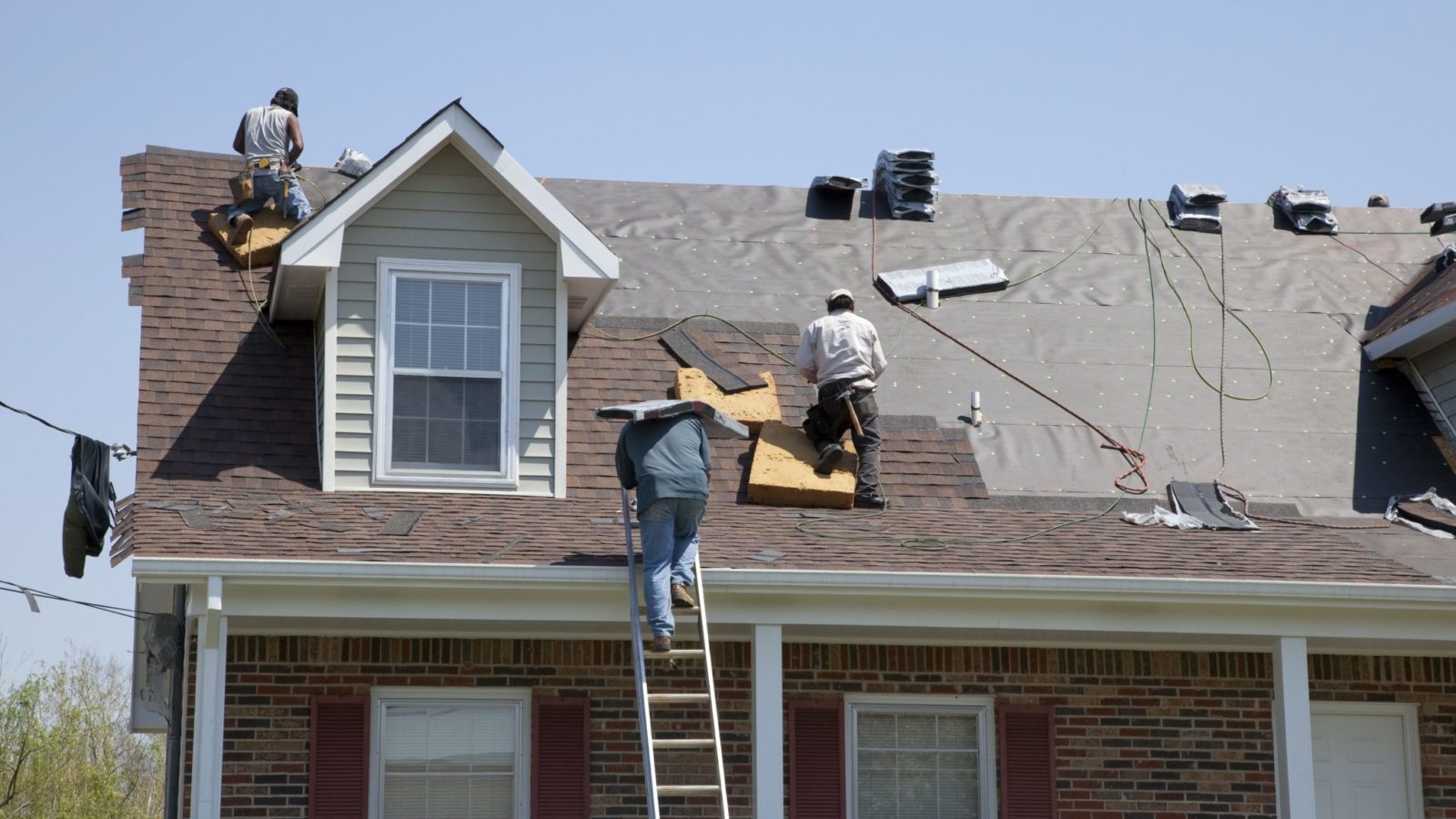 What Are the Best Wind Resistant Shingles?

What Are the Best Wind Resistant Shingles?

LESLIE: Alright. Now we’re heading over to Minnesota where Mike is interested in wind resistant shingles. What’s going on?

MIKE: Since we added on – actually rebuilt – an attached garage to the side of our house, I’ve got a different kind of shingle on there. The ones on the two-and-a-half story home itself were not worn out and so I just left them. They’re the interlock-type shingles.

MIKE: And I haven’t had – I put those on originally, because we’re kind of out in the country and we live in a very windy part of the country.

TOM: Right, yeah. And I bet they stayed – that they stayed in really good shape because they were completely locked down.

MIKE: Oh, yeah. Yeah. The interlocks I have had no problems with. But we put the regular asphalt shingles on the new garage area. And I know they’re supposed to seal down with the tar strip and all that kind of stuff that’s underneath them but we get high winds. And almost every time we get this windstorm out of the northwest, up to 40-mile-an-hour winds, I get a few shingles that blow off.

And I’ve been up there – I’m re-nailing, re-tarring, replacing shingles and all that. And I can’t find the interlock shingles in our area anymore and so the person that did the roofing for me last time used these regular ones. I was nervous about them then because I was afraid they weren’t going to hold up to the wind that we get. And I just didn’t know if you had any suggestion.

TOM: Well, at this point, the shingles are already down. So if you were to replace the shingles, there are wind resistant shingles that are specifically designed for storm-prone areas, hurricane areas and that sort of thing that can stand winds up to – up and over 100 miles an hour. The typical shingle is not.

Now, when you put the wind resistant shingles on also seems to make an effect, have a difference. If you put the shingles on in the spring and they had a good, long summer to seal down, that seems to last a lot longer than if you put them on in the winter and they never quite got a chance to seal until the following summer.

One thing that you could do now – you may already be doing it – is are you putting dabs of asphalt roof cement underneath the shingles?

TOM: Does that work? Do the ones that you’ve cemented still peel off?

MIKE: No, I think those typically stay. But I usually put another nail or two in them, too, and then put the tar over the head of the nails to make sure that that …

TOM: Yeah, not the best technique but OK.

So, all I can suggest, at this point, is to put dabs of asphalt cement under the shingle tabs or just keep replacing the blown-off shingles. But if it comes time to actually re-roof, you want to use high wind resistant shingles. It’s a specific type of shingle that will last to over 100 miles an hour.

MIKE: Is that – I mean is there a – is that just a generic name? It’s just a high wind-resistant shingle or what – is there a title?

TOM: They’re available from different manufacturers. But for example, Owens Corning has one that’s called Duration STORM. And the Duration STORM shingles are warrantied up to 130 miles per hour with only four nails per shingle. So, just so you know that these products do exist. But what you bought was just a typical roof shingle and that’s obviously not going to stand up to the kind of wind that you have.

But if you use a wind-resistant shingle with that kind of warranty, it’s built differently. There’s more layers of material, so the shingles don’t tear off. The adhesive is different, so it really grips tightly and it holds it together.

MIKE: Yeah, I was going to ask if it was extra-thick or something compared to a standard shingle.

TOM: Yeah, it’s a different type of shingle. It’s designed specifically for high winds. We see them a lot in our part of the country on the shore, where homes are subjected to really high winds off the ocean. But they’ll work anywhere.

MIKE: I suppose those would be special order from my home building center, huh?

MIKE: Oh, I appreciate the advice.