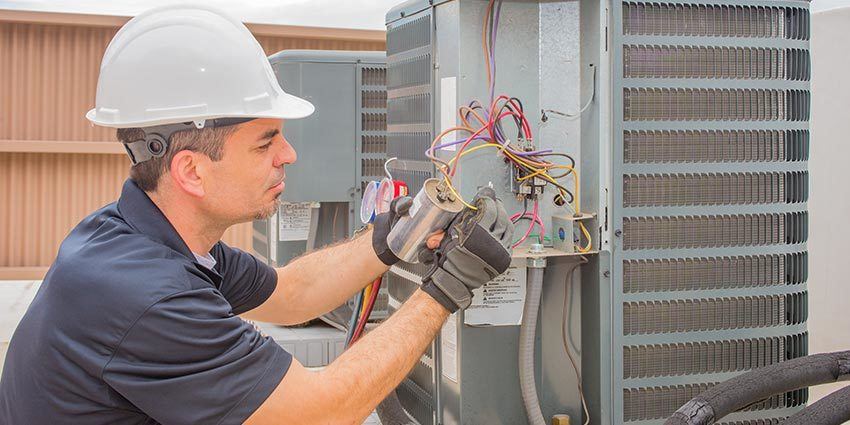 LESLIE: Well, we can all agree that you can never have too much fresh air, that is, unless you’re an allergy sufferer and that fresh air is loaded with pollen and dust. 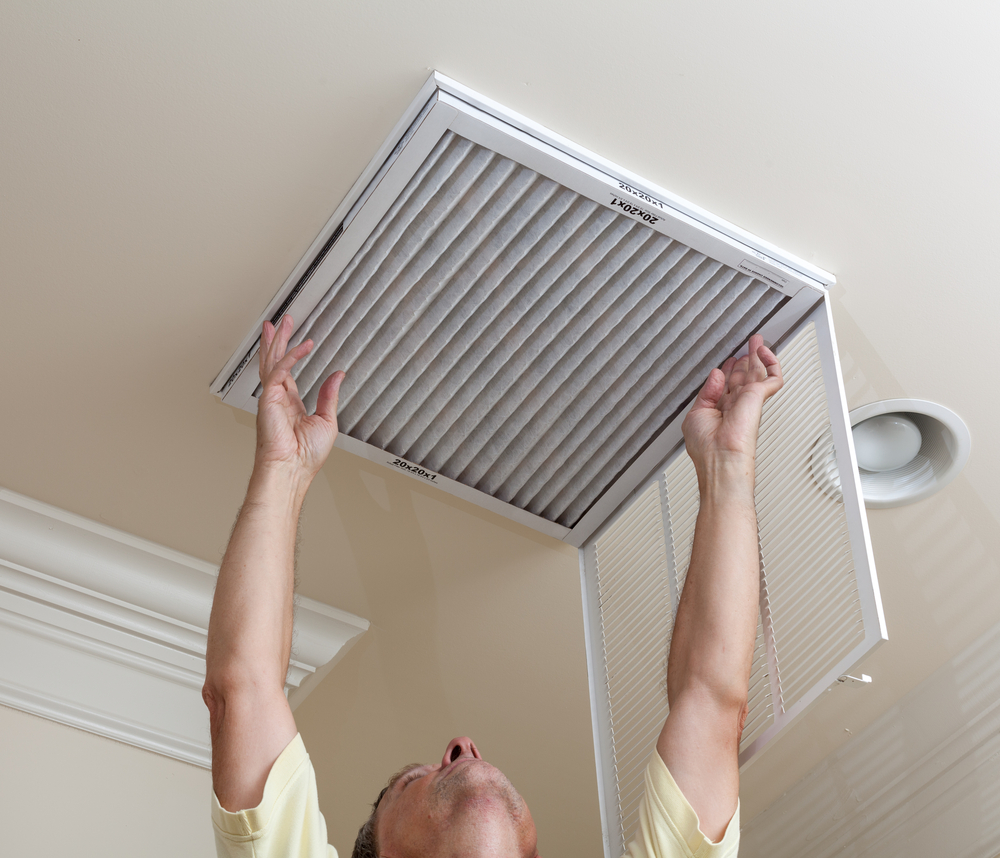 TOM: Well, filters for your HVAC system can help solve that situation but with so many to choose from, which type really does the best job of scrubbing the air in your house? To sort it out, we welcome Richard Trethewey, the plumbing-and-heating expert for TV’s This Old House.

RICHARD: Hey. How you doing?

LESLIE: Clearly, we don’t have a filter in the studio.

TOM: Well, there are so many different kinds of air cleaners on the market. It really is very confusing. There are as many air cleaners as there are competing claims of efficiency.

TOM: So, what’s a consumer to do? How do you make sense of it?

RICHARD: Well, it’s in stages. The basic one is that spun filter. And I can tell you, if you hold up a filter and you can see through it as clear as a windshield, you know it’s not going to keep much out but rocks and large bugs.

LESLIE: It’s not doing anything.

RICHARD: And that’s what comes on most units: usually a 1-inch spun filter. They are made to be replaced. You can’t replace them enough, particularly because they don’t filter so great.

And then it’s really just a question of stepping up to the next level. The pleated filters are – instead of being 1-inch thick, they’re going to be about 3 or 4 inches thick.

RICHARD: Yeah, they fold it. What they’re trying to do is put as much of that media, folded back and forth, to really increase the surface area so they can filter to a finer level than those spun ones.

RICHARD: And then you can take the same idea of the pleated ones and add an electrostatic feature, which can make those particles become not exactly magnetic but have it stick.

RICHARD: Yeah, it’ll bite on and stay onto the media film a little bit.

TOM: Now, that’s with the media material itself. And so, what about these electronic filters that really don’t use a traditional media surface? How do they work?

RICHARD: Right. Well, they’re going to put a positive charge to sort of zap. You know, we joke that it’s like a bug zapper but it’s not really.

RICHARD: But what it’s doing is it’s really making that particle get vaporized on this electronic charge – electric charge, I should say.

RICHARD: And then those have plates that you can take out, put in the dishwasher and clean and bring them back. And so it’s not like replacing a filter and throwing it out; you can sort of recycle that unit and keep it going.

TOM: So, it’s almost incinerating the dust, so to speak?

TOM: And that must be efficient because it also kills the dust mites and other things that stick to this, that cause allergic reactions in people.

RICHARD: Right, right. Yeah. No matter what – which one you pick, I’ve got to tell you it’s critically important to get good filtration and to maintain it. If you ever are in a nice, late afternoon, sunny day in some of these houses that have hot-air systems and you look at the air through the sunlight, it’s just amazing how many particles are in there.

RICHARD: We change our filters on our automobile – this device that we’re going to throw away – more often than we change the filters that are going to keep the air in our lungs clean.

TOM: Oh, so many times, in the years I spent as a professional home inspector, I’d open up that blower compartment and see a filter that had either been never changed or one that was changed last week for the first time, since before I got there.

TOM: But it really is important.

And speaking of that, the other thing that I saw over the years, many times – and maybe you have, as well – is the insulation gets done incorrectly on these filters. They either put them in backwards, because you have this little arrow that’s on the side of it that points in the airflow.

TOM: Or the pocket is oversized and that – but that defeats the purpose, right?

RICHARD: It’s so big. If you don’t make all the air go through that filter, guess what? Air, like water, will seek the path of least resistance and it’ll go right around the filter and not filter at all. Yeah, we see people sticking an undersized filter in an oversized cabinet and it’s not going to do anything, really.

LESLIE: Mm-hmm. But I think the importance to take away from here is that in addition to changing the filter or having a filter of some sort is good for your own health, it’s got to be good for the efficiency of the equipment, as well.

RICHARD: Yes, yes. Any of these devices have either a heat exchanger that could get dirty or they often have an air-conditioning cooling coil that’s in the air stream. And you start bringing back dog and cat hair and stuff like that, it’s going to affect the transfer from that coil to the air that’s going by.

TOM: So at the least, it’s going to make it less efficient because the air has got to work that much harder to get cool.

TOM: And at worst, it could probably fail the system.

RICHARD: Right. But I – you know what? I’m much more concerned about the health effects for people. The furnace can fail and go away. What we do with the 93 percent of America that is a hot-air system, we are pushing dust and air and just pushing it back around the building and really, just putting it right into people’s lungs. Filtration is a very big story.

TOM: Now, while we’re on the topic, here’s a question that comes up very frequently: duct cleaning. Do you think duct cleaning is something smart to do or only in certain situations?

RICHARD: It’s funny. Some of those ducts have settled in with this sort of a – I don’t want to know what to call it, meaning a scuzz that’s over the inside of the ducts.

RICHARD: And so when you touch it, you sort of – just like knocking out asbestos.

TOM: Loosen it all up?

RICHARD: So, sometimes I say, “Just leave it.” But it still drives you crazy knowing that you’ve got all this dirty stuff down inside the ductwork. So duct cleaning is a big industry right now.

LESLIE: Places for things to really settle into.

RICHARD: It just – it acts like a dust separator. Here’s the air coming with particles in it. And all those dust particles can just fall to the bottom of that duct. And you look down in some of those floor registers, you go, “Wow.”

LESLIE: Yeah. But I feel like when you look at some of the advertisements for these duct cleaners, you feel like they’re all sharing the same stock photo of some horror scene of the dirtiest duct you’ve ever seen.

RICHARD: Yeah, yeah. It does. And actually, nowadays there’s these beautiful, little cameras. You can see down in – these little cameras that are at the end of – for peeking into tight places. You can have them show you what – I think people can get overly worried and clean their ducts too often. They can become anal-retentive about it, just nutty. And so, I think it’s not always that we have to do it as much as some of the clean people want to do it.

TOM: Right. But duct cleaning, generally, on an occasional basis, not a bad idea. But most importantly, get a good filter, maintain that filter and keep your air clean.

So, the challenge is to find a filter that can give you as high a number as you need but not choke the airflow coming through the furnace.

LESLIE: I know the MERV rating. I mean we’ve all heard it but it escapes me right now. What does that stand for?

RICHARD: What is it? Minimum Efficiency Rating Value.

TOM: Now you know why we call it MERV.

RICHARD: It’s much easier as that.

RICHARD: It’s just a way to measure all the filtration.

TOM: Makes sense. Richard Trethewey, the plumbing-and-heating expert on TV’s This Old House, thanks so much for stopping by The Money Pit.

RICHARD: Great to see you guys.

LESLIE: Right. You can catch the current season of This Old House and Ask This Old House on PBS. For local listings and step-by-step videos of many common home improvement projects, visit ThisOldHouse.com.