Tom Kraeutler: This is the Money Pit’s top products podcast. I’m Tom Kraeutler. Have you considered using an electronic lock for your home. One primary concern is, is it hackable? Can somebody break through my code? Is there a way to get it in? I mean, think about all of the concerns that consumers had about garage door openers and someone driving down the street and opening a garage door. Can you get through that electronic security? One company that has dedicated themselves to making sure that cannot happen is UniKey. They are the Intel inside for many different types of electronic locks. With me to talk about that is Dirk Wycoff. Dirk, what makes UniKey kind of hackproof? 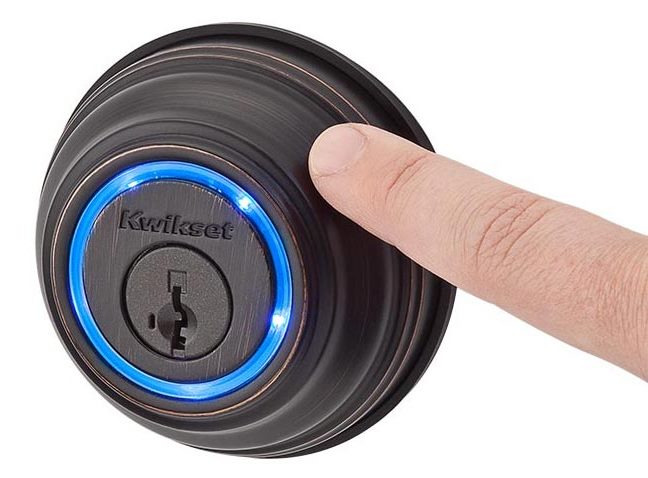 Dirk Wycoff: Well, to start with, nothing in the world is hackproof but nothing here has been hacked. UniKey relies on open published standards. The three main encryptors used, none of which has been hacked to date, right along simultaneously. One piece that I like to push at is, this lock isn’t the weak part of your house. There are plenty of ways for thieves to get in. However, in this lock, they like to think that the people that can break three encryptors at the same time are generally fighting Bruce Willis somewhere and draining the Federal Reserve. They are not at the front door looking for my kids i Pods. Fortunately UniKey’s products have been on the market since 2013. They are constantly black hat tested, white hat tested, and pin tested and we’ve had no vulnerabilities to date and it’s what UniKey is in the background. We are a security company, not a gadget company.

Tom Kraeutler: Let’s talk about one of the applications that you’re demonstrating here at the Consumer Electronics Show. It’s pretty interesting that you’ve enabled a way for us to actually open our doors with our Smart Phones really never leaving our pocket. Talk to me about that. 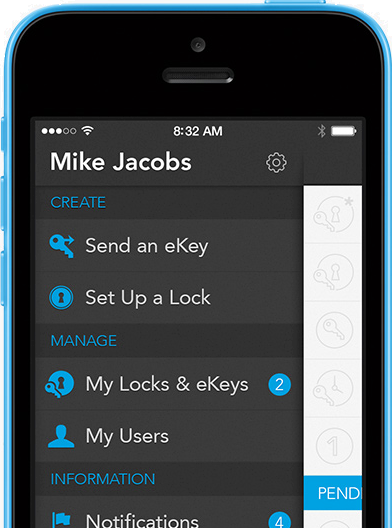 Dirk Wycoff: The definition of smart that we think is, “How do we make access control easier than it is today,” which is a pretty simple transaction of pulling a key from my pocket or a card key at a hotel, or a smart home today might have a RF card, and so forth. UniKey actually makes a process which hasn’t been disrupted for about a thousand years in terms of a standard mechanical key easier. Your phone in your pocket or purse or bag or a fob in my children’s backpack is now your key. We use what’s called, Touch to Open. Approaching a lock and simply touching the deadbolt which you might have on your front door, or a hotel door, or an access control at your office, interacts with your phone, starts the transaction, and in about a second runs a full elliptical curve cryptography and affords you access and control.

The difference that UniKey has is that if I’m peering through the peephole of my home or my hotel room, the lock knows on which side of the door my device is. If the person on the outside does not have an electronic credential to gain access, it’s going to deny them access. If my wife has it and I have it and I’m peering through the peephole, it’s still going to afford her access, but the deliver person, it’s going to deny access if he or she happen to touch my door.

Tom Kraeutler: That’s fantastic. Now how many different manufacturers are using your technology right now? What are some of your key customers?

Dirk Wycoff: We have three people introduced at the show that have been made public. There are some other folks that haven’t yet. QuickSet, the largest residential lock company in America, they manufacture largely deadbolts, which we use in North America, Australia and New Zealand. The difference between residential locks around the world is there is a difference. There are different form factors sometimes even within countries. Locks aren’t agnostic though a good DIY person can change anything. From a residential standpoint, we’ve introduced an Arrone Nightlatch. In the UK, for instance, a Nightlatch is require for homeowners insurance. It’s a strong lock that’s about two-thirds up the door. It’s going to afford that same touch to open entry piece.

We also work with Miwa, who is the largest lock company in Japan. We have residential locks for a high end. We also have hospitality locks associated with Miwa, so that same touch to open convenience can be afforded to your hotel room. I know for instance that me at CES, checking in is quite an ordeal, it takes about a half an hour. If I could have received an electronic credential, bypassed that front door and gained access to my hotel room without pulling a phone from my pocket, plugging in my security code, and opening an app, and pushing a button and twisting a phone in the air. I’m simply making it easier in every case without compromising security.

Tom Kraeutler: Do you see a day when we may check into a hotel room and at the front desk we enable our phones with the room key?

Dirk Wycoff: I think it goes further than that. They are exploring with some of those pieces today, but the technology isn’t easier. I don’t think they’ve asked the right question. The question that they are solving today is, “Can I open a door with a smart phone?” The answer to that is, “Yes, I’ve been able to open a door with a flip phone.” Grad school kids have been hooking Diehard batteries to locks for decades at this point.

What we do is do it easier. I don’t have to interact with my phone. I don’t have to put down my phone from talking on it. I don’t have to put down my coffee or my baggage. The phone in my pocket is going to afford me access the very first time by walking to that door and touching it. When I touch it, it starts that interaction between the door and my Smart Phone and authorizes entry. It knows that Dirk has gotten to his hotel room and that starts the entire process at the hotel. They know I’ve checked in. Maid service knows when I’ve left the room. All the niceties that come with technology without compromising the security to really a convenience product first and foremost. It makes what we do today easier and smarter.

Tom Kraeutler: Dirk Wycoff from UniKey, thank you so much for being part of the program.

Dirk Wycoff: Tom, thanks for having me.

Tom Kraeutler: Where can we go for more information?

Dirk Wycoff: UniKey.com will talk about UniKey interacting with other companies, but you can also go to our partners website. For instance, Quickset.com/Kevo will give you information on that residential product.

Tom Kraeutler: Dirk Wycoff, thank you so much.

Doggy Doors: The Ins and Outs of Pet Portals

How to Replace an Interior Door | Video

How to Turn a Window Into a Door

Insulate a Spare Room in a Garage