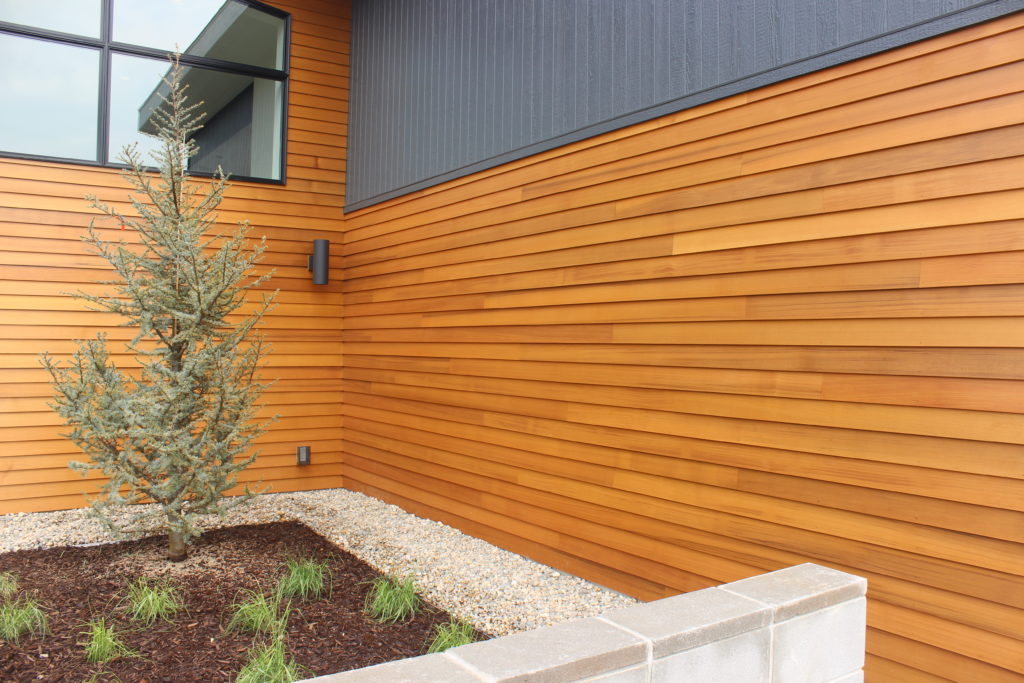 Staining Cedar Shingles: How to Prepare

Staining Cedar Shingles: How to Prepare

LESLIE: Paul in Connecticut, you’ve got The Money Pit. How can we help you today?.

PAUL: We’re working on a paint job where we were covering rough-cut cedar clapboards with Benjamin Moore ARBORCOAT solid stain that’s self-priming. We painted over the same product that was previously sprayed probably about, I’m guessing, seven to eight years ago. And what we’re running into with – just on one side of the house where we’re getting bubbles, like moisture bubbles. It’s morning sun on that side of the house but we’ve never seen a stain – a solid stain – bubble up like that. I’ve seen it with paint but not with the solid stain.

TOM: Well, cedar has to breathe and sometimes when they install cedar siding, they don’t leave enough space under it for it to breathe. And so it tends to get clogged with moisture and I’ve seen that lift stain before.

You mentioned that you’re using a product that both primes and stains. I am not a fan of doing that with a staining product. I just, in fact, repainted my entire cedar-sided house and I did it the same way we did it over a dozen years ago and that was we oil-primed it first. We used an oil-based primer first because we had good adhesion with the oil-based primer. And it really stuck well to the cedar. And then we put the solid stain on top of that.

So, once the paint starts to bubble, any time you have a failure of adhesion, there’s no way to put that back together. If that continues to get worse or if it looks bad enough already, you’re going to have to take that stain off and start again. Because you’re just – it’s never – you can’t stick good paint over bad paint. And if there’s moisture in there, it’s just going to lift that paint right off again.

So, sorry to be the bearer of bad news but I wouldn’t have done it that way. I would have used an oil-based primer first and then I would have put a solid-color stain on top of it.

PAUL: Right. We’re getting that just on one side of the house.

TOM: Yeah. Maybe it’ll just end up being on one side of the house, for whatever reason. But at least on that side of the house, you have to pull that stain off and start again. And scrape, prime – scrape it and prime it properly with an oil-based primer and then you can stain on top of that.

PAUL: What would you suggest for an oil-based primer?

TOM: I think if you stay within one family of products, I would use the same oil-based primer that that particular manufacturer makes for solid stain but as long as it’s oil-based and not acrylic or water or latex-based.

PAUL: So, now, to remove that stain that’s on there now, that – you’re going to lose that rough-cut finish.

TOM: Well, if you wire-brush it, perhaps not. You may be able to remove it with a pressure washer. It depends on how well-adhered it is.

I mean when we did my project, we had an unusual problem with the shutters. We were using a product that the manufacturer said did not need to be primed. And it worked well but it took a long time to cure. And so some of the shutters were sitting around for an extra week before we put them back up. And all the paint peeled off of those. And so we had to actually strip all that paint off and start again. So it even happens to the pros. But once that paint separates, you’ve got to pull it off; there’s just no way to save it.

PAUL: Alright. Thank you for your help.