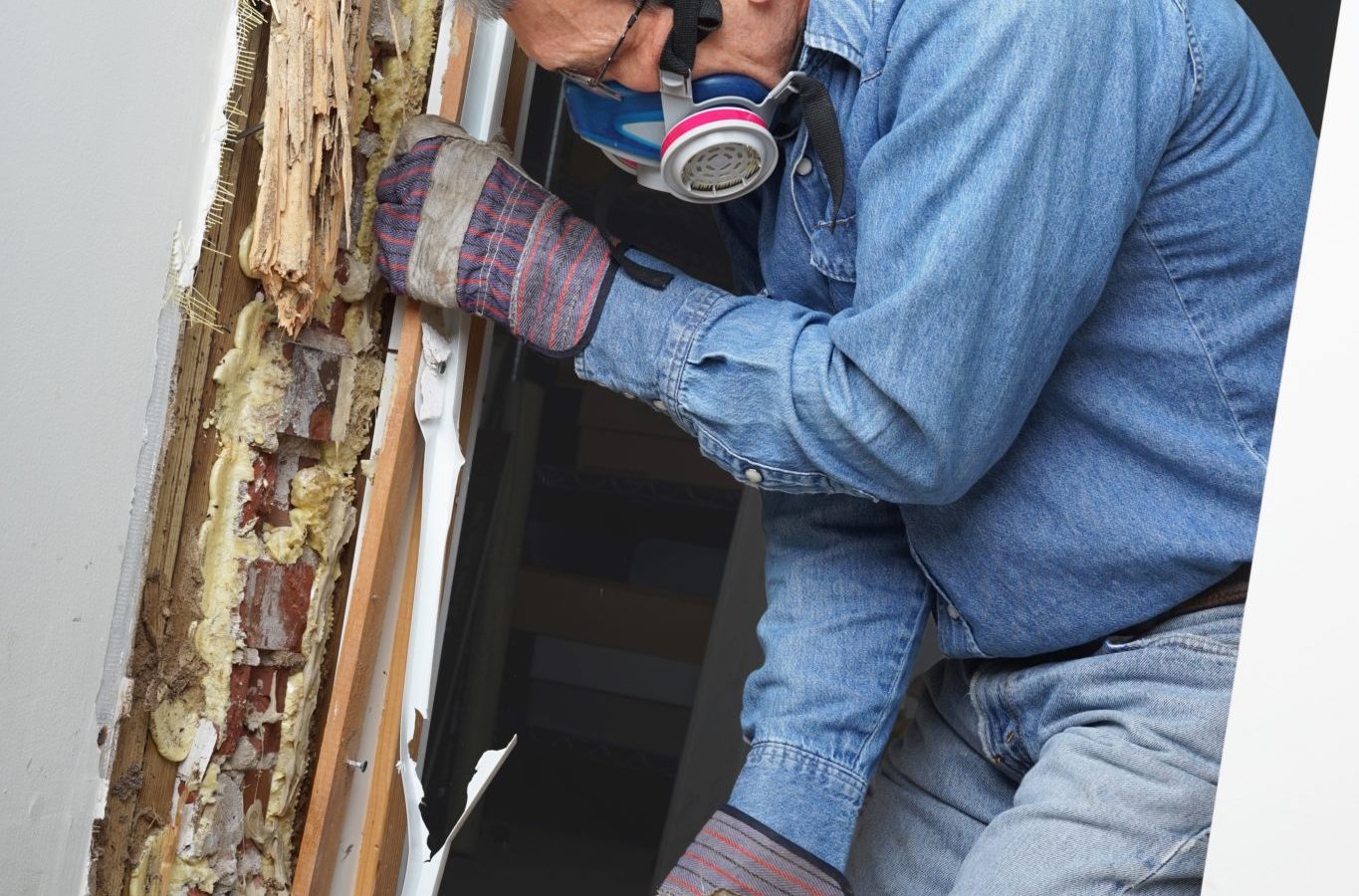 As the weather warms and you venture outside to enjoy the sunshine, termites are doing the same. They’ve spent the cold months nesting deep in the soil around your house, and when the ground thaws, they break out and begin to swarm. Once that happens, you’ll be left with no doubt that they could be living in, under or around your home, and feeding on it as well!

Termite species and how they live

Termites live in colonies, which vary in size from thousands to millions, and they need to eat cellulose from wood or wood products to survive. Termites are most active when temperatures get above 60 degrees, but cold weather doesn’t kill them. If they’ve found their way into a home, the temperature is adequate for them to live year-round. Outside of a structure, they’ll just burrow deeper into the soil during winter weather. The average lot surrounding a home can support three to four termite colonies, and members are willing to travel up to 100 feet from their colony in search of food.

Formosan termites are an extremely aggressive species of subterranean termite found in tropical and subtropical climates. Their colonies are often 10 times larger than those of other subterranean species, and they’re able to cause damage at an accelerated rate. Asian subterranean termites, native to Southeast Asia, are also being found in South Florida where they infest structures, trees and boats.

As for drywood termites, they’re not as widespread as subterranean types, but they can still cause serious damage to structures. This species of termite doesn’t need contact with the soil to survive, and its colonies can contain a few thousand members. Drywood termites commonly target the wood in your home’s structural timbers, framing, furniture and hardwood flooring.

Preventing a termite problem
It’s important to be on the lookout for termites, especially as spring arrives. Warning signs include a temporary swarm of winged insects, discarded wings from “swarmers,” cracked or bubbling paint, wood that sounds hollow when tapped, and mud tubes on exterior walls. Termite hot spots around the home are any location that provides termites with food, water and moisture. They include tree stumps and roots, mulch placed too close to a structure, foundations that don’t slope away from the home, and the concrete around utility pipes, which leaves hidden spaces for termites after it has cooled and contracted.

Most homes, regardless of construction type, are vulnerable to termite attack. These silent invaders can enter through cracks as tiny as 1/32 of an inch. You can do a few things to make your home less attractive to termites, such as eliminating moisture and removing wood sources sitting too close to the home, like mulches or firewood. Also keep gutters clear and downspouts directed well away from your home’s foundation, and pay close attention to dirt-filled porches and crawlspaces, which give termites easy access to wood through foundation cracks or wood that’s in direct contact with soil.

Taking steps to prevent termites from entering your home is important, but if you do have a problem, it takes a truly integrated service to control termites and keep them from coming back. Effective control requires directed liquid treatments and continued monitoring by a professional trained to look for the most common conditions that attract termites. An annual inspection by a licensed professional is also recommended. Since termites eat wood from the inside out, they can be difficult to detect, but a pro can help you stay ahead of an infestation or eliminate one if it occurs.

Protect your home from termites in every season
If you’d like to learn more about how to keep termites from invading your home, visit Orkin.com. You’ll find a range of useful information to help identify and eliminate issues, including a pest library where you can look up any species you’ve spotted in or near your home. You can also find a local Orkin pest control pro to help eliminate termites, and may arrange for a free pest control estimate.

How to Get Rid of Termites

Eliminate Evidence of Termites on a Fence

Replace a Broken Spring on a Garage Door