Roof Need a Do-Over? How to Choose Repair or Replace

Roof Need a Do-Over? How to Choose Repair or Replace

LESLIE: Well, one of the most important structural components of your home might not just be the foundation. We’re actually talking about your roof. It’s going to weather every storm, it protects the rest of your home’s structure and of course, it keeps you warm and dry if it’s in good shape. 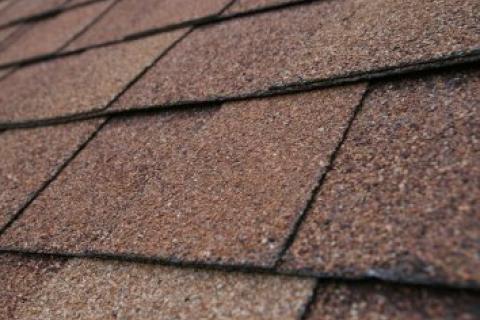 TOM: That’s right. But with all the beating your roof takes, a roof replacement is usually in every homeowner’s future at one time or another. Here with tips to help us through that project is Tom Silva, the general contractor on TV’s This Old House.

TOM: Nice to have you back again. And Tom, just because you have a leak in a roof might not mean that you need a new roof. But what are some of the key signs we should be looking for to know if our roof really has reached the end of its life?

TOM SILVA: If you don’t like to be up on a roof, I’d say a nice pair of binoculars to look from the ground, to look at the condition of the shingles.

TOM SILVA: Usually, the granules will start to wear off. If you clean your gutters and there’s a lot of granules in your gutters, usually at the end of the season, that means that they’re starting to wear down. If the roof is cupped or if the corners are peeled up, that’s a sign that the roof is getting ready to be replaced.

They wear out. The rainwater comes down, hits them and they get abuse from the wind, the rain.

LESLIE: Now, here’s something that we talk about a lot on the show. We talk about when you’re replacing your roof, do you put the new roof on top of the existing roof shingle? Do you take everything off? I know we looked into replacing our roof and in our village, you needed to sort of jump through the hoops to remove the existing layers of shingles there. But if you wanted to just go right on top, you didn’t need any paperwork at all. And I feel like you should take it off.

TOM SILVA: Yeah. Well, I don’t ever put a roof on a roof. I do not like it. I think it’s absolutely stupid. That roof is going to end up in a landfill eventually, anyways.

TOM SILVA: So, for someone to say, “Oh, no, leave it on and go over it,” that’s wrong. It’s absolutely wrong. You’re adding problems because, number one, you’re adding more weight – constant weight – to your roof. And you’re shortening the lifetime of that shingle anyways because it’s sitting on top of an insulation bed, so it can get hotter. And if it gets hotter, it’s going to wear out faster.

TOM: Now, if you are going to strip your roof off, you have an opportunity to reconstruct it, really take advantage of some of the more modern materials that are available today. What would you recommend in terms of, you know, underlayments and ice-and-water shields and that sort of thing, to kind of make sure the base is good to go? And would that change based on what part of the country you’re in? So, for example, if you’re down in Florida – an area that’s prone to hurricanes – might you build it different than you were up in Vermont?

TOM SILVA: Mm-hmm. Well, yeah, absolutely. There are a lot of products out there that will basically keep your house dry and the roof shingle, in this case, becomes basically aesthetic. And their materials are really great.

But one of the things that I look at, when I strip a roof, is I now am able to look at the existing sheathing. What’s the condition of it? Does it need to be replaced? Are there boards that have to be fixed? Then I can look at that, fix what I have to fix and then I automatically renail off the whole sheathing, tighten it back up to the roof structure. That’s important.

Now, if I live in a climate that has a lot of snow and ice, I want to think about ice protection from ice dams. And I’d want to put on a self-sealing membrane. There’s a few of them out there. For example, Grace Ice & Water Shield is probably the one that’s most known for.

But a lot of people put that on incorrectly and even roofers put it on incorrectly. The first layer – the first row – should overhang the roof edge by at least 3 or 4 inches. That should then wrap down around the leading edge of the sheathing, down under and onto the fascia board. Then that has to get protected by another piece of wood because the sun will break it down. Then you put your first course of drip edge on that. It’s a self-sealing membrane. So when you nail through it, the water won’t leak.

TOM: And that’s a great reason, right there, to strip the roof off down to the sheathing every single time. Because you couldn’t do that if you were putting a second layer on.

TOM SILVA: No, you cannot do that. Yeah, absolutely.

TOM: And another point that you made, which I think is great, is about that sheathing. What I used to see in all the years I spent as a home inspector was that the older homes – especially the homes that were built, say, in the 60s or 70s which, of course, to a guy from This Old House is not that old. But that said, those homes, I find, in that era, the ventilation was very poorly done and you see a lot of damaged sheathing.

TOM SILVA: Oh, yeah. A lot of damaged sheathing and lots of times, the sheathing is too thin.

TOM SILVA: Because they started using plywood back then. It was a new deal and the plywood – “Oh, this is really strong. We can put in ½-inch when you shouldn’t put ½-inch on a roof.” You should have a minimum of 5/8. And if you’re replacing a board when older ­- in older houses, you want to make sure that the board you use is the same thickness that the board’s existing. Because with the shingles that they have today, if you use a standard three-tab fiberglass shingle, that shingle will actually fall into that little valley and you’ll see a dip in the roof shingles.

So, it’s not – structurally, it’s fine. It’s just appearance-wise. And those are the little things that bug me. If it’s not perfect, it’s not right.

TOM: That’s right. And that’s our motto: do it once, do it right, you won’t have to do it again for a very long time.

Tom Silva, General Contractor from TV’s This Old House, great advice. Thanks so much for stopping by The Money Pit.

TOM SILVA: My pleasure. Nice to be here.

LESLIE: Alright. You can catch the current season of This Old House and Ask This Old House on PBS. For your local listings and some step-by-step videos on many common home improvement projects, visit ThisOldHouse.com.