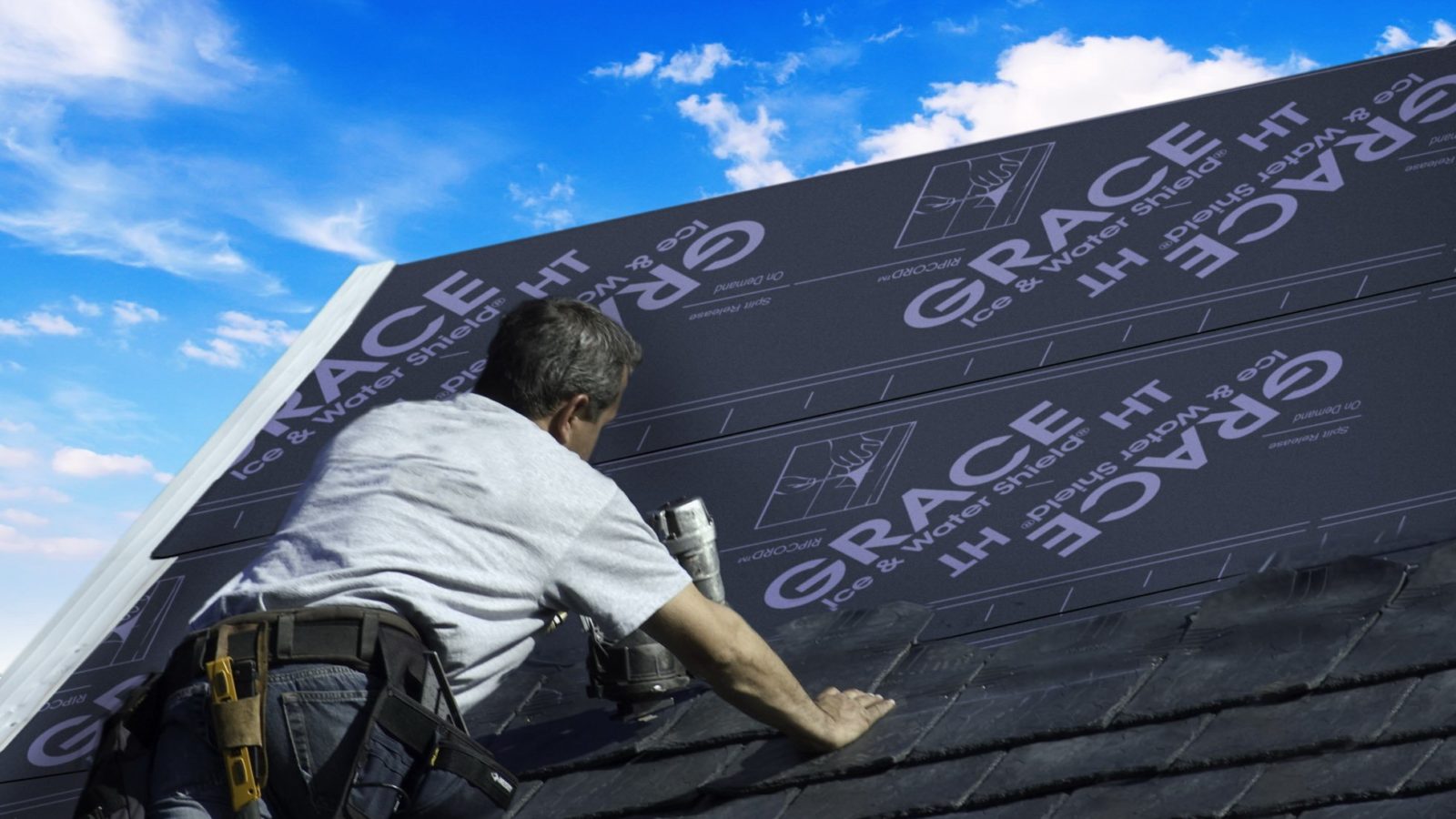 LESLIE: Well, if your roof starts to leak when the snow starts to melt, you might have a common problem known as an ice dam.

TOM: That’s right. Heavy snowfall followed by those warm days often allows ice to dam up at the roof edge, where it blocks that melting snow and can cause some serious leaks inside your house. There is a solution, though, and here to tell us about that is Tom Silva, the general contractor from TV’s This Old House.

TOM: And since roofs usually leak when it rains and not when it snows, this is a problem that has surprised most people. How do we make sure that that meltdown doesn’t end up melting away the walls inside our homes?

TOM SILVA: Yeah. Ice dams can be a major problem. And this last winter, there was a lot of it.

TOM SILVA: Roofs that never even had backup had it this year because there was so much snow. That snow is laying on the roof. Think of that snow as a big insulation blanket. So if you have heat loss in your attic, like not enough insulation …

TOM: Which almost everyone does.

TOM SILVA: That heat is getting through the roof and the snow is being melted underneath. So the water is running down under the snow. When it hits that cold overhang, it freezes. The water continually comes down, the freeze gets bigger. It’s a dam; it’s holding back the water. The water is now running up the roof shingles and not down the roof shingles, getting into the roof below.

TOM: Now, Ice & Water Shield is the product that we usually apply to stop this but that’s not required in all parts of the country where ice dams happen, correct?

TOM: Just to make sure we’re clear here, it goes under the shingles, pretty much the first thing on top of the sheathing?

TOM SILVA: Right. But what a lot of people don’t understand is that first course of Ice & Water Shield should come down onto your fascia board. It should come down the lower edge of the roof. It should wrap the edge of the roof up under the roof sheathing and down onto the fascia board at least an inch to an inch-and-a-half. And then that should get covered by the drip edge and maybe even a piece of trim, because you don’t want ultraviolet light to hit it; it’ll break it down.

Now, I always like to use a minimum of two rows of Ice & Water Shield, because you never know how bad the snow is going to get during the wintertime. And basically, what happens is it’s – basically, it’s an insurance policy to stop your roof from leaking if the water should get under the roof shingles.

LESLIE: Now, what are some of the steps that you can take on the inside of your attic, to sort of keep conditions just right for a proper melt and removal of that water?

TOM SILVA: Alright. Well, the first thing to understand is you want to think about your roof on your house as an umbrella that keeps your house dry. You live in the box below the angled umbrella. If you could take that roof and you could hold it above your house 1 foot, the air outside would run under the roof, keeping the whole roof the same temperature on both sides, the snow won’t melt.

TOM: So in a perfectly ventilated home, the temperature in your attic really should be the same as the outside; it should be ambient.

TOM SILVA: Exactly. Unless you want to make your attic conditioned space. So really, what you need to do is make sure that the insulation in your house is plentiful. The more you have, the better it is. You don’t want to compact the insulation against the edge of the roof at the eave line, because then you could stop the movement of air that’s ventilating air.

Because the warm air that’s in your house is swollen with moisture and when it gets through the attic, it needs to be drawn out. You draw that out a couple of different ways. You can use a ridge vent or you could use a gable vent or you could use mechanical ventilation. But you have to be able to let air in while the bad air can be drawn out; that requires soffit vents. Soffit vents cannot be blocked.

TOM: So if you have a lot of insulation, as the insulation sort of piles down near where the roof meets the exterior wall, we need to put some baffles in there to kind of press that insulation down just enough to let the air flow over top of it.

TOM SILVA: Have an inch-in-a-half to 2 inches of space and that should flow really freely.

Now, one of the issues that I always – I’m always concerned about is if you have a ridge vent on your house and we have a real bad winter, that ridge vent is going to get blocked by the snow for quite a while. So you’re not going to have that warm, moist air being drawn out of the house until you can get some of that ridge vent clear. So you’ve got to be careful of that.

LESLIE: In a case like that, does it make sense to have a gable vent, as well, just to sort of give you that movement? Or get on your roof and do some maintenance?

TOM SILVA: I never like to tell people to get on their roof, especially in the winter.

LESLIE: Yeah, I mean especially in the winter.

TOM: And short-circuits 90 percent of the attic. Right, so …

TOM: Because that air is going to enter at the soffit, ride up under the roof sheathing, exit at the ridge, take out the moisture in the winter, take out the heat of the summer.

TOM SILVA: Right. And when it’s not working and you get ice dams, what happens is that ice-and-water shield will prevent the ice from getting into the house, because it can’t get through that self-sealing membrane.

TOM: Yeah. That’s great advice. And if all else fails, what I’ve found is it usually – not always but usually, homeowners’ insurance will cover ice-dam damage.

TOM SILVA: Right. My biggest issue with this whole situation this last winter where there were so much problems – so many problems with houses – people were getting their insurance company to come in and fix the damage from the ice dams but they weren’t fixing the correct – to solve the problem.

TOM SILVA: Exactly. You’ve got to get up there and fix the roof, yeah. Yeah.

TOM: Oh, that’s great advice. That’s definitely the right way to do it. Tom Silva from TV’s This Old House, you’re going to help us keep our homes dry if we get another bad winter, once again.

LESLIE: Alright. You can catch the current season of This Old House and Ask This Old House on PBS. For your local listings and some great articles on ice damming, you can visit ThisOldHouse.com.