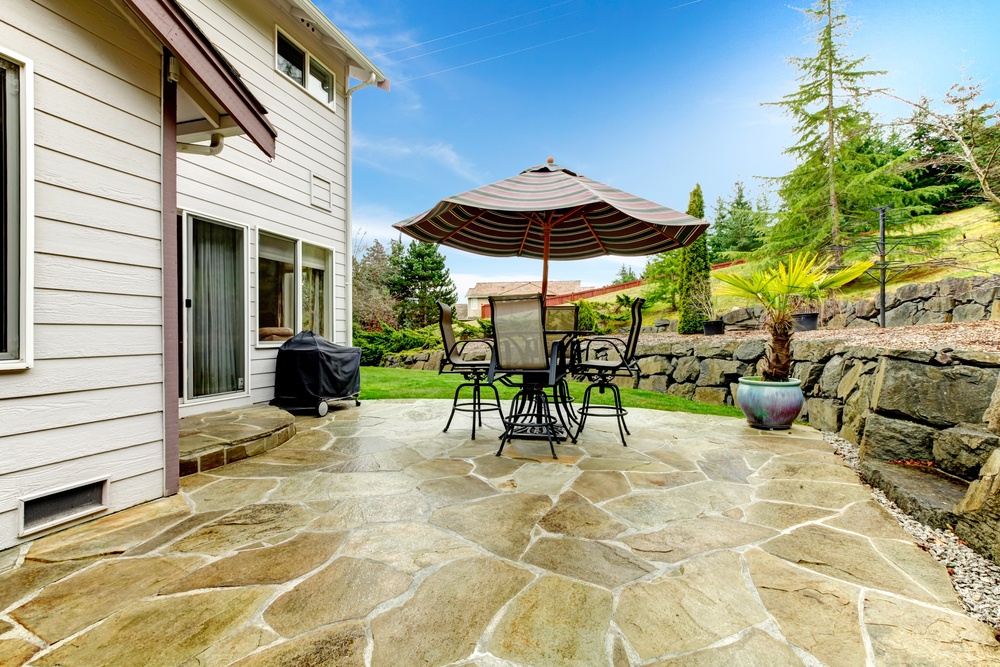 LESLIE: Fonda in South Dakota has a question about a patio makeover. How can we help you today?

FONDA: We are demolishing our old deck that leads to an old patio at the ground level. And the old patio has two substrates. You lead down to a plank patio and it’s like wood – 2x6s, I think – which is in awful shape. It’s probably 30 feet by 30 feet. And then it butts up to a pretty substantial cement pad that’s 20 feet by 20 feet.

And we know we’re going to demo the wood pad but it’s – the question is: what do we put in? Do we have to chop up the old cement pad, which is in great shape, because it’s so substantial? Or can we put in another cement pad next to it for the new patio? Can you go over the old cement with something and stamp it or make it just – and then the other problem is is it’s square. And I would like the new patio at the ground level to be rounder and curvier.

TOM: One idea that I have straight off is to go over the old patio with brick pavers. And if the patio is flat and strong and solid, there’s no reason you can’t put pavers on top of that. and so you could basically create a – do almost a patio makeover by preserving the concrete and putting brick pavers right over the concrete. They’re all going to assemble together. You won’t see them when they’re done.

Now, you mentioned changing the shape. That, of course, is a little more complicated because you’re going to have to build up to the edges. Part of the patio would be over concrete and part of the patio would be over traditional, built-up stone, if that’s possible. But if you want to avoid changing the shape, then it becomes a very easy project to do it with brick pavers. And of course, you have lots and lots and lots of choices on shapes and colors and all of that that you could go with.

FONDA: And on the side that’s not cement, what’s under the brick pavers?

TOM: On the side that’s not cement, what’s under the brick pavers is this. First of all, you dig out, obviously, all the grass and that sort of thing. Then you put down about 4 to 6 inches of gray gravel. You tamp that down really, really, really well. Then on top of that, you lay some sand. Get that nice and flat. On top of that, you put the brick pavers and then you put additional sand in between.

But tamping and properly preparing that ground and tamping that stone really well is critical for a patio makeover. Because if you don’t, it gets all roly-poly over the years and weeds start to grow up through it.