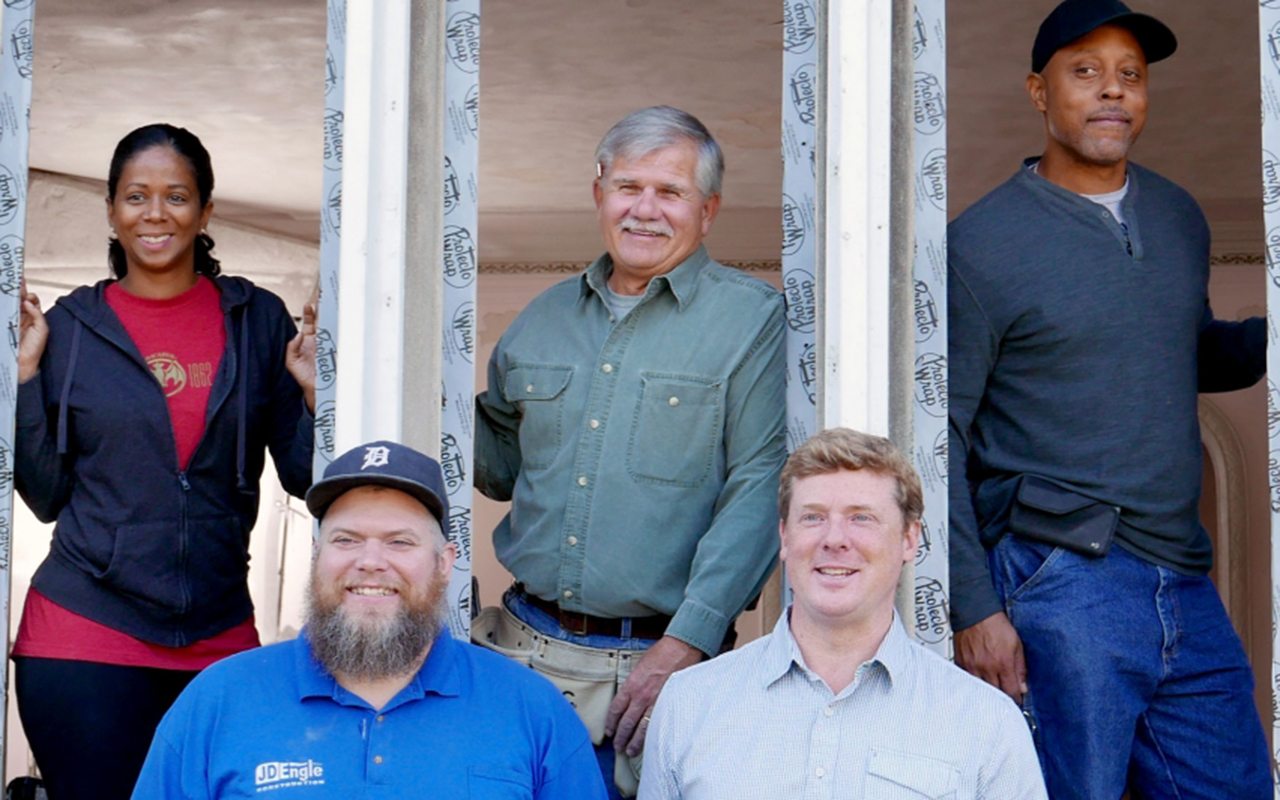 This Old House Renovates Two Houses for its 33rd Season

This Old House Renovates Two Houses for its 33rd Season

TOM: Well, the cast and crew of This Old House are hard at work on their home turf, taking on two renovations: a 10th century Victorian in Cambridge, Massachusetts and a cottage in Essex, Mass for the 33rd season of the hit TV makeover show. 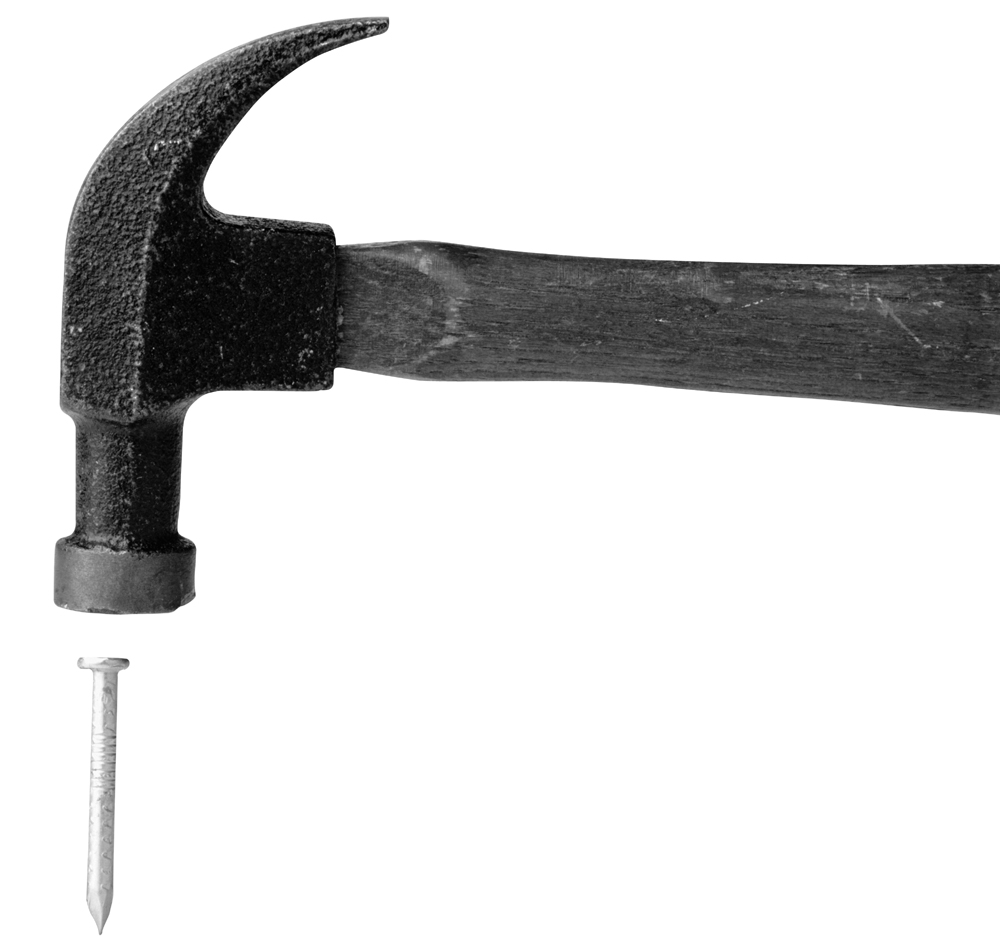 LESLIE: That’s right. The new season is underway and here to tell us what we can expect is master carpenter and friend of The Money Pit, Norm Abram.

NORM: Good to talk to you again, Tom and Leslie.

TOM: Nice to have you, too, Norm. And you guys have been very busy with not one but two houses for the 33rd season. First, how does it feel to be starting the 33rd season? Did you ever think that you would be still involved at this point?

NORM: Oh, unbelievable. I mean every time I think about it, I go, “Thirty-three years? Where did they go?” But I guess that’s a good sign because if we were bored, we’d be saying, “Oh, how long do I have to keep doing this?”

NORM: But on the other hand, every project brings up some new ideas and the technology changes, so there’s always something new for us.

LESLIE: And it’s interesting. You get to work with so many different designers and styles, so it must always be a fun challenge for you, as well.

NORM: Right. And the thing that This Old House, I think, has always been unique at is that we love problems. We love disaster, in a way. Tom and I did a scene the other day on the Cambridge house. We had no idea what we were going to run into and we were hoping it wouldn’t be too boring, it might generate a little bit of excitement. And sure enough, we open it up and carpenter ants come flying out and there’s rot and it’s like, “Oh, boy. This is great TV.”

TOM: Yeah, exactly. So let’s start by talking about the Cambridge project. Beautiful home. I understand it was a worker’s house from the 19th century. Can you – what is a worker’s house? What does that mean?

NORM: Well, it’s just – it’s a little more simple; it’s not as elegant as you might find in some of the other homes, even in that immediate neighborhood. It’s a small lot. It’s a relatively narrow house. Not extremely large. Rooms are tight and it’s kind of dark inside. And in fact, when we got there – we think it was always originally built as a two-family but at the time we got there, the only kitchen that was existing was actually on the second floor.

TOM: Yeah, I saw the – I saw on your website the floor plan. It’s really interesting that this house had a kitchen on the second floor and the first floor, which is where most of us would consider our sort of primary living space, really was very underutilized, wasn’t it?

NORM: Yeah, it had a huge front hallway. You know, you walk in the front door and the stairs are immediately there. That’s no mystery and it’s quite common. But the fact that the hall was so large that the first thing I thought of when I walked in the house is, “Look at all this wasted space.”

NORM: And it was these little rooms and kind of dark, because one house is very close to it on one side. And the homeowners, thankfully they can’t do a lot to the outside because even though it’s not an official historic district, there is a historic commission. So they kind of keep an eye on everything and they want whatever we do on the outside to blend in with the historic houses in the neighborhood. And we’re all for that.

But on the inside, the homeowners wanted just to open the whole space up and make it just a more open floor plan. And because she has Scandinavian blood, there’s a Scandinavian theme to this whole thing, so white walls and some wood used in the ceiling, some things like that. So it’s going to be quite different. We’ve never done anything quite like this.

LESLIE: How challenging is it when you’re dealing with two very distinctly different styles, to sort of mesh the two: the Victorian exterior and the Scandinavian interior? Is there any way to connect them or at that point, you’re just sort of working with these two styles and making them as cohesive as possible?

NORM: Well, there is one connection that we touched on a little bit the other day and that was the selection of the color on the exterior. The homeowner started looking at a couple different colors. When we got there, it was sort of a gray, kind of a dull color and we’re not even sure if that was the original color of the house. But the color that she actually chose, with the help of a specialist, is sort of a yellow color. So it fits in with the neighborhood, yet it has some of that – it’s a popular Scandinavian color, as well.

So, you don’t have to necessarily change the outside to sort of flip it on the inside to make it a completely different architectural style. The only thing that – and this house, fortunately, has good – nice-sized windows in it. So the rooms that do get a lot of sun, by bringing these white colors and a very clean look to the inside, it’s going to look really good on the inside.

TOM: We’re talking to Norm Abram, the master carpenter from TV’s This Old House. In their 33rd season, they’re working in the historic neighborhood of Avon Hill in Cambridge, Massachusetts, to help turn the interior of a badly outdated 1887 Queen Anne into an open, airy, Scandinavian-inspired home for a family of four.

Now, Norm, this is not going to be your only project this season. You also have another home that you’re working on that is called the Essex Project. And you’re touching, in that home, on an area that’s particularly near and dear to Leslie and I and that is the idea of universal design: universally accessible living, making a home that will work for folks of any age and any physical ability, whether it’s a young mom with kids or an aging parent. How is that project going?

NORM: Right. That project is going very well. In fact, the theme of our series this year is sort of city/country. So on the Cambridge project, we’ve got the city, tight streets. There’s a whole mindset to working in the city, which is a little bit different. And then we’re out in the country, which is completely the opposite. Not far from the coastline – the Atlantic coastline – which is unique in itself.

And the house is small. I love this project. It’s kind of – we call it the Hansel and Gretel Cottage. Very steep-pitch roof lines, smallish windows. And the owners really bought it so that they would have a place, as you said, for aging parents to live comfortably. So, we touched on one point recently where the patio on the outside comes in absolutely flush with the floor level of the house and the sun porch so that there’s no step there. So if people start to have difficulty in walking, they’re not going to have to go on steps or find a little threshold that’s going to trip them up.

And the floor plan is open and certainly, even though there’s rooms on the second floor, they’re not really meant for them as much as maybe grandchildren staying over. But there’s a master suite on the first floor, so it’s first-floor living, nice open space, big openings and just going to be a very comfortable house to live in, very easy to get around.

LESLIE: Norm, did you find that you weren’t sacrificing any style to create these universally designed enhancements? It’s still a very attractive space?

NORM: Right. Not at all. I mean I think we’re certainly not anywhere near finishing stages yet; that’s still to come. But the framing is done and you walk in there and you would never think that – you don’t think of it right away when you walk in as being any different than any home. But I think when people get in and see how it functions, then you really see the – how well it works.

TOM: Well, we are thrilled for you in your 33rd season of This Old House. Norm Abram, thanks so much for stopping by The Money Pit, filling us in on the two projects that you’re tackling this season.

If you’d like to tune into This Old House, check your local listings or go to ThisOldHouse.com.