Loss of Power, and Life, Show Radio Hosts the Value of Backup Energy

Loss of Power, and Life, Show Radio Hosts the Value of Backup Energy

“Every week, I tell listeners how to prepare for extreme weather emergencies,” Kraeutler says.  “But, to be honest, I thought the chance it would happen to me was slim.  New Jersey isn’t historically prone to extreme weather.”

Segrete, at home on Long Island, was similarly skeptical of the ominous forecast in late October of 2012.   A hurricane named “Sandy” was gaining strength in the Atlantic Ocean and heading for the northeast.  Even worse, it was expected to make landfall in the New York/New Jersey area during high tide and a full moon… a scenario that would eventually result in devastation for millions in the area and affect homeowners in 24 states, almost half the country.

“I was due to give birth to my second son two weeks later at a hospital in Manhattan, which is the only reason we reluctantly left Long island to stay with my mom in the city,” she remembers.

It would turn out to be a crucial move.

“A few hours into the storm, my husband called our home’s landline.  When the answering machine didn’t pick up, we knew power was already out.”

Kraeutler’s home in New Jersey, where he was camped out with his wife and three children, had also lost power – though the loss initially had little impact.

“I thought I was prepared,” he says with a laugh.  “I was an early adopter, and had a standby generator installed outside our home a decade earlier.  It was a smaller generator that powered some, but not all, lighting and electrical circuits.  It kicked in and kept all major systems up and running once the power went out – our refrigeration, lights, hot water and heat.  Other than all the neighbors who came over for hot meals and showers, you never would’ve known there was an outage until the problems from unpowered circuits started kicking in.”

One day into the outage, Kraeutler’s garbage disposal, which requires power to stay clear of debris, began clogging – forcing the housebound family to rinse and clean dishes in bathroom sinks.

“Luckily, I was able to wire an extension cord to the disposal, run it along the kitchen to an active outlet in the dining room and plug it in so it could run and clear,” he remembers.  “But it was a huge hassle – and made me wish I’d gone with the whole-house generator.”

Nine days later, power was finally restored to the Kraeutler’s home.  In Long Island, though, panic was still in full swing: Power and gas were still out, and a string of violent robberies left residents fearful to even stay inside their unpowered homes.

“We heard through the grapevine that people in our town were lining up for hours outside the library, which had a generator, just to charge their phones,” Segrete remembers.  “Older women were dressing up nicely and sitting in the lobby of a nearby fancy hotel to stay warm and safe.”

All of which kept Segrete, her husband, and young son in Manhattan until baby Charlie was born almost two weeks after Sandy.

“Amazingly, the day Charlie and I were discharged from the hospital was the day power was restored to our home on Long Island.  It had been out for eighteen days.”

But the real storm, it would turn out, had yet to touch down.

Two months after Hurricane Sandy and only six weeks after the birth of their infant son, Segrete’s husband passed away suddenly – leaving her to care for their two young boys and their single-family home on her own.

“Everything changed,” she says quietly.  “Things that had seemed unimportant took on new meaning.  We’d randomly installed a security system the year prior.   I don’t even know why we did it, to be honest.  But with my husband gone, I was so thankful for that security system.”

With Hurricane Sandy fresh in her memory and a long winter ahead, Segrete made what seemed like the wisest choice for a mom adjusting to solo parenting: She had a KOHLER whole-home generator installed on her property.

“I reached out to Kohler, because I’d heard good things about them.  They helped me select a whole-house generator that worked for my needs. ” 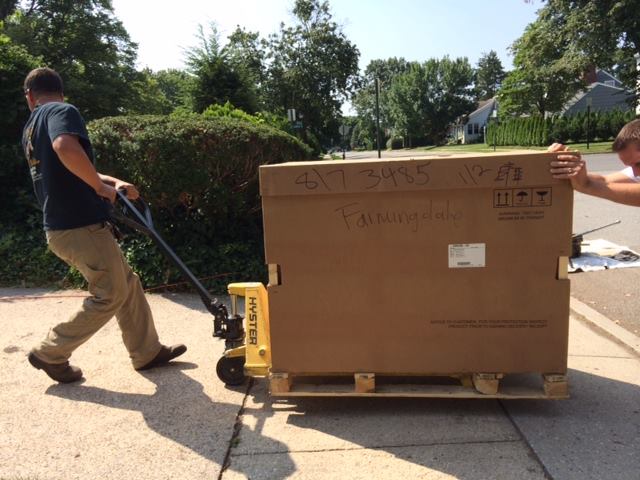 Installation took two days.  Segrete had a gas line run to the site of the generator, a meter installed, and a foundation built to support the new addition to her property. 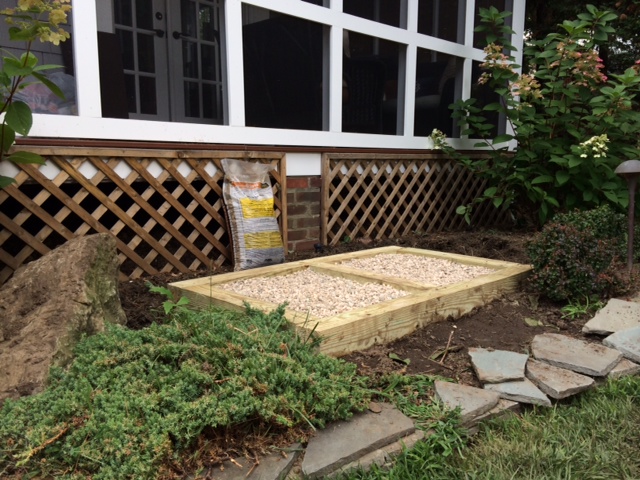 “The electrical inspection was the only minor hurdle.  Everything else, and everything related to Kohler, went smoothly.  I had to be on-site for the installation, but I spent most of the day inside with me boys.  I knew my property was in good hands.”

The result?  Huge relief, she says.

“If something happens in the summer, we’ll still have air conditioning.  If there’s an outage in the winter, we’ll have heat,” she points out.  “It would take more than a power loss to force my boys and me to seek shelter somewhere else.  That fact is so huge for me right now, even just in thunderstorms.”

Hurricane Sandy also prompted Kraeutler to upgrade to the whole-house KOHLER 20-kilowatt KW RESB, complete with an automatic transfer switch and OnCue Remote Monitoring – which allows him to check in on the generator from any location.

“We thought about heading out of town a few days after Sandy, to stay with family who had full power.   But if our generator had given out while we were gone, we’d have no idea.  We’d already gotten through the worst of the storm.  I just couldn’t risk sump pumps and other electronics going down without me knowing it.  But this is no longer a concern now that we have OnCue.”

“People say, ‘What if Sandy was a fluke and you never need the new generator?  You’ll have wasted money.’  But the truth is, generators are becoming a hot selling point.  They’re featured prominently in listings and contribute very nicely to a home’s value.  And if a whole-home generator isn’t within a budget, one of Kohler’s new 8, 10, or 12-kilowatt standby generators, which are equally reliable, add a lot of value and security at a more accessible price point.  Even if you never use it, it yields returns.”

The real value for Segrete, though, is the peace of mind.

“I don’t care if we have eighteen days of no power again, because I’ll feel safe and secure.  I can have people come to my warm, lit home, and we’ll be together and have all the food and drinks we want, knowing we’re safe.  That assurance is huge.”

Does Solar Energy Make Sense for Your Home? 3 Things to Know!How to Stretch Black Friday Electronics Deals into Year-round Savings