Tom Kraeutler:    Welcome to The Money Pit Top Products Podcast here in Greenbuild 2013, and learning right now about the new developments in the Energy Star program and appliances with an expert John Taylor who runs communications for LG Electronics. Welcome John.

John Taylor:    Thanks for having me. 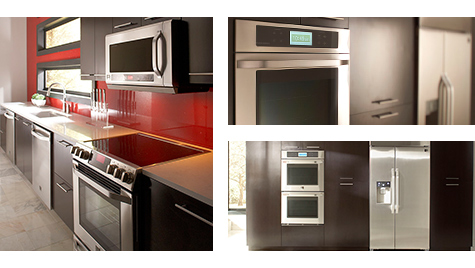 Tom Kraeutler:    The Energy Star program has done a lot to help America save lots of money, lots of energy, and lots of resources. LG’s been a leader in that through the years. What are some of the latest developments that you’ve been involved with when it comes to Energy Star?

John Taylor:    LG is proud to be an Energy Star Partner of the Year and we’ve really worked closely with the EPA and DOE on the next generation of specifications that are really going to help drive energy efficiency. Today Energy Star is such a recognized brand that connotes not only energy efficiency, but quality and reliability. That’s why it’s such a major focus at our company.

Tom Kraeutler:    Now you were telling me earlier that there’s an additional level of Energy Star qualification that you guys are proud to have worked to develop and that’s the super high efficient level of energy star. Tell me about that program.

John Taylor:    There’s a designation from the EPA called Energy Star Most Efficient that really connotes the most efficient products on the market. When this first came up a couple of years ago, there was a lot of debate in the industry whether it might actually detract from the core Energy Star brand. We broke ranks with the rest of the industry and really pushed to move this forward because we think it really is helpful to consumers to identify those most energy efficient products.

Tom Kraeutler:    Now if consumers are facing an appliance purchase, there’s a lot of information that comes at them. It becomes almost like kind of white noise and you have to sort through that and make some realistic decisions on how energy efficient you want to go, what your budget is. What’s the best way to start that process and sort it out to end up with the right decision?

John Taylor:    All of our consumer research shows that sustainability and particularly energy efficiency continues to rise in terms of its importance in the consumer purchase decision. Particularly for appliances, but even rising for television sets and other products. It’s already on their radar, we urge consumers first to look for the Energy Star label, look for Energy Star Most Efficient and do their research before they go to the store and talk to dealers that they really rely on.

Tom Kraeutler:    If somebody wants to purchase, let’s make it simple, and say a refrigerator, how do they go about making sort of an apples to apples comparison of benefits and features?

John Taylor:    I’m glad you asked that. It’s going to get pretty complicated in 2014. As the new Energy Star regulations kick in, there’s going to be a transition period where on the sales floor you’re going to see two FDC Energy Guide labels and one of them is going to show a higher amount of energy consumption but that refrigerator perhaps actually uses less energy than the one next to it. The reason is, under the new guidelines the Department of Energy Testing will start testing things like ice-maker energy for the first time. There’s going to be a massive effort on the part of our industry to help educate consumers. Retailers are part of that process, the Association of Home Appliance Manufacturers is helping to drive that in cooperation with the EP so it’s going to be kind of a complicated and challenging year for consumers who are shopping. We urge them to really understand that just because the new Energy Guide label shows a higher annual consumption, it doesn’t necessarily mean that it uses more energy.

Tom Kraeutler:    We’re talking to John Taylor with LG Electronics at Greenbuild 2013. John, you guys are a part of a beautiful building that was constructed right here inside the Trade Show Hall and it was constructed by Simplex Homes. You have some new appliances here from the Studio line, tell me about those.

John Taylor:    We’re thrilled to be here as part to the Simplex Homes Cabin. It’s a modular home designed for net zero performance and a key element of that is finding the most energy efficient products throughout the home.  We’re proud that the LG Studios Series is here. That’s the pinnacle of our product line and it shows that at LG it’s all possible. You don’t have to sacrifice energy efficiency to have the best performance and best style.

Tom Kraeutler:    Now LG is associated with appliances but more and more you have become the market leader in the HVAC area.  You’ve also provided the heating, ventilation and air conditioning system for this property. Tell me about that.

John Taylor:    The system here is a multi-zone system, that allows you to control the heating and cooling in the kitchen area, main living area, and the bedroom. You have the utmost comfort and it’s really really energy efficient. Some of our larger systems actually can earn as many as 16 lead points.

Tom Kraeutler:    Finally consumers want to be green but I think they tend to be overwhelmed by all of the choices. We’re talking about a net zero building here that’s got all the bells and whistles possible, but it’s not that complicated. If you want to be green you can be green simply by purchasing energy efficient appliances or changing a light bulb correct?

John Taylor:    We like to say you can do one thing Energy Star. Even small changes can have a big impact.

Tom Kraeutler:    Terrific. John Taylor from LG Electronics.  Thanks so much for being a part of the Money Pit Top Products Podcast.

John Taylor:    Thank you for having us