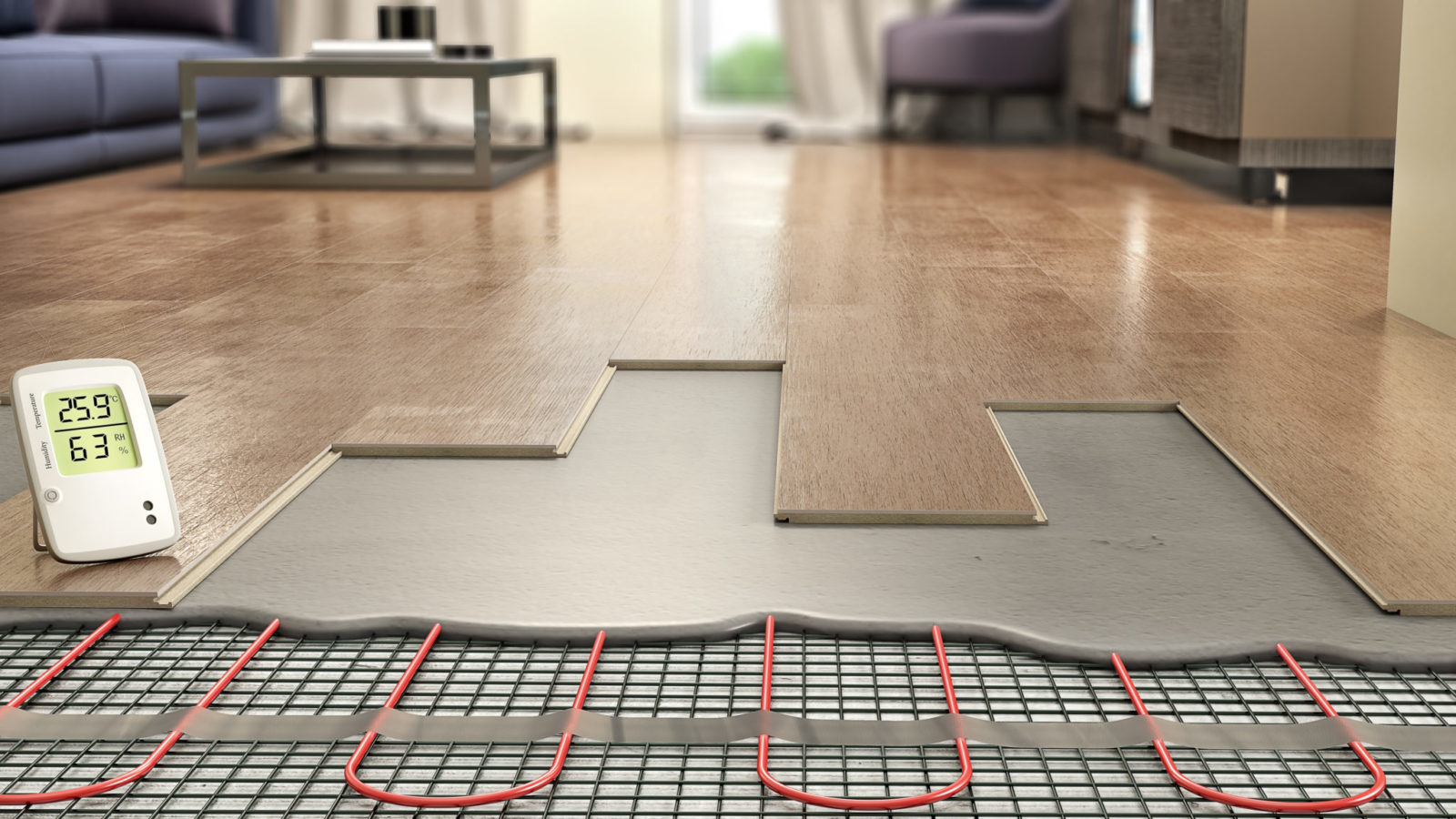 LESLIE: Tom in New York has a question about flooring in the basement. How can we help you?

TOM IN NEW YORK: Yeah, I’ll be moving into a house that has asbestos floor tiles in the basement and I wanted – and some of them are loose; a few. But I want to know the best way to cover that so I can put on a new floor. And should I remove that asbestos tile? I’ve been told not to do that.

TOM: What kind of floor do you want to put down, Tom?

TOM IN NEW YORK: I would go, perhaps, with a ceramic floor.

TOM IN NEW YORK: Yes, I have one in my present house in the kitchen …

TOM IN NEW YORK: … and it’s done very well. I was concerned about putting that below grade.

TOM: No. No concern whatsoever. That’s one of the flooring types that we would definitely recommend as a below-grade product and, believe it or not, you can also put in hardwood floor below grade if it’s a type …

LESLIE: As long as it’s a certain kind called engineered. You don’t want to put a solid wood floor down in a super-moist situation. It’s not going to last. It’s going to warp and twist and be a giant mess.

TOM: Engineered hardwood is made up of different layers, much like plywood, except it looks like it is hardwood on the top surface. And either engineered hardwood or a laminate floor are going to lock together and have a soft underlayment underneath, which takes up any imperfections in the floor.

So I think those would be great choices and, frankly, the easiest way to get a floor down in your basement. This way you don’t have to worry about the poorly adhered tiles. If they’re really loose and floppy I’d take them out, lift them out and dispose of them. But if they’re stuck and flat I would just go right on top of them. I don’t think you should stir that hive, so to speak, by taking up those tiles if you don’t have to.

TOM: You can put the underlayment down, assemble the laminate or the hardwood floor on top of that and you’ll be good to go.

TOM IN NEW YORK: OK, great. What’s the underlayment made of?

TOM: It depends. Each manufacturer has a different one. The Formica one looks a little bit like a thin foam. Armstrong has one that’s a little more sort of woolly looking. They come on rolls. Some of the manufacturers have the underlayment actually attached to the underside of the laminate itself.

TOM: So it varies by product but it’s about an eighth-of-an-inch thick and it gives you a little coverage of the uneven areas; helps smooth everything out.

TOM IN NEW YORK: Excellent. And they’re not affected by any moisture that might be coming through the concrete?

TOM: No. No problem whatsoever.

TOM IN NEW YORK: No problem?

TOM: I’ve taken laminate floors and actually immersed them in tubs of water. It has absolutely no effect on it.

TOM IN NEW YORK: Excellent. Thank you very much.

TOM IN NEW YORK: Great show. I listen every week.

9 Fabulous Flooring Options for Any Room

Laminate Flooring for your Basement

How to Select New Flooring: Carpet vs Laminate