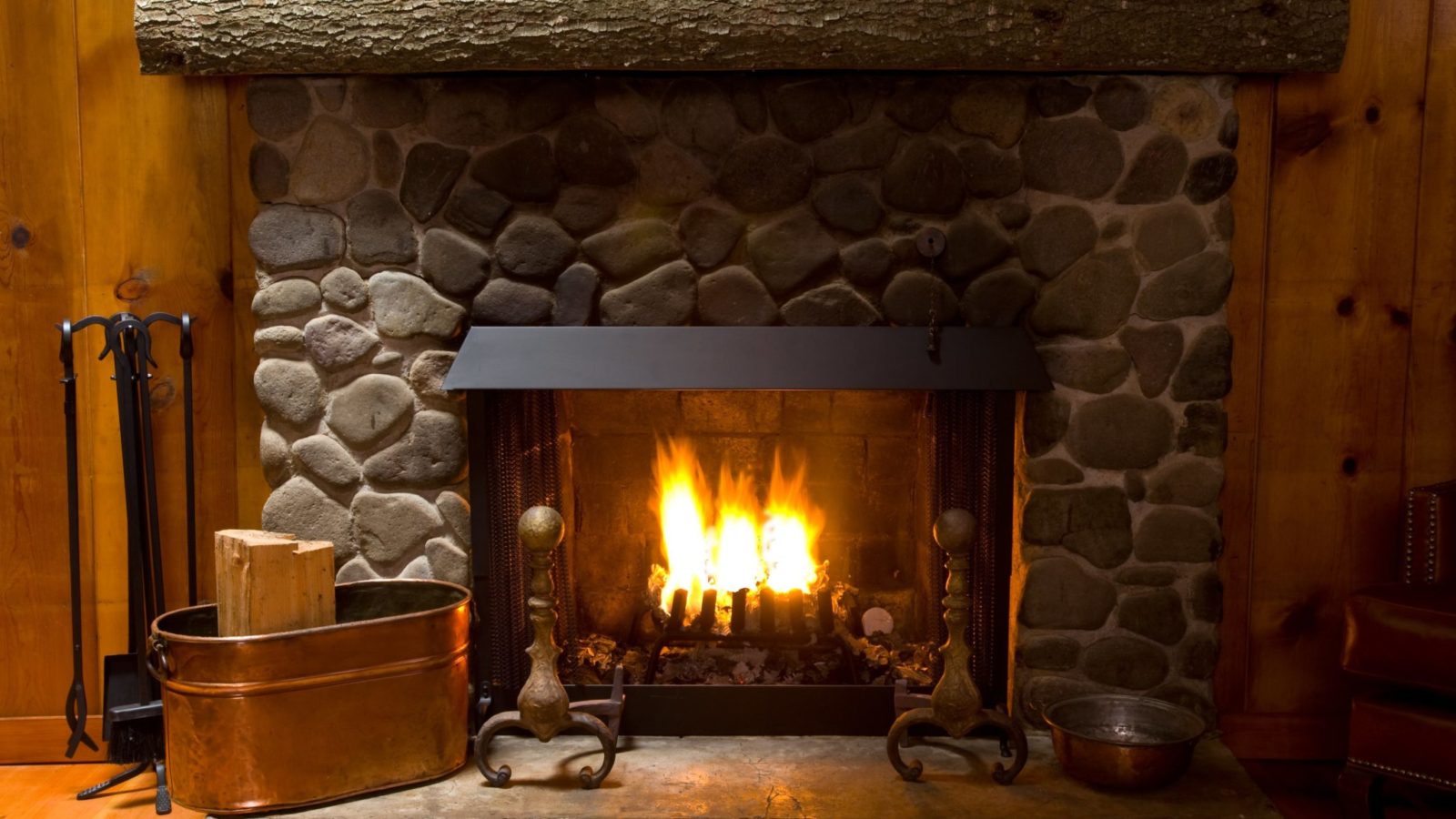 LESLIE: Denuza (sp) in Georgia is on the line with a question about how to improve heating distribution from fireplace. Everybody is chilly this winter. What is going on down there?

We live in an Arts & Crafts house and there’s a fireplace smack in the middle that faces two ways: to the entrance and then opening to what would be the kitchen and dining area.

DENUZA (sp): The opening to the front door is a fireplace. The other one was, at one point, blocked. And I know we have two chimneys. My question is: is it possible, do you think, for me to integrate, to open it straight through to make it one fireplace that would go both ways? Or would I have to stick to the way it was built: one way and the other way?

TOM: So, in other words, you would like the fire pit to go straight through from one side to the other to improve heating distribution from fireplace.

DENUZA (sp): Yes. But I have two chimneys that’s on top.

TOM: Yeah, I don’t think so. I don’t think you can do that, because the structure of this is such that you probably have one physical chimney and then you have two liners or two flues.

So, why would you want that to be opened up? Just for aesthetics?

DENUZA (sp): And my question would be – even if I did it using, you know, the gas kind of dealy – or do I still need a chimney for that?

TOM: I think, if you’re asking me, “Can I put a gas fireplace in there where – without venting it?” And I would say, “No.”

TOM: Well, because there are non-vented gas fireplaces. I’ve never liked them at all. They’ve always made me very uncomfortable. They do dump a lot of moisture into the house. And they’re allowed here in the States but I think, last time I checked, they were illegal in Canada who is much more conservative about things like this.

TOM: So I would never use an unvented gas fireplace. I also would not convert those existing wood fireplaces to gas fireplaces, because they’re going to burn a lot of gas. Be really expensive to run.

What you might want to do is think about seeing if there was an insert that might be available for the fireplace side. Because that can have some built-in circulation with a vent fan that could improve heating distribution from fireplace of that one side.

And then you mentioned that one side’s blocked. I’d like to know why it was blocked, if the chimney is still – the flue is still functional, if it’s deteriorated. Maybe it’s not lined. I don’t know. But you ought to find out why it’s in the condition it’s in. So I think you need to talk to a good home inspector or a very good chimney contractor. Not a sweep, OK? And I want you to be cautious not to find somebody that just wants to sell you a big repair but somebody that can give you some true, independent, expert advice as to what it’s going to take to get this working again, OK?

DENUZA (sp): OK. Thank you very much. That was very helpful, because I think the thing that most helped me was about the non-venting thing.

DENUZA (sp): I didn’t realize how dangerous that could get. But thank you. I really appreciate it.

TOM: Yeah. Yeah, take that out of consideration.