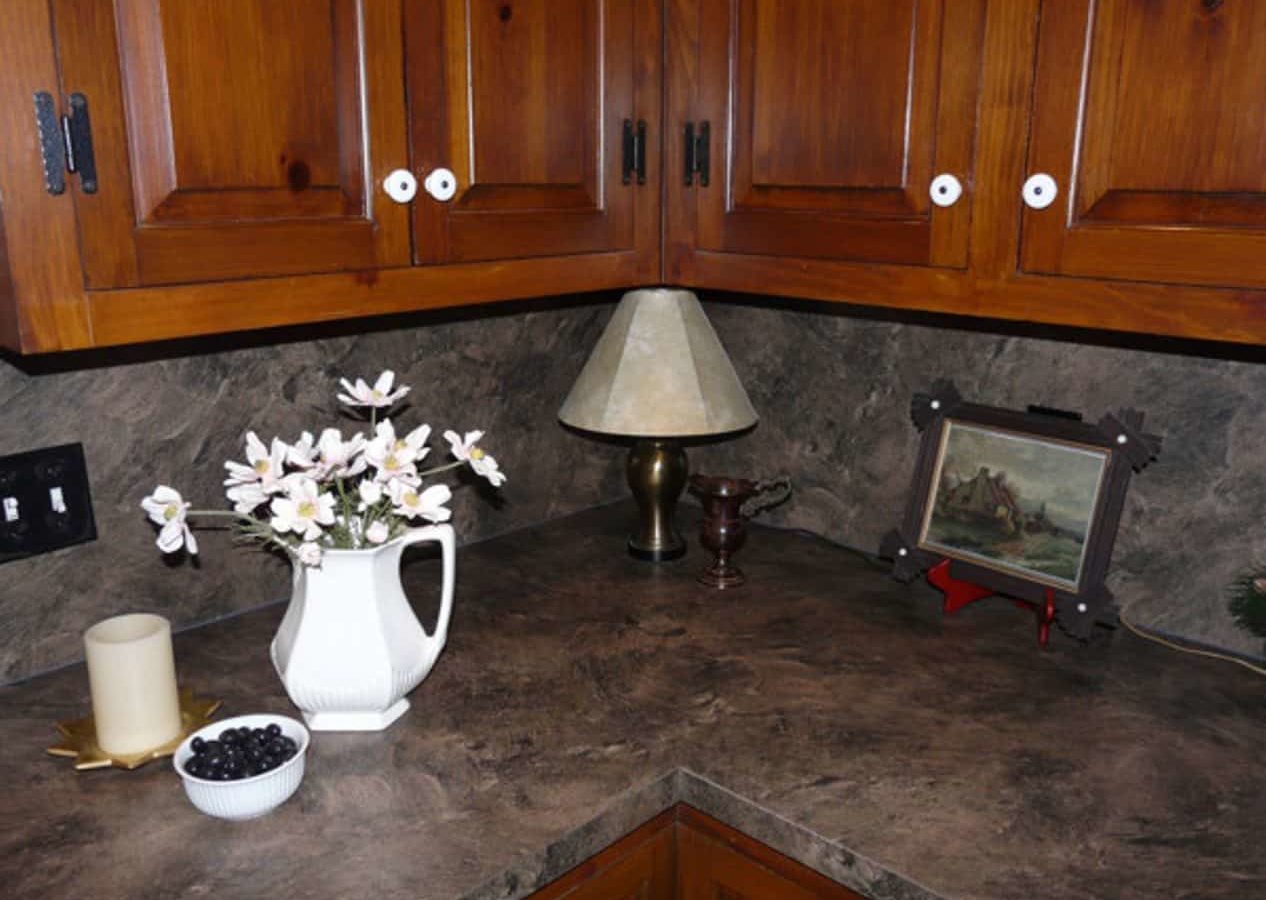 LESLIE: Well, laminate countertops, they’re inexpensive and they can give you the look of natural stone, of course, without the price tag. And they certainly can last a long time but they aren’t quite as durable as stone. 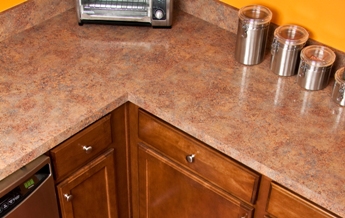 TOM: That’s right. And the good news is, though, that some of the most typical problems can be repaired. Here to talk about that is Tom Silva, the general contractor for TV’s This Old House.

TOM: You know, inadvertently laying down a hot pot or scratching the surface can definitely be one of those sort of “oh, no,” “holy cow,” and other-words-that-I-can’t-say-on-the-radio moments.

LESLIE: Which is what you’re saying.

TOM: I mean how do you get out of those problems? Are those types of things fixable?

TOM SILVA: In some cases, if the hot pot is down there and it’s just bubbled the countertop, you may be able to reheat it. Sounds silly. The hot pot loosened it; now you’ve got to reheat it to put it back down.

TOM: Even without getting additional adhesive in there.

TOM: Just if you get it to restick itself sort of right away.

LESLIE: So this is a sort of – you’ve got to react as it’s happening.

TOM SILVA: Well, no, you can eat and then heat up the pan again and put it down. But it’s smarter to do it right away.

TOM: What if you have physical damage in the countertop? Is there a way to kind of do selective surgery and just replace one chunk of it?

TOM SILVA: Yeah, you can cut in a cutting board. It’s probably the easiest way if it’s – if the cutting board is in a good location.

TOM: So, basically, you’re essentially cutting out that area of laminate and replacing it with a cutting board.

TOM: You know what the beautiful thing is about doing that? And somebody else will come into your house the next week and go, “Wow, I didn’t know cutting boards were available. What a great idea. How do you get one of those?”

LESLIE: “What a great idea.”

TOM SILVA: Yeah. Yeah, exactly, exactly. Well, all you do is put one of the pans on your countertop that’ll ruin it and then you can cut one in.

LESLIE: And then the cutting boards sits in top of – in that?

TOM SILVA: Yeah, some of them, they have this little metal ring that goes around it.

TOM SILVA: And you put the metal ring in. Some of the counter boards just – cutting boards fit in that little ring. Drop it in. You can actually pop it out and flip it over, so when you wear it out – if you’re using a wooden one.

LESLIE: You know, one of the other common things that I’ve noticed – when we first bought our house, we had a lovely Pepto-Bismol pink laminate countertop. And while we lived with it for a while until we could afford the granite, the edge just kept popping off.

LESLIE: And I feel like that’s always one of the areas that fails first.

LESLIE: So what can you do to make that sort of either reattach or replace it?

LESLIE: Mm-hmm. You get stuck on it.

TOM SILVA: Once you’ve caught it, you’ve got to either try to heat it back on with an iron, soften it gently – the glue – and then push it back on with a roller or something firm. And if that doesn’t work and you can’t get it or your piece is broken-out, you’re going to have to replace it

And you’re going to have to find a piece somewhere in the kitchen, usually beside the stove or the refrigerator or in a dead corner – you can – may be able to steal a piece right out of that corner and patch it right into that piece that’s been damaged.

LESLIE: And you don’t use any buffer between the iron and the laminate itself? You don’t need a towel just to prevent further burning?

TOM SILVA: You’ve got to make sure that you don’t overheat the iron. You don’t – what’s – I don’t iron clothes but I mean there’s got to be …

LESLIE: I get an iron, I go crazy with it.

TOM: Look, you can always go hotter. Start medium and work your way up from there, right?

LESLIE: So low heat, no steam, be careful.

TOM: What if you have more minor scratches? Is there such a thing as a scratch filler or a seam filler?

TOM SILVA: There is, there is. But you know what? I find that they don’t really work that great. It’s a temporary fix. If you’re going to eventually change it, you may be able to do it. But you can even try those sticks that they use in – wood fillers, like a (inaudible at 0:27:32).

TOM: They look like the freezer pencils a little bit.

TOM: But they’re – they have stain in them. Yeah, OK. Sometimes, though, that almost just highlights the scratch, right?

LESLIE: A mixer, some sort of large appliance.

LESLIE: Alright. You can catch the current season of This Old House and Ask This Old House on PBS. For your local listings and some step-by-step videos on how you can repair a laminate countertop, visit ThisOldHouse.com.