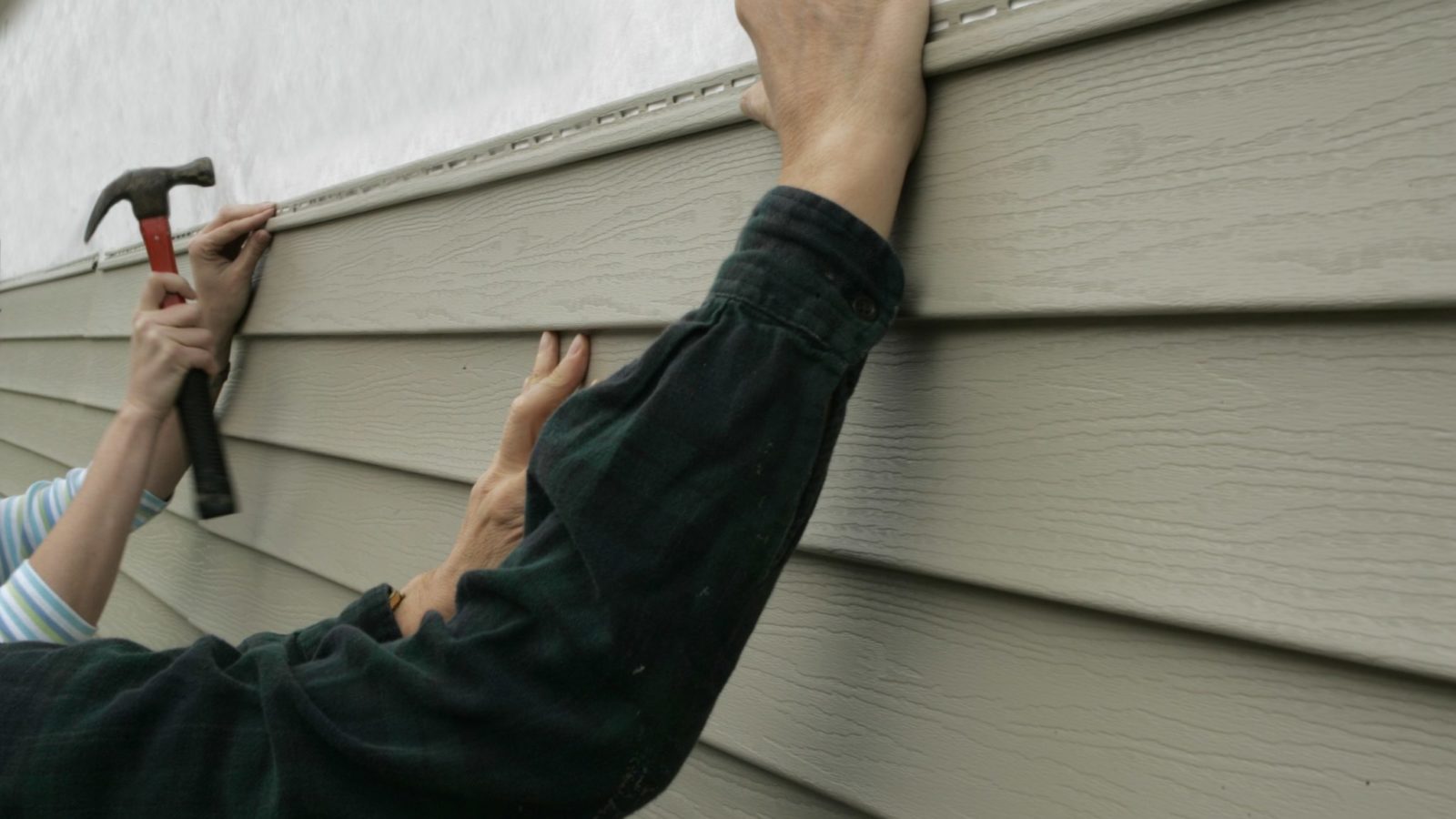 How to Repair Cracks in Composite Siding

Home » Home Page » How to Repair Cracks in Composite Siding

How to Repair Cracks in Composite Siding

LESLIE: Now we’ve got Elizabeth in Idaho who’s dealing with some cracks in composite siding. Tell us about it.

ELIZABETH: So I have a 1970-built house and with composite siding on the entire house. But on the west side – where it gets most of the weather, the heat and the rain and wind and so forth – the horizontal siding has split where the siding joins themselves and has spread open as much as a ¼- to ½-inch.

TOM: Were the cracks in composite siding just in one area or are they all over the place?

ELIZABETH: It’s mostly on the west side of the house that gets the brunt of the weather.

TOM: OK. So many places it’s coming apart or just a couple of places?

ELIZABETH: Quite a few, quite a few. I’d say 10 places on the back of the house.

TOM: I would caulk the seams. If it’s ¼- to ½-inch, I would caulk it. I would get caulk that’s colored to match the siding and I would apply a bead of caulk. Because the other thing to do for cracks in composite siding, of course, is to put new siding in. You would have to cut out the old siding and overlap that space and then paint it and it’s a really big project. So, I would caulk it and call it a day.

ELIZABETH: OK. We have tried that and we’ve used a product – is it OK if I say the name of the product?

ELIZABETH: And we used DAP DYNAFLEX 230. And we’ve also tried DAP Alex Plus. And after we put that in, we went out to look at it after about two or three days and then the – that area has just gone concave. So it’s just sunk into the siding, so it leaves a big concave area where it was once just a crack.

Now, can we put something over that? Should we just keep putting layers on?

TOM: I think there’s a misunderstanding with what you’re trying to accomplish here, OK? What we want to do is keep the moisture from getting in there. And when you caulk, yes, it is going to dry and it’s going to shrink and actually sort of fill in very tightly any gap that you have there. You’re not using a wood filler, OK? You’re using a caulk for cracks in composite siding.

And so I would not worry about small concave gaps like that in between the caulk; that’s what I would expect it to do. Doing that, if you want to paint it over so it’s all the same color, you can probably blend it in more. But that is exactly what it should be doing.

ELIZABETH: Alright. Well, it’s just kind of unsightly where it comes together; it’s just a big concave area. But it looks better than the crack, so …

TOM: Let’s hope that’s the biggest problem you ever have with your house, OK?

ELIZABETH: I hope so.