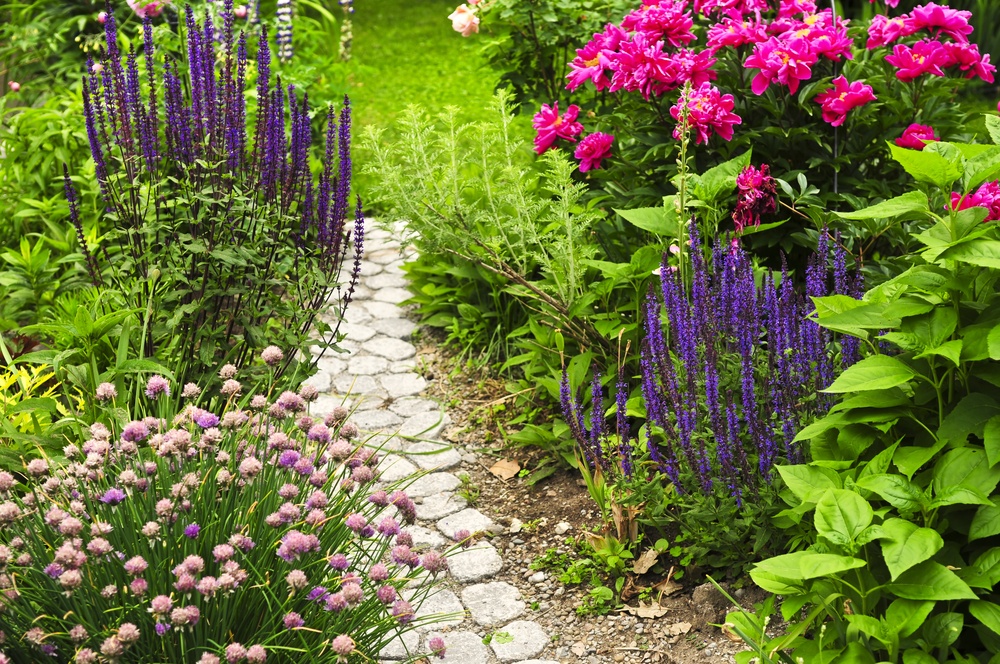 How to Lay a Stepping Stone Path

How to Lay a Stepping Stone Path

LESLIE: Well, a stepping-stone path can be a beautiful addition to a yard or garden. Even better, it can help limit foot-traffic damage to your lawn. But while it may seem like you can just plop down a few stones and call it “done,” it’s really 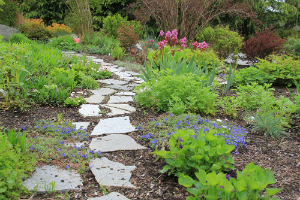 TOM: Absolutely. In fact, this project requires just as much care and work as a paver patio. Here to talk to us about laying a stepping-stone path the right way is Roger Cook, the landscaping contractor for This Old House.

ROGER: Time to get down with some stones, huh?

TOM: Yeah, let’s do that. And I think people think it’s really a simple project. Because let’s face it: you’re just throwing down a rock and walking on it. But if you want it to look good for the long haul, you really have to do it the right way. Where do we begin?

ROGER: Well, it begins with probably buying some of the stones that you want to put down. Because we’re going to put up a string line first to get our grade, then we’re going to set those stones down and make them look comfortable and curvy and completely natural.

ROGER: It is. If it’s in grass, you’re going to leave a nice ribbon of grass that’ll show up in between the stepping stones. If it’s not in grass, you can take that out and you could do something called “stepables,” which is a type of plant that can grow over the edge and you’d step on them. Lemon thyme is one of the great ones.

LESLIE: There’s some really cute ones in the stepable section.

ROGER: Yeah, yeah. It’s a lot of good stuff that will fill in …

LESLIE: See, I spend a lot of time in the gardening section; I just don’t actually do any of it because I kill everything.

ROGER: You’ve got to learn to go for it here, you know?

ROGER: The best thing is to get stones that are thick – 2 to 2½-inches thick – so they’ll stand up over time. Some people use that real thin slate. It’s about ½-inch thick and it’ll spall; it’ll actually blow apart over time.

ROGER: If you’re going to do the walkway, invest some time. Get good material and it’ll stand up for a long time.

TOM: And is the best thing to put, in and around that walkway, the stepables? Because if you put grass there, you’re kind of fighting a losing battle. Aren’t you always going to be killing it?

ROGER: It’s going to be hard to cut and trim. I don’t like to have grass in the joints but sometimes, if we’re winding through a lawn area to get to another area, I will leave the grass in place.

ROGER: I generally prefer to do the stepables or some sort of groundcover in there.

LESLIE: Now, in addition to the thickness of the stone that you select, is there one choice that’s better than the other, as far as – I imagine things could get slippery.

ROGER: Yeah. You want a surface that’s not real smooth. You want something that has a little grit to it. I mean some pieces of granite, you can buy a thermaled (ph) on the top so that they are permanently etched so that it won’t be slippery.

ROGER: But then when you pick the stones, there’s bluestone and things like that. They have a natural cleft on them that are not slippery, either.

TOM: Now, what about flagstone? Is that the same as bluestone?

ROGER: Flagstone is in the bluestone family, yeah. It’s a step above slate and a step below bluestone but it’ll work well.

TOM: And then I’ve seen that sort of separate apart sometimes.

ROGER: It will. And it’s all part of the freeze/thaw cycle. It absorbs water, it gets in there and then generally, over time – Mother Nature has no rush; she’ll break it a little bit every year.

I just find the natural stone native to the area and usually you’ll do pretty well.

TOM: Well, if you can get Roger Cook, hire Roger Cook. For the rest of us, at least now we know how to do it ourselves.

I’m sure it won’t come out nearly as well as if you did it, Roger, but we’ll do our best.

TOM: Thank you so much for stopping by The Money Pit. Great advice on how to set up a stepping-stone path.

ROGER: I’m sure you’ll do great.

TOM: And Ask This Old House is brought to you on PBS by Mitsubishi Electric Cooling & Heating.