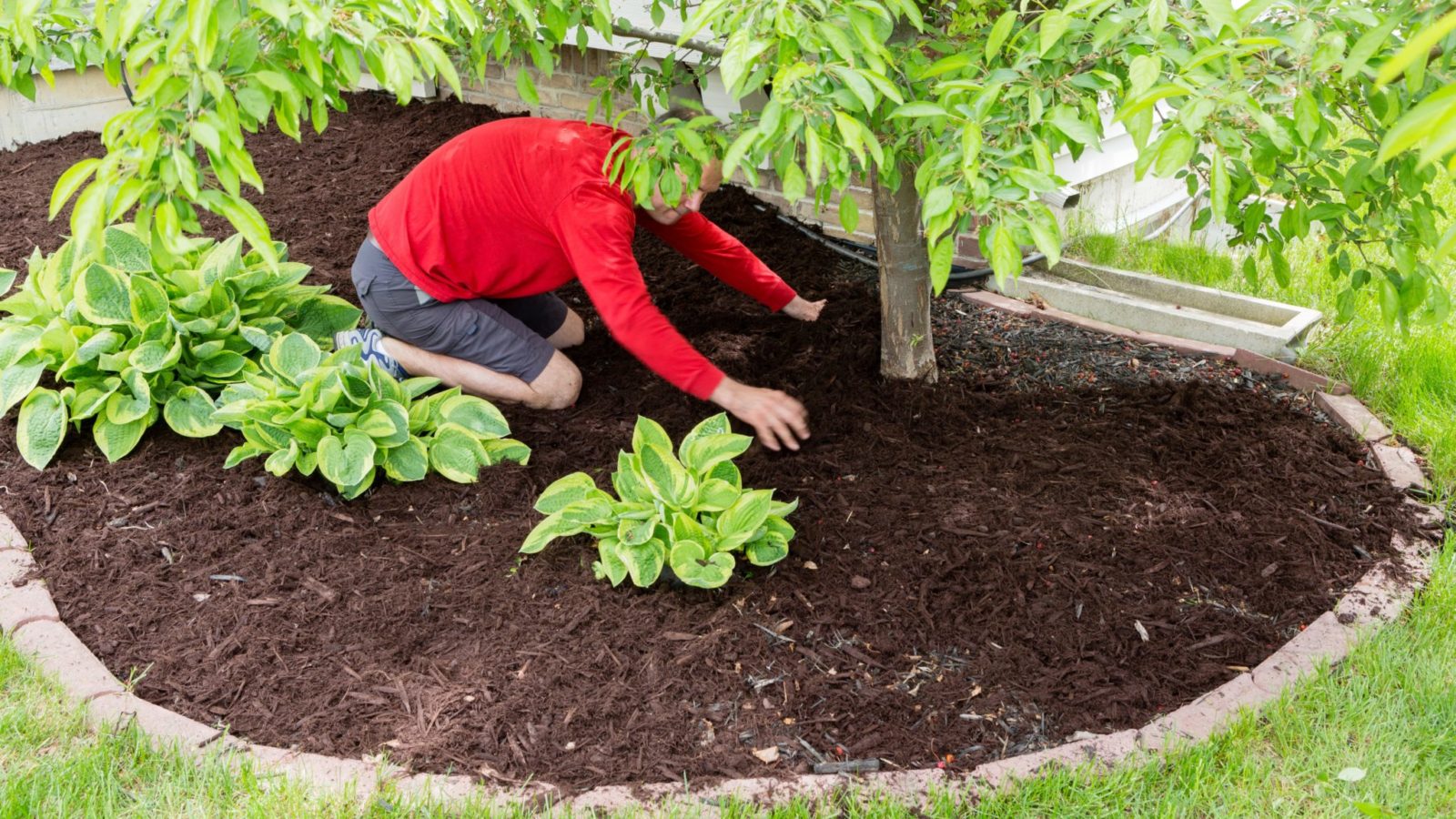 How to Use Mulch to Protect Your Landscaping

Home » How to Use Mulch to Protect Your Landscaping

How to Use Mulch to Protect Your Landscaping

LESLIE: For as long as there have been trees in the woods, leaves and needles have fallen on top of that soil to create what we call a “natural mulch.” And that protects and preserves the forest. 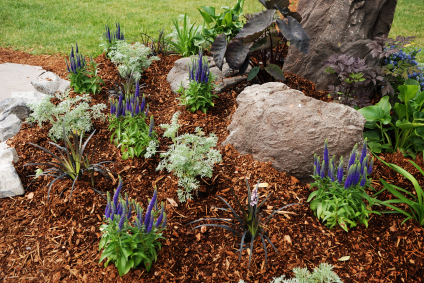 TOM: And you can create that same protection for your own yard by adding mulch around your beds and your trees. Here with tips on the best way to accomplish that project is a guy who’s hauled probably more mulch in his career than I’d bet he’d like to recall: Roger Cook, the landscape contractor for TV’s This Old House.

ROGER: Thank you. But there’s nothing like the smell of the first load of bark mulch in the spring, you know?

TOM: Loves the smell of fresh mulch in the morning.

I think homeowners think of mulch mostly as a decorative element but it really has a very important benefit to the plants underneath it, correct?

ROGER: Yeah. I think decoration is the least of the things that mulch does. It’s a great thing for the soil because it modifies heat. You get a blanket, which stops those radical hot-and-cold streaks. But it holds moisture in the ground and that’s an important thing. And the third thing it does is it can stop weeds from germinating.

LESLIE: And it really does make your flowerbed look beautiful.

ROGER: Well, it can but that’s not what I’m looking for.

LESLIE: I know. But that’s not what we’re looking for.

So, now, is there one type of mulch that’s better than others or does that really depend on your area?

ROGER: It depends on your area. I’m a big believer in using a natural mulch from the area. Here in New England, we use a lot of ground-up pine and spruce and it makes a great mulch. And it works out really well and it breaks down. Some people use cypress or different things. Some of the species of woods could be a little questionable about their availability, so I really like to go with what’s native.

And I like to buy in bulk, even if you’re just buying 2 or 3 yards. If you can get it, it’s much cheaper to buy in bulk than buy it by the bag. And environmentally, it’s better that way, too.

TOM: And when it comes to mulch, I think folks confuse the mulch with the bark chips. And those are really more decorative, aren’t they?

ROGER: Definitely decorative. They take a lot longer to break down.

TOM: And really, the mulch, we really do want it to break down so that it does its job and insulates and it feeds the soil below.

LESLIE: What about grass clippings? I know that when you mow the lawn, if you want to sort of cut back on fertilization, you can use the clippings rather than bagging them and getting rid of them. Can you use those grass clippings in other areas of the yard or strictly for the lawn?

ROGER: You can. But you have to remember a couple of things. If you use them in a vegetable garden, you want to make sure that that grass hasn’t been treated with any sort of chemical and then you’re bringing it to the vegetable garden. It does make a barrier which stops weeds from germinating. But as it starts to break down, it can get slippery and it can smell.

LESLIE: Hmm. That’s a good point. I didn’t even think of that.

ROGER: A much better point would be to take that grass and mix it with some leaves, some browns in a two-to-one brown to nitrogen – nitrogen being the grass – and do your own compost. Make compost out of it and then – rather than putting it strictly on the bed alone.

We’re talking to Roger Cook, the landscape contractor from TV’s This Old House.

So, Roger, if we have selected our mulch, we’re ready to do the project, how actually do we do that job? I mean do you always just add it on top of what’s there or do you want to kind of clean up the bed first?

ROGER: That’s my biggest pet peeve is it looks like a volcano around a tree. You see mounds and mounds of mulch and it’s just crawling up the trunk of the tree?

ROGER: That can do more damage to the tree. It can cause a secondary root-system, girdling root. It can even cause the trunk to soften and allow bugs to get in there.

What happens is people go around the edge of the bed with their edger and they throw that dirt on top of the last year’s mulch. And then they put more mulch on top of that year after year after year and it grows. What you really need to do, every two to three years, is go in and strip the mulch out of the beds. Then, go in and add an inch of mulch, re-edge your bed, which – and you take your half-moon edger, cut a nice, straight edge along that and leave the mulch down 2 or 3 inches where the grass meets the mulch. And that’ll stop the grass from growing into the bed.

TOM: Roger, one of the questions we get on a fairly regular basis is about artillery fungus: this very small, sort of black speck that form around houses, sticks to siding, sticks to cars. Sometimes, people blame that as originating in the mulch. Have you heard of this?

ROGER: I’ve heard of it a little bit. Not too, too much. But what I heard was found when there was a lot of wood in the mulch.

ROGER: A couple things to remember. When you buy mulch that’s more woody, it can be made up of a bunch of different things, including construction debris and 2x4s and things like that. So, I always thought that that fungus originated in bigger pieces of wood and that’s where it came from.

Because, usually, the bark, if it’s really true bark, is natural things in there that inhibit funguses and things from growing on the bark, so …

TOM: So you want the mulch made out of the bark, not out of the tree, sort of itself, the wood part of it.

ROGER: Right, right. And like I said, a lot of times when you get mulch that’s got a lot of wood in it, it’s not tree wood, it’s construction wood.

TOM: And most people think of mulch as wood, so that’s a really good distinction.

TOM: It protects the tree; it’s going to protect your beds.

TOM: Good advice. Roger Cook, the landscape contractor on TV’s This Old House, thanks so much for stopping by The Money Pit, helping us get our beds ready for the season ahead.

ROGER: Well, I hope I mulched you out a little bit.