You are here: Home / Electrical Projects You Can Do Yourself

LESLIE: Well, we are big proponents of doing it yourself. But we caution against one area of home improvement that’s best left to the pros and that’s anything electrical.

TOM: Yep. But there are some tools and tricks that you can have up your sleeve that while they’re not a complete arsenal for do-it-yourself electrical work, they will keep you in the know and make sure you have the right diagnostic tools at your disposal. Here to tell us about them is This Old House electrical contractor Scott Caron. 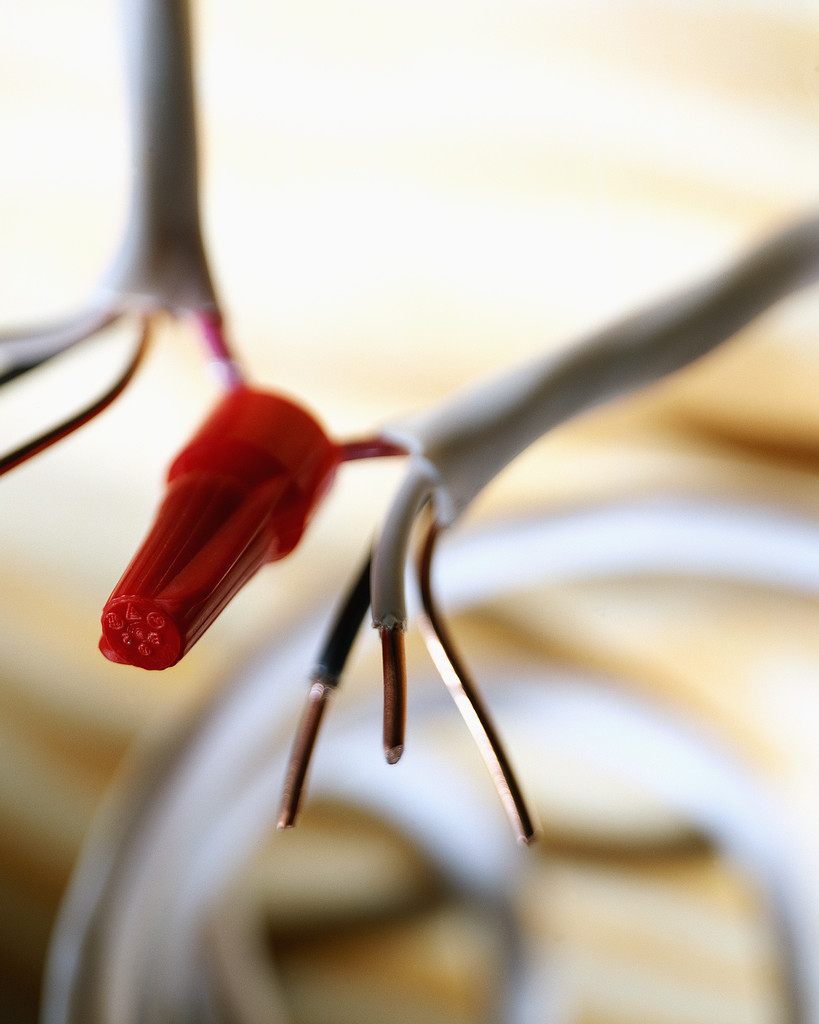 TOM: So we don’t – we’re not encouraging the average homeowner to be taking on electrical projects; it’s kind of just asking for trouble. But there are a few things that you can know and have on hand as a homeowner that will help make that electrical issue easier to resolve, right?

SCOTT: Yeah, certainly, like the cell-phone number of an electrician because you’re going to need to be calling them a lot. But certainly, there is some basic stuff.

TOM: OK. So let’s talk about maybe some of the troubleshooting tools that are out there. This will help sort of narrow down what’s going on.

SCOTT: Well, if you don’t have one of those fancy electrical testers, I think we all have a lamp in our house. And that works really well to see if a circuit’s on or off.

LESLIE: You know, I think a lot of times if a circuit’s off, a lot of people don’t think about a ground-fault circuit interrupter. That’s their job. And people just forget to go check that first.

SCOTT: Yes because when a GFCI – either an outlet or a breaker – trips, it stays in the middle position most of the time. Therefore, you have to shut it off and then turn it back on and that resets it. That’s a very common call that we get.

TOM: And frankly, in some houses, the place that that ground-fault circuit breaker is turned off is actually on the outlet itself. And it might be in an odd location like, say, a back garage wall.

SCOTT: Yeah. Most of the bathrooms have one GFCI outlet that controls that same outlet in the other bathroom or bathrooms. And the same in a garage. If you have one outlet that controls another outlet, you may not see where it is. It might be hidden behind a shelf or something. But we usually put one GFCI outlet at the beginning of a circuit to protect all the other ones after it.

TOM: Now, that’s a good way to diagnose why a circuit might be off. But if a circuit is on and perhaps behaving oddly for some reason, there are some tools – some simple tools – that you can use to diagnose that, starting with a simple circuit tester, right?

SCOTT: Certainly, Tom. And one of the easiest things to do is buy one of those maybe $15 testers that they sell at the home center. Looks like a plug and it goes directly into the plug. And it gives you an idea of what’s going on by illuminating the light. It might tell you that there’s a dropped neutral or a loose ground or something like that.

TOM: Now what about a tone generator? How is that used?

SCOTT: When working with electricity, the power needs to be off. And a tone generator can assist you in determining what’s going on with that circuit. It’s sending a tone or a signal over those wires. And it’ll tell you if something’s loose or something’s not connected or you have a broken wire. Really good tool to use.

TOM: And can it help you figure out what exactly is on that circuit?

SCOTT: That’s another good point. Yeah, absolutely. If you have one or two or three outlets on that circuit, it’ll help tone them out or signal you and tell you which ones are all tied in together.

TOM: That could be good information, especially in an older house where I find that over the years, people have added a lot to their electrical system. So you sort of lose track as to what circuits are covering which rooms or areas of a home.

SCOTT: Yeah. One of the biggest misnomers that we hear a lot – someone will say to me, “Scott, we have an outlet in the bedroom on the first floor. Then it goes to the second floor, comes across and goes to the attic.” When we run wires in homes, we pretty much run them at the path of least resistant. We don’t always think in a room-type of atmosphere where you have to have everything tied in together. So that’s a good point that you bring up.

TOM: Now, a surprisingly easy tool for many homeowners to use, which provides very useful information, is a power monitor, right? Today it’s easier than ever to figure out how much electricity different components of your home are actually using.

SCOTT: I have a power monitor. I didn’t pay a lot of money for it. It was around $100. I have it in my house and I love it. It’s one of the best things that we do. We kind of go around the house, turn lights on and off to see what kind of power is being used. You would really be surprised. I run somewhere between 1,500 and 2,000 watts of electricity on an average evening. And just by leaving the lights on in one room really affects that quite a bite. It tells you how much electricity you’re using, tells you how much it’s costing you and it really – it makes you aware of what’s going on in your home.

TOM: It changes your behavior.

SCOTT: It does a lot. Yeah, certainly.

TOM: So let’s talk about some simple, do-it-yourself electrical projects that perhaps beginners might tackle. Any suggestions there?

SCOTT: Well, the biggest thing is changing a light switch. Again, with the power off. If your lights aren’t working and you’re pretty convinced it’s a switch – they don’t last forever – changing that, adding a dimmer maybe at that same time. Changing an outlet. Sometimes, someone was vacuuming and they broke an outlet by pulling the cord out. That’s a pretty good thing. And the basic thing, Tom, that it all starts with is changing a light bulb.

TOM: And making sure the power is always off.

TOM: So when do you know the diagnosis is something that you really can’t do on your own or that you should really never attempt as a do-it-yourselfer?

SCOTT: When you’re scratching your head when you’re trying to figure out what is going on. And we get the call a lot where someone will say, “Geez, I got into this light fixture, started taking it down and now half the house doesn’t work.” So, that’s a great time to call an electrician and we usually come in there and spend a little bit of time trying to figure out what the homeowner did. But at the end of it, we get the lights working, hopefully, and they’re happy.

TOM: And that’s the key. Scott Caron, the master electrician on TV’s This Old House, thank you so much for being a part of The Money Pit.

SCOTT: Glad to be here.