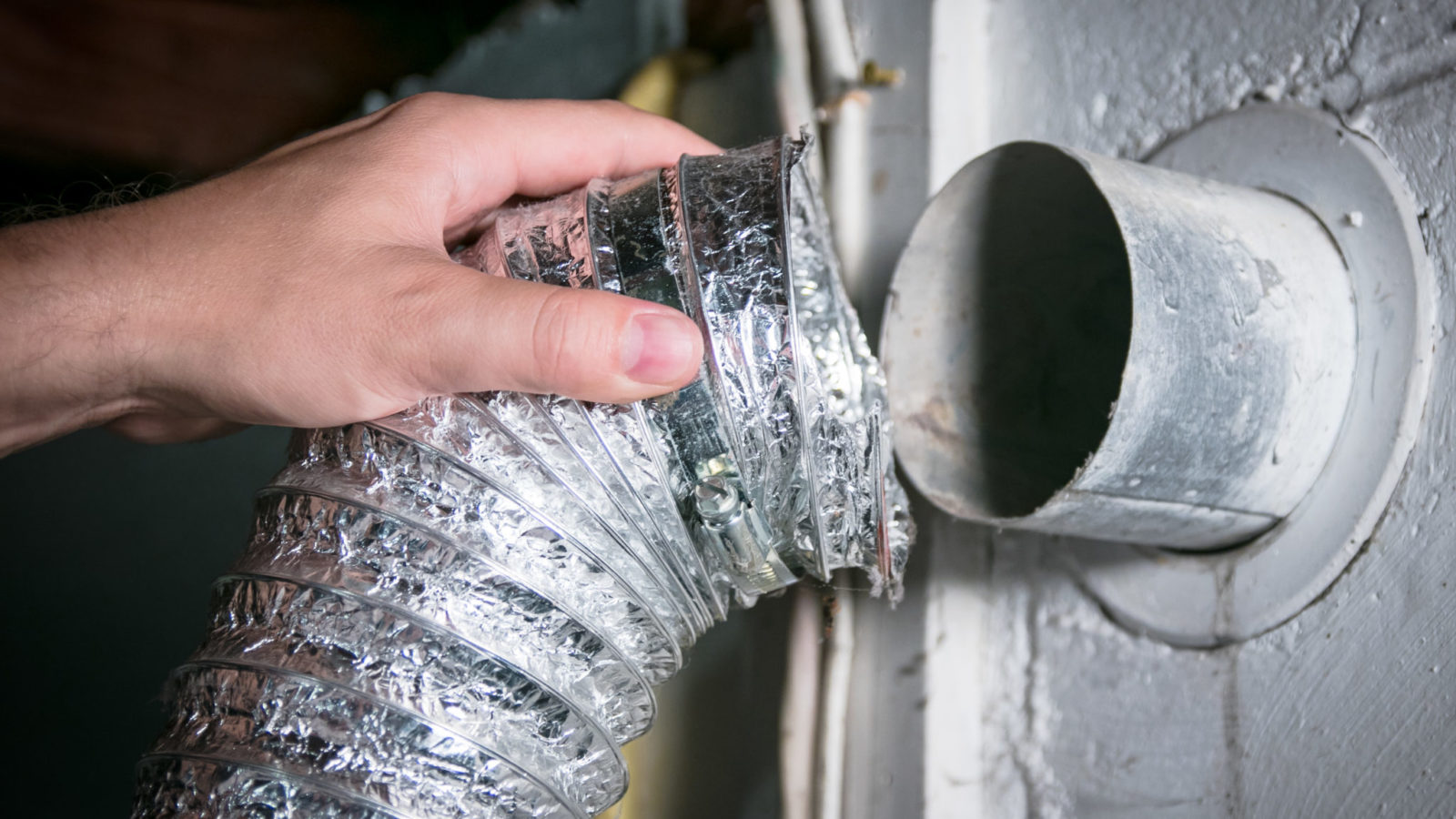 Sorry to bust your bubble but you completely missed on the caller today with the clothes dryer taking three cycles to dry.

This is THE CLASSIC sign of a clogged or restricted flow dryer vent. It is not unusual for a dryer to take three or cycles to dry clothes with this problem.

The customer stated he had about 25′ of venting through the roof. This is almost by far the worst design for venting dryers.

Another problem common with roof terminations is the presence of the factory supplied animal guard on the termination.

The clothes dryer needs three factors to operate efficiently: movement, heat and a constant supply of FRESH air. Cleaning the dryer vent assures the latter in most cases. Failure to supply fresh air causes overheating inside the cabinet and can cause component failure, or worse, lead to a dryer fire!

You may have tuned in late as Tom covered this and other trouble points well.  Here is the transcript of the call from the show page.

LESLIE: Robert in North Carolina is on the line and is dealing with a dryer that – guess what? – just is not drying. That’s the worst. Tell us what’s going on.

ROBERT: Well, I’ve got a dryer; it’s about five or six years old. And here for about the past six or eight months, it’s taken sometimes three cycles to dry a medium-to-large size load of clothes.

TOM: Oh, that makes no sense.

ROBERT: Yeah. And the heating element was replaced maybe a year-and-a-half, two years ago. We just don’t know what’s going on with it.

TOM: Do you get good airflow when the dryer runs, where it’s pushing warm air out the exhaust duct?

ROBERT: Yeah. I went up to the roof one time when it was running and it was coming out of there fairly decent and the air was warm.

TOM: You just may have uncovered one problem. When you take a dryer vent and you push it up against gravity – and so it’s driving all the way up to the roof from, I presume, the second floor – a dryer is not really designed to do that. And I know that a lot of times, folks install them that way but trying to force that hot air to go up all of that distance to the roof can sometimes be problematic.

Look, if your dryer’s not heating properly, there’s only a few things that could be causing that. One is the heating element. So let’s presume that this is working correctly, although it certainly seems – sounds like it’s not. There could be multiple heating elements and one could be burned out. This is a reason you feel some warm air.

The next thing is the ductwork and you want to make sure that that’s clean: not only the external ductwork but even internally. Sometimes, if you get something stuck in the internal ductwork in the dryer, that can block some of the airflow itself.

I mean at this point, it sounds to me like you’ve done almost everything that you can do on your own. You might want to either replace it or get it serviced.

How old is the dryer?

TOM: Yeah, well, six to eight years is not a terribly short period of time for a dryer. So, you might want to think about replacing it or getting a pro to fix it. Because I think it’s probably one of those three things that’s causing the issue.

ROBERT: Yeah. And another thing, it’s got about between 20, 25 feet of – it has the corrugated duct. And we were thinking about changing that to the smooth, stovepipe kind of duct. Would that help, also?

TOM: Where is this 20, 25 feet? You mean from the discharge port all the way up to the attic where it discharges?

TOM: That’s a long way and certainly a solid metal duct is going to be better. Can you go up into the attic and then go sort of across the attic floor and down towards the soffit and install a vent right there?

ROBERT: It’s possible. It’s just a single-story house, so I’m sure I could do that. But the laundry room is in the middle of the house.

TOM: I’ve got to tell you, even if you had that venting perfectly, three – running this thing for three loads to dry one load of clothes sounds like it’s something else and not necessarily totally venting.

ROBERT: OK. Yeah, we were thinking about – just don’t think it’s worth it to call somebody out there to fix it. We’ve got – we’ve found a fairly decent dryer. We know somebody that runs a childcare center and uses the one we’re thinking about getting. And they run it five, six times a day and they’ve had theirs for three years.

TOM: I think that makes sense. Unfortunately, these products today are almost disposable because the cost of repair is so high. I will give you one other suggestion. There’s a website called RepairClinic.com that’s pretty good at helping you identify problems with appliances and then selling you the parts you need to fix it.

So, you may want to take a look at that. They have a little tool there where you can put in your model number and it’ll walk you through the scenarios. And who knows? It might be a common problem with that particular model.

Use Less Energy for a More Productive Laundry Day

How to Get Rid of Odor in Wet Clothes

Sealer Does Not Stop Basement Leaks

Stain on Vinyl Floor from Rubber Backed Rug: How to Hide

Appliance Repair: How To Fix Your Dishwasher When It Stops Drying