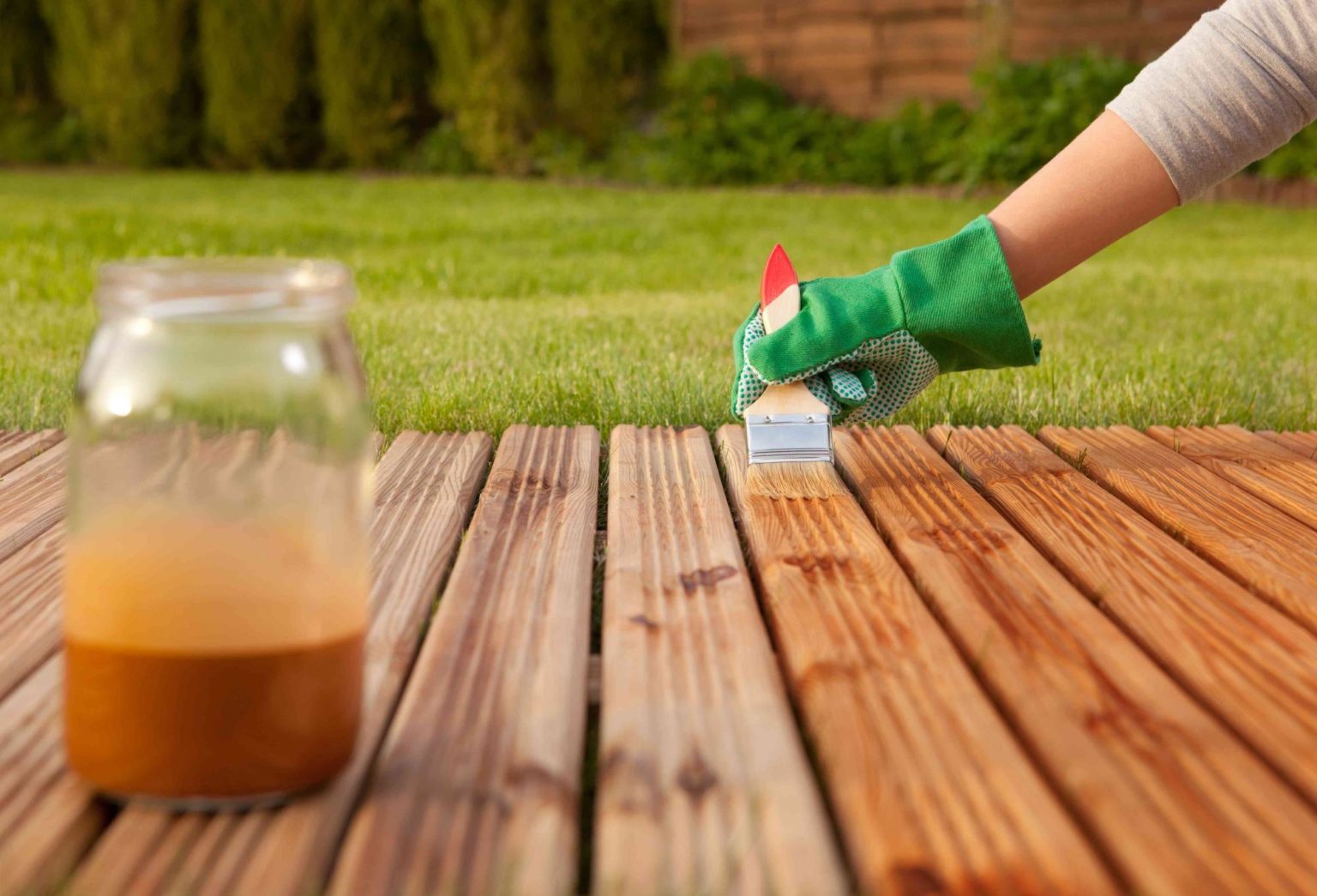 Algea or Mold: How to Get Rid of Dark Spots on Deck

Home » Outdoor Living » Decks & Patios » Algea or Mold: How to Get Rid of Dark Spots on Deck

Algea or Mold: How to Get Rid of Dark Spots on Deck

LESLIE: Now we’ve got Eleanor in Virginia on the line with a question about dark spots on deck. How can we help you today?

ELEANOR: We have Trex Decking on our – for our deck, which is – and also the porch – screened-in porch. But on the deck – which is not covered by any roof or anything like that; it’s all open to the environment. We have spots on that, which are – it’s a gray-color decking. And we have these dark spots all over it. Almost kind of look like a mold. And we do not know what it’s caused by.

My husband has tried to use a power washer with the soap that is recommended for that power washer. Also bleach with a scrub brush. He has – he can get it lightened but not totally gone. And we’re wondering if there’s – if you’ve ever heard of that with Trex Decking and have any suggestions.

TOM: Yeah. I mean some of the composite materials out there do have some wood-fiber component and they will grow algae, which is most likely what you’re seeing with those dark spots on deck.

Now, one of the treatments that we would recommend is a product called Spray & Forget.  They have a house and deck wash designed specifically to remove mold, algae, moss and lichen.

I would be very careful with the power washer except for just rinsing purposes. Because too much pressure can actually ruin that deck.

Now, another possibility is that those dark spots on deck are what’s called “artillery fungus.” They kind of look like a shotgun kind of a pellet size. Getting rid of artillery fungus is particularly difficult. And one of the sources of it is mulch. Do you have mulch around your house or around your yard?

TOM: Well, sometimes the mulch that’s sort of the ground much – the shredded bark mulch – will contain artillery fungus. And once that gets out and attaches to surfaces like decks or sometimes even cars, it’s really, really difficult to get rid of it. So, if that is what’s going on, we would recommend that you don’t do that again. Don’t put the shredded mulch back on. Only use the bark mulch that’s in pieces. That seems to not have the issue. It’s the shredded mulch that attracts and contains artillery fungus.

I would try the JOMAX Deck Wash and Cleaner. I think you’ll have better success with that than you did with straight bleach, OK?