You are here: Home / How to Install a Whole House Fan

LESLIE: Well, if you’d like to cut cooling costs without flipping on your air conditioning, a good option is to install a whole-house fan. 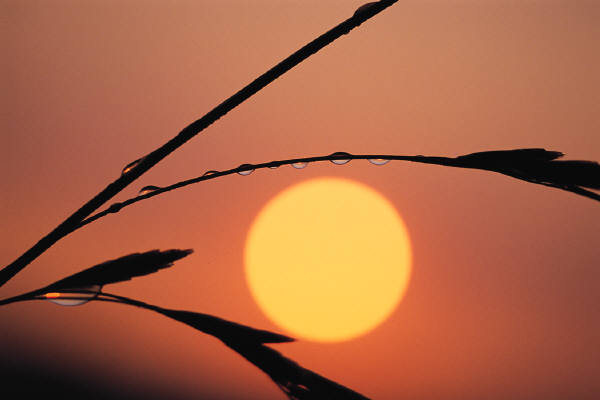 TOM: That’s right. And unlike an attic fan that only cools the area above the ceiling space, a whole-house fan gets mounted in your ceiling and cools your house for a fraction of the cost of turning on your central air-conditioning system or for that matter, a bunch of room units, as well.

Tom Silva, the general contractor on TV’s This Old House, is a pro at installing whole-house fans and is here to tell us more.

TOM: So, Tom, many people that we talk to confuse whole-house fans with attic fans. So why don’t we start there? Can you clarify the difference and tell us exactly how a whole-house fan works and what it does for us?

TOM SILVA: Well, an attic fan is meant to cool the attic, which will cool the house ever so slightly. But a whole-house fan is meant to change the air in the house, completely cooling it through the windows below. And you want to make sure that you have a fan with a lot of CFMs – cubic feet per minute. And the more it draws, the faster the air will be drawn through your house, cooling it.

TOM: So then we open a couple of windows up below, we turn the fan on – the whole-house fan – and then it just pulls a nice breeze through the house for all the time it’s on.

LESLIE: So you don’t need a mechanical system in the attic to draw that air out; it can be done through passive systems like the gable vents and soffit vent.

TOM SILVA: Yes. But you can have a mechanical system that will work with the fan but passives are fine.

TOM: I’ll tell you, we had a whole-house fan in a home that we opened previously and it’s amazing. When you turn those on, the depressurization is instant inside the house.

TOM SILVA: Yeah, you can feel it.

TOM: And you feel it and you pull that cool air in.

TOM: And so much of being comfortable is just having that air sort of move over your skin.

TOM: But when you look at the power draw, it’s just a fraction of what air conditioning costs to run.

TOM SILVA: It’s a fraction of the cost. Exactly right. But you don’t want to have a fire going in the fireplace if you have a whole-house fan because it will create negative pressure down your chimney.

TOM SILVA: I had a homeowner that did that once.

TOM: Yeah, not only the fire in the fireplace but I guess it could reverse drafts on water heaters and that sort of thing.

TOM: Yeah, so you have to use it smartly.

So let’s talk a bit about the installation. How do you get this big fan into your ceiling? What kind of carpentry work is involved here, Tommy?

TOM SILVA: Well, you basically – when I say you’re going to install it in a hallway on the second floor, for example, you’re going to be in between two walls. Usually a joist or supported on the two walls on either side of the hallway so you are able to head it off. By heading off means cut one of the joists out and then put the fan into that opening. But they do have whole-house fans now that will actually sit on top of the joists. So you cut the plaster away. You don’t have to worry about restructuring.

TOM SILVA: It’s supported by those and then you build a box down to the opening in the ceiling for the louver.

TOM: Turn the floor joist into sort of the duct that just basically brings it down.

TOM SILVA: Right, right. And we actually installed one on Ask This Old House where it fit in between the joist and it was really nice. And when we turned that on, it actually had two electric, insulated doors that opened up. And they had a lot of insulation value to those doors. So that’s important. So when the fan isn’t working, you want to make sure that it’s closed off and sealed for the winter.

LESLIE: Mm-hmm. Because essentially, it’s opened up to your attic space, which is your unconditioned area.

TOM SILVA: Exactly. Yeah. And you get a lot of heat loss through it when it’s not running.

TOM: We’re talking to Tom Silva, the general contractor on TV’s This Old House, about how to install a whole-house fan, a project that can keep you cool and comfortable and cut your cooling costs at the same time.

Tom, one more final question. Let’s talk about the wiring for a whole-house fan. Any tips on what it takes for the wiring and the switch?

TOM SILVA: You’re going to have to get an electrician to run power to it and switching. So, the switching, in most cases, is near the unit and it’s up on the wall. I always recommend putting them up a little bit higher so that the young kids can’t turn them on. You know, you don’t want that fan running when you don’t want it running, so …

TOM: Yeah. And how about a timer? A good idea?

TOM SILVA: A timer is good, yeah. Sixty-minute timer, two-hour timer. Just a turn type that clicks. You don’t hear them clicking but turn it on because you don’t want it running during a hot day, that’s for sure. And when you turn it on before you go to bed, it makes a big difference. And before you know it …

TOM: By the time you fall asleep, you don’t care.

LESLIE: Any areas of the country that this is a better application for than others?

TOM SILVA: Yeah, I know. New England is great. But when you have hot, muggy nights, air conditioning is going to (inaudible at 0:27:11).

TOM: Yeah, it’s not going to take the place of central A/C but it’s definitely going to – in the beginning of the season and the end of the cooling season, it definitely can supplement what you’re doing with central A/C and save you money whenever you use it.

LESLIE: Alright. You can catch the current season of This Old House and Ask This Old House on PBS. For your local listings and step-by-step videos of many common home improvement projects, visit ThisOldHouse.com.