Air Conditioning: Was Your Home Designed to “Need” It?

Home » Air Conditioning: Was Your Home Designed to “Need” It?

Air Conditioning: Was Your Home Designed to “Need” It?

Everett Barber believes that air conditioning is installed in a lot of homes unnecessarily. 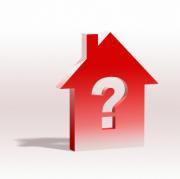 Barber reminds us that when there was no air conditioning, a variety of means were used to keep spaces comfortable during warm weather. The means used depended on the type of climate: hot wet, hot dry, temperate and cool. Climate-specific design strategies for maintaining interior comfort without air conditioning evolved for each climate type.

Today, air conditioning or mechanical cooling uses compression refrigeration equipment to cool all sorts of spaces: residential, commercial and industrial.  Its use in the United States began in the 1930s when it was applied to commercial buildings. Its use didn’t enter the residential sector of our economy until about the 1950s. Air conditioning for residential applications began in the southeast and gradually spread northward from there.

Aggressive marketing efforts on the part of equipment manufacturers caused air conditioning to spread further than climate dictated.  They appealed to the consumer by implying that a home wasn’t “modern” without air conditioning.  Soon, houses in the Northeast, where there is usually no great need for air conditioning, were being built so that they weren’t comfortable unless air conditioning was provided.

How did the design of homes change, making them less comfortable without air conditioning? Builders eliminated sun control devices in homes, such as roof overhangs and exterior window shades; cross ventilation, and attic exhausts.  We began to see the addition of design elements that tended to warm houses up, like large picture windows on the south, east and west exposures; attic insulation was not as good as it had been in the past, and more and more household electrical appliances tended to contribute to a slight rise in temperature.

Developers also spaced houses closer together on new lots – done to maximize the developer’s return on the use of the land – so close that there was little chance for cross ventilation.  Many trees were cut down in these new developments, further contributing to the need for artificial coolness.

So what if your home was not designed to stay cool naturally?  What can you do to reduce your dependence on air conditioning?  Barber gives three suggestions:

External Window Shades.  “Of all the choices, external shades to cover windows are probably the most effective,” says Barber.  These shades work by preventing a build-up of heat from the sun before it makes contact with the glass of your window.  Outdoor window shades are fitted just off the exterior window pane, leaving a small gap between the glass and the shade. Roller exterior sun shades allow you to roll them up at night for ventilation purposes, or simply to enjoy the colors of sunset.  The best windows on which to install exterior shades are those facing south, east and west, as well as any oversized or picture window, patio doors, and skylights that are exposed to 3 or more hours of direct sunlight.

Light-Colored Roof Shingles.  Barber points out that when air conditioning came into popularity for private homes, builders began using darker colored roof shingles, which tend to absorb the sun’s heat.  The U.S. Department of Energy has estimated that if all roofs in the U.S. were white or a light color, the amount of energy saved would be equal to the amount of oil that we import each year!

Next time you think you couldn’t live without your air conditioner, remember how long Americans lived without them, and think about incorporating passive cooling strategies into your home.  You might be surprised how quickly you get comfortable with those reduced energy bills!