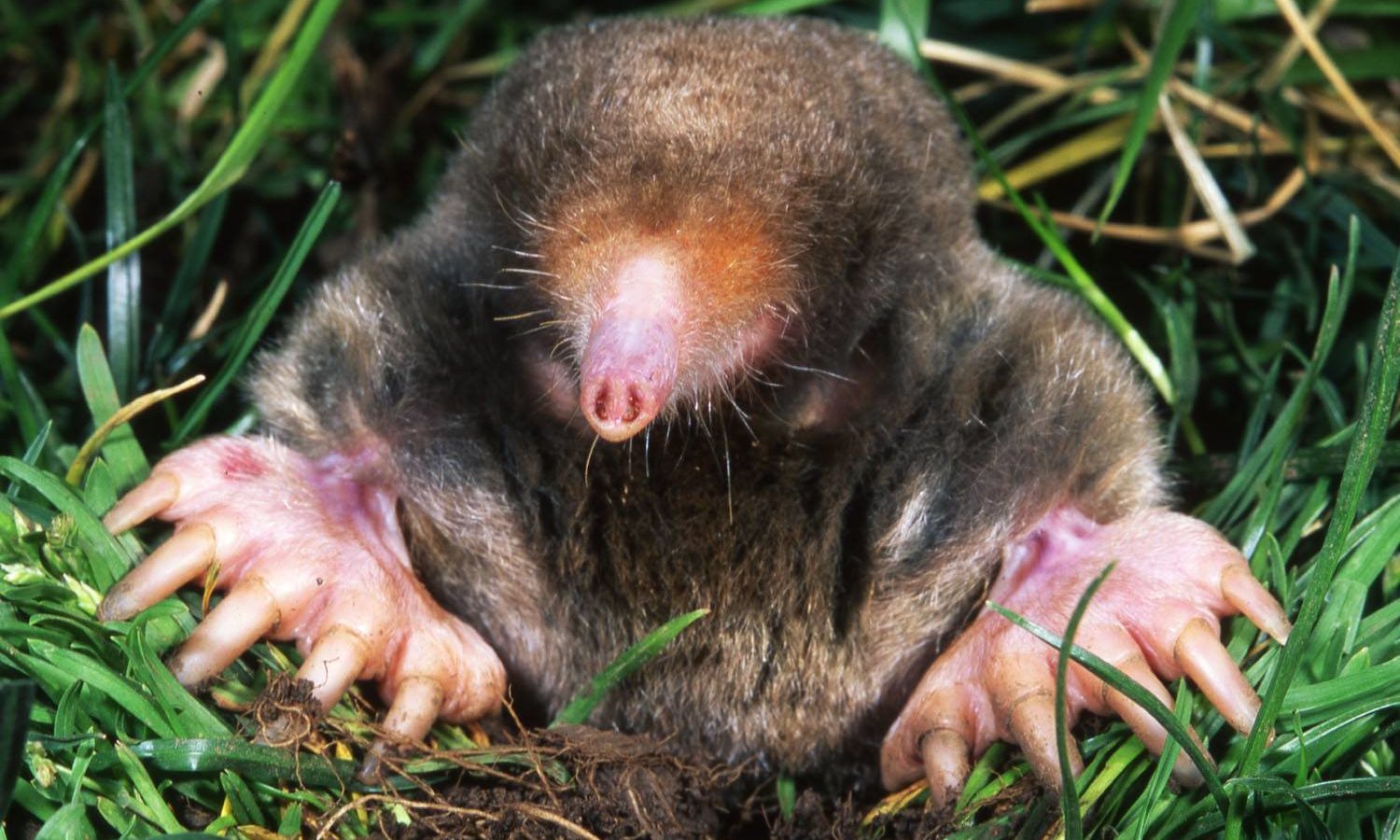 How to Get Rid of Moles and Other Lawn Pests

How to Get Rid of Moles and Other Lawn Pests

LESLIE: Well, if you’ve ever worked hard to develop a lush, green lawn, you’re hoping that it’s going to grow and be the pride and joy of your neighborhood, then you know how incredibly frustrating it can be when lawn pests start showing up and then they threaten your efforts. 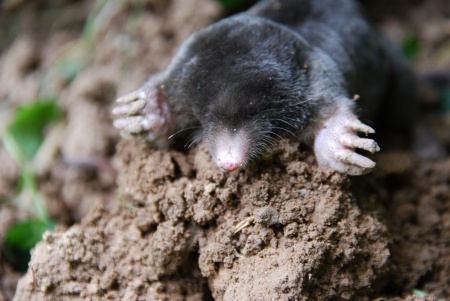 TOM: Absolutely. From moles that make mountains to grubs, crickets, cinch worms and more, there are a lot of different pests out there that can do damage to lawns. Here to tell us how to win the battle of the bugs is Roger Cook, the landscape contractor with TV’s This Old House.

ROGER: Welcome. It’s a wild and wooly world out there, isn’t it? Just full of everything: lions and tigers and grubs.

TOM: Oh, absolutely. And one of the most common lawn pests that we get questions about are moles. So, why don’t we talk about that first? What do we do about moles?

ROGER: Well, we have to think about the creature itself. It’s a very small creature, maybe 5 or 6 ounces inside. And it does not come to the surface; it really tunnels underground and it makes molehills. And that’s where the problem comes in the lawn is it can actually disturb the soil to the point where the soil gets bumpy and ruddy and just doesn’t look good.

Now, there’s a lot of home remedies out there, from …

TOM: Oh, I’ve heard them. I have bubble gum in the tunnels and all kinds of crazy …

ROGER: Can you see the little mole down there blowing bubbles or something? That’s just – yeah, yeah.

ROGER: Well, the truth be gone, there is only one real way to get rid of them and that’s trapping them.

ROGER: That’s the only proven method, despite all the other things you hear.

LESLIE: Is there anything that really draws them to your yard over others, that you should sort of not do or undo or do less of to sort of make it less desirable?

ROGER: A lot of things you don’t have control of and that’s like destruction of their natural habitat, where they get pushed from one area to another. The other is the amount of insects and nightcrawlers in the soil because that’s what they’re looking for to eat. And the second is they really like a wet soil, so maybe cut down on the irrigation a little bit. Wet soil seems to be easier for them to dig in and hold more worms and stuff that they eat.

TOM: Now, many manufacturers will sell grub control to help you cut down on moles, with that theory being we’re cutting down on the food. Have you had success with grub control?

ROGER: Never used it to control the moles with. Strictly used it for what it’s labeled for, which is grub control. My idea is if the moles are there and there’s no grubs, they’ll find something else to eat.

TOM: There’s lots of junk food in that lawn then, huh?

LESLIE: So I know you think trapping really is the best way to get rid of them. Is this something that I would be doing myself or is it better to leave it to the pros?

ROGER: It depends how squeamish you are.

LESLIE: Is it a really gross thing?

ROGER: It’s a dead animal in a trap. You can buy the traps at most local …

LESLIE: Oh, so I’m not collecting them and driving them to a field somewhere?

ROGER: That’s illegal. You can’t transport a live animal off of your property in a live trap and let it go anywhere.

ROGER: Really. You’re just sending the problem to someone else. You have to use a trap that kills the animal. And that’s why I said if you’re squeamish – you can buy them at most hardware stores. You put them in the tunnel and you check them once in a while and you …

LESLIE: Oh, I could not do that.

ROGER: They make a small (inaudible at 0:24:43) but not a mole trap. Pretty interesting to do.

TOM: What about other pests that attack lawns? Are there ways to control those? I mean is a general insecticide application appropriate as part of your lawn care?

ROGER: I don’t believe in general insecticides; I believe in very specific, aiming at it dead-center.

ROGER: A lot of times there’s grubs but grubs are only on the south and east side of a house, where it gets sun, so there’s no need to treat the west and the north side with an insecticide.

ROGER: The other thing is to identify the insect. Because certain insecticides may work on one but not the other. And also, you want to be very specific to the insect you’re trying to kill so you don’t kill a lot of the beneficial insects.

TOM: Good point. Roger Cook, the landscaping contractor on TV’s This Old House, thanks for stopping by and helping us take care of our lawns.

ROGER: That’s alright. Watch out for those moles.

LESLIE: You can catch the current season of This Old House and Ask This Old House on PBS. For local listings and step-by-step videos – not of mole-catching – of many common home improvement projects, check out ThisOldHouse.com.

ROGER: That would be a good YouTube one, huh?