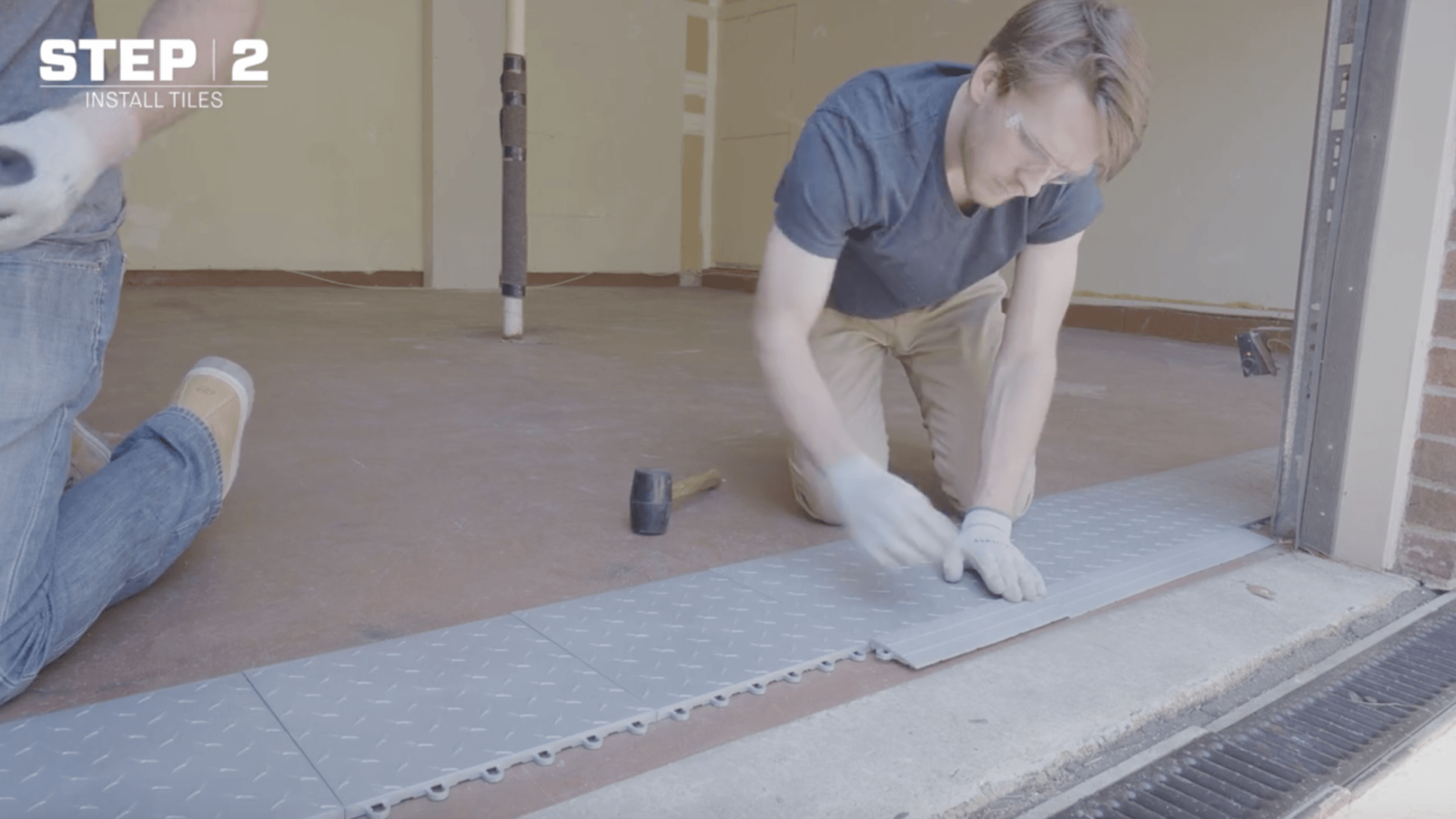 How to Get Epoxy to Adhere to Floor

How to Get Epoxy to Adhere to Floor

LESLIE: Judy in Virginia, you’ve got a painting question about getting epoxy to adhere to floor. How can we help you with that project?

JUDY: We are trying to put an epoxy on our basement floor, like we did on our garage floor. And we are having a very serious problem with this basement-floor project, because we went through all the process of putting down the epoxy pre-treatment that would get rid of any oils or solutions on the floor. That bubbled up the way it was supposed to. Then we went in and we put down the epoxy as we were supposed to and it came right back up. It turned to a brown powder and then just came up.

And so, we got all that off and then we went back in and put down a sealer and then came back with the epoxy again. And it’s doing the same exact thing. We had no problem with our garage floor and it’s a garage floor that was put down several years after the basement was done. And we were told that – from some people who know the history of the house – that the basement – or that the house was built in the winter months, back in the mid-80s, and that they likely used calcium chloride to help the cement set up. And that it could be having an effect on this epoxy.

TOM: OK. Have you turned to the manufacturer to ask the question as to what might be going on to epoxy to adhere to floor?

JUDY: Well, we have asked and the calcium chloride did come up as a possibility. But they don’t really know what to do about that.

TOM: So, you did talk directly to the manufacturer, not the retailer, about this.

JUDY: The retailer actually talked with the manufacturer about it.

TOM: I would go right to the manufacturer and speak with them directly about getting epoxy to adhere to floor. I don’t like going through the middle man because – not that I don’t trust the retailer to do this. You can never be sure if they’re actually talking to the right guy. And they could be talking to – you see, they could be talking to a field rep who thinks he knows the answer and maybe he doesn’t.

I mean obviously something – the first thing that came to mind was moisture. Did the floor – was the floor thoroughly dried before you started this whole process?

TOM: Both times, the paint that you put down, was it from the same batch?

TOM: I’ve never heard of an epoxy floor not adhering, so this is an unusual situation. And it’s one that I would turn to the technical experts at the manufacturer. As you mentioned, it’s a major brand. They have folks – chemists – that basically are standing by to take questions like this; most of them do.

If you have difficulty identifying the right people to talk to about getting epoxy to adhere to floor, if you e-mail us to [email protected] with the details, perhaps some photographs and the name of the manufacturer, I am certain that we could quickly get through to the right person for you. There’s a chemical reaction going on here that’s causing this issue and we’ve got to get to the bottom of it.

JUDY: Will do. Alright. Thank you.