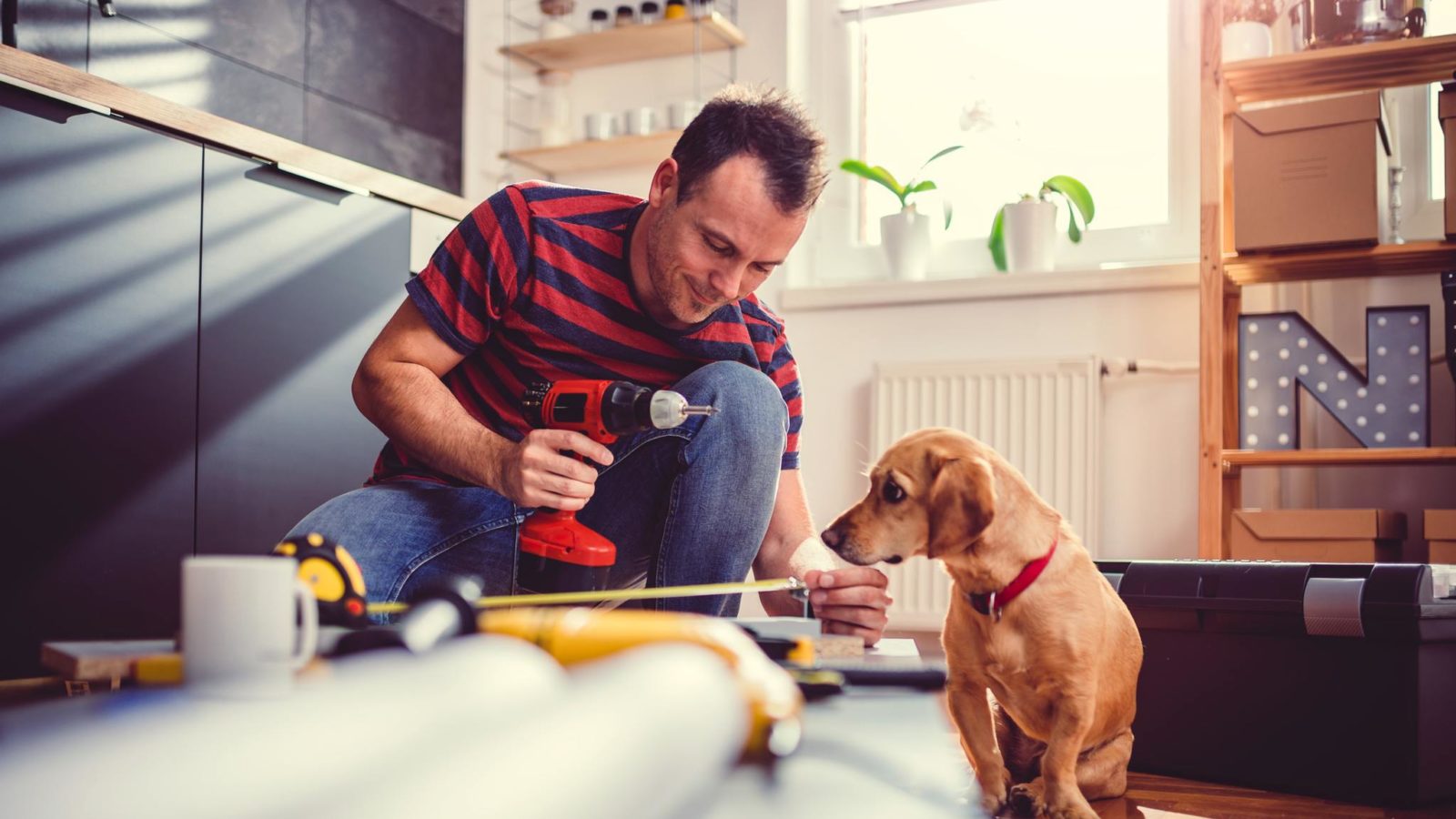 LESLIE: Time for kitchen talk with Jonathan in Florida. What’s happening at your house?

JONATHAN: We’re – when we’re putting in the new cabinets we’re going to be – the current cabinets are hung on a soffit from the ceiling. He’s building the cabinets but I have to tear out the old cabinets. My question was what’s the best way to go about tearing out the old soffit.

TOM: OK. Well, it’s a big of a job but here’s what you do. First of all, can you get the wall cabinets out? Do you need help with that?

JONATHAN: They’re just – yeah, I can get those out with a drill driver.

TOM: Alright. Well, the next thing you’re going to do is cut the drywall off of the soffit. And I would try to cut it clean at the top and the bottom of the soffit because you need to create a seam here where you can easily seam in the new drywall patch.

TOM: So I would cut the drywall off of the soffit from the front and then the underside. That will allow you to kind of figure out how the soffit was made because how you disassemble it is going to be based on …

LESLIE: It’s like the opposite of how it was put together.

TOM: Exactly. You’re basically going to disassemble it. Now once you get it out of there, remember that the goal here is to have a very clean drywall seam. You may decide to cut it further into the ceiling, for example, at the top so that you get into just an area of drywall where there’s no spackle; it’s just drywall itself. Because then you could put another piece against that, tape it and spackle it and have a more invisible seam than if you tried to sort of line up a brand new seam with a very old piece of drywall that’s sort of half covered with spackle and half not. But, you know, you’re basically going to take it apart the same way it was put together but the first part is to pull the drywall off the front and the bottom and see what you’re working with.

JONATHAN: What I did is I knocked a hole in it.

TOM: And what did you find?

JONATHAN: The soffit is actually – looks like it was built without a top on it so that there’s actual – well, you can see into the roof.

TOM: Right. That means that they didn’t put the drywall up across the ceiling and down the wall and then put the soffit on. They built the soffit at the time of the framing. That’s – frankly, that’s what I expected you to find.

TOM: So you’re going to be looking at the bottom of the ceiling joist and that’s where the new drywall has to go. But just take your time on that seam and make sure it’s as straight and clean as possible because that’s going to really bug you once you finish it if you still see that. If you can keep it, you know, where you’ve cut it out, that’s fine. If not, don’t be afraid to go back another four to six inches, cut another clean seam and seam it up against that.

TOM: You’re welcome, Jonathan. Thanks so much for calling us at 888-MONEY-PIT.