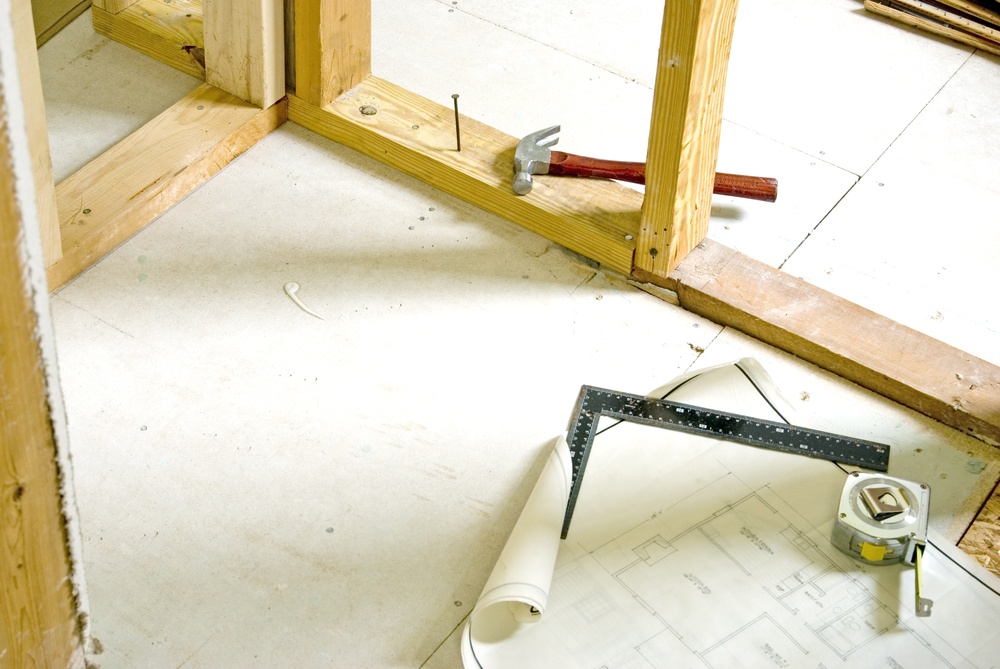 LESLIE: Martin in Wisconsin is on the line with a question about a load-bearing wall. What’s going on?

MARTIN: I’ve got a wall between my kitchen and living room that I’d like to open up. And there’s already a doorway there that I’d like to open up and make an open area. And the walls – it’s a main support wall. It’s a structural support wall. I want to take out about 12 – the span would be about 12 feet. There’s a doorway there that’s already 4-foot wide and so about – I’m going to try and open up another 8 foot of it. And I was wondering about, structurally, if it would be possible to put in a micro-limb? I think that’s what they call them.

TOM: Look, I don’t recommend this project for the faint of heart or inexperienced contractor, because it’s not the kind of job you should be doing as your first foray into home improvement. I can explain to you, conceptually, how it’s done. And let’s assume that you have a bearing wall here and you need to disassemble that wall.

So, the way it is done, conceptually, is that there is a temporary wall built on both sides of the bearing wall that has to come out. So, basically, you’re building a load-bearing wall on one side of the wall that’s coming out – maybe 6 inches or a foot away – and one wall on the other side. And then once those temporary walls are in place, then and only then do you disassemble the bearing wall.

And in terms of that laminated beam, yes, once you put that beam in, it’s got to be properly supported. So the ends of the beam have to be sitting on something, like another part of the bearing wall, so that the load is transferred down to your foundation. So, again, it’s really a pretty complicated project and one that has to be done right or the consequences are pretty devastating.

So, it can be done but it’s a big project and it’s not the kind of project I would recommend you tackle unless you have a lot more experience than it sounds like you have.

MARTIN: Yeah. That’s kind of my thought about it. I just thought I would reach out to you guys.

TOM: Alright. Well, I think you’re on the right path now. Thanks so much for calling us at 888-MONEY-PIT.