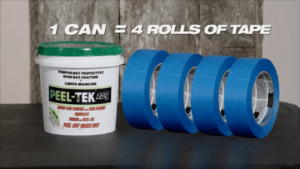 Peel-Tek Provides a Better Way to Protect Surfaces During Remodeling, Crafts and More

Peel-Tek Provides a Better Way to Protect Surfaces During Remodeling, Crafts and More

Tom Kraeutler:     We are here in Las Vegas, Nevada broadcasting from the 2018 National Hardware Show, and we’re in a space called the Ultimate Backyard surrounded by 300 of our closest personal friends in the business. 300 exhibitors here showcasing all sorts of things that can make your backyard much more beautiful and effective and practical and just gorgeous.

Leslie Segrete:     Obviously, you can hear by what’s going on behind us.

Tom Kraeutler:     But the fun thing about coming here is getting a chance to check out all of the new products that we find both outside and inside at the exhibits here. Over 2800 exhibitors here altogether. About 20,000 folks roaming the floors here to find the newest products.

You know Leslie, I was thinking one of the questions that we get very, very frequently on the show is about paint and paint removal. Right?

Leslie Segrete:     Well, and the prep part of it. Everybody seems to want to skip the prep.

Tom Kraeutler:     Usually you have to use masking tape for that.

Leslie Segrete:     I mean that’s been the traditional way to do it, but not so today. We found somebody here, Scott Halpert who’s the founder and president of Peel-Tek. Peel-Tek is a coating that helps you to avoid getting paint where you don’t want it. Welcome. 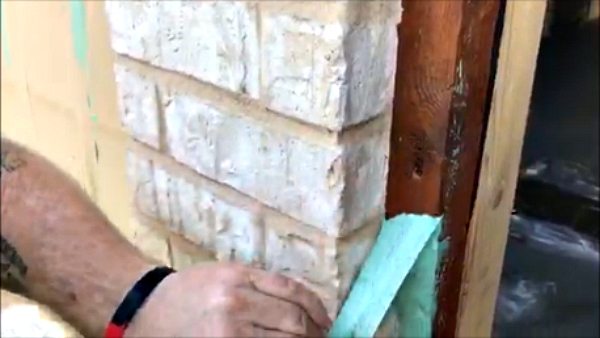 Scott Halbert:       Peel Tek is a liquid masking product and a protective film both. Some of the issues associated with tape are for example, on rough surfaces like stone and brick and wood, the tape just doesn’t work well.

Leslie Segrete:     It still bleeds under.

Scott Halbert:       It bleeds under, but not only that, let’s say you want to hang a piece of plastic to cordon off a room to keep dust out of that room, or you want to cover up a nice stone fireplace from getting paint sprayed on it, or what have you, tape just doesn’t stick well to those surfaces.

Tom Kraeutler:     To solve a problem.

Tom Kraeutler:     What were you doing? What was your business? 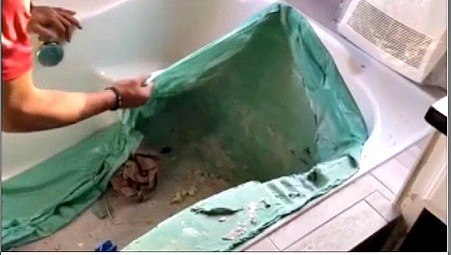 Scott Halbert:      I was doing a remodel in California. It was upper-end house and I had done a really nice stone fireplace and just various other things and tape, it just wasn’t working well for me. I had handrails that I wanted to coat and cover, to protect during the construction process, the guys wouldn’t tear it up and so forth. So having some background experience dealing with different rubbers in another company that I used to own, the light just went off in my head and I thought, “I think I can create something like this.”  First I got online and I didn’t find anything that addressed-

Scott Halbert:       … rough surfaces. You can find products that address windows and smooth surfaces, but-

Tom Kraeutler:     When that happens, you got to be thinking two things. Either this is like the most brilliant idea that anyone’s ever had, or a bunch of people have tried it and it was a disaster.

Tom Kraeutler:     It’s only going to go one of two ways.

Scott Halbert:       I think it’s a positive way because it’s actually being used.

Tom Kraeutler:     Right. Yep. How do you apply Peel Tek?

Scott Halbert:       You apply it with either a brush or a roller. If you’re doing a coating process to protect say a countertop, you can roll that on in a nice big large flat surface. We also have what basically looks like a large syringe; and we have a gun that’s coming out that’s based on the same process, like a mini caulking gun, that you’ll run a little bead say on the edge of a window trim or what have you. Then you take your masking paper or your plastic with no tape- 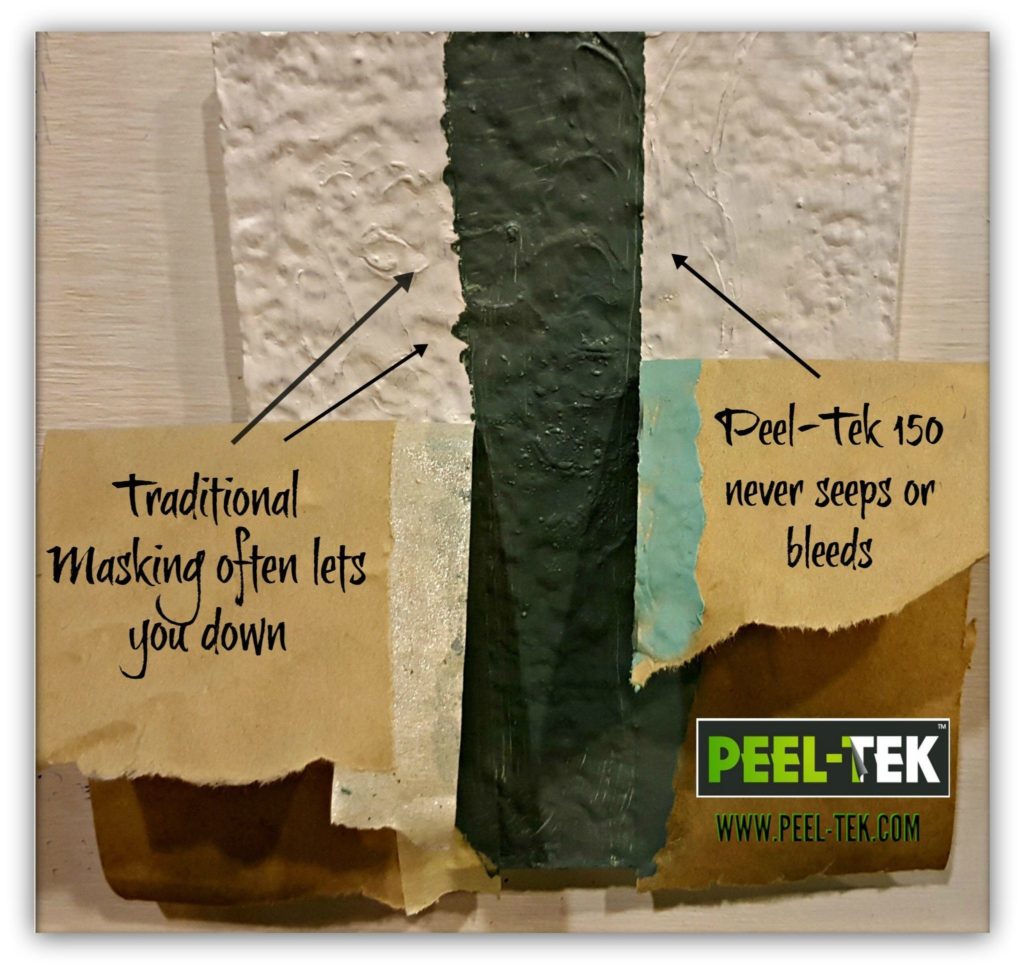 Leslie Segrete:     And you can attach right to that.

Tom Kraeutler:     Yeah, because the devil’s in the details when you’re trying to mask. If you don’t get that seam just right, the paints going to wick behind it. How many times have we pulled masking tape off of a wall or a piece of trim and had the wrong color on the trim, for example, because it didn’t seal well.

Leslie Segrete:     I mean this is a really great way, and to your point, in protecting things. Because the process of building, especially when you’re doing something custom or something highly specialized, it’s not always in the order that you want it to be in. You can’t-

Scott Halbert:       No, and it’s all about protection anyways.

Leslie Segrete:     … right, and you can’t always protect the things that you want and especially if you’re spending a [ga-jillion 00:04:01] dollars on some sort of stone or a natural surface, and you want to make sure that the people that come in after you keep things looking exactly the way you want them for the client.

Scott Halbert:      Absolutely. A big problem today are tubs. I know several builders, I have actually provided a service for a couple of these builders now where I go in at the point where the home is framed up and dried in, the tubs are set, the plumbing is set, no sheet rock yet; but I go in and I coat the whole tub. I mask off various surfaces in the home, whether it’s a fireplace, washer dryer connection spots, anything they don’t want texture and paint getting blown into, and I mask all of the inside windows using plastic and Peel Tek. Without exception, the builders that I do work for, their tubs, 80-90% of their tubs were getting dinged, scratched, chipped. 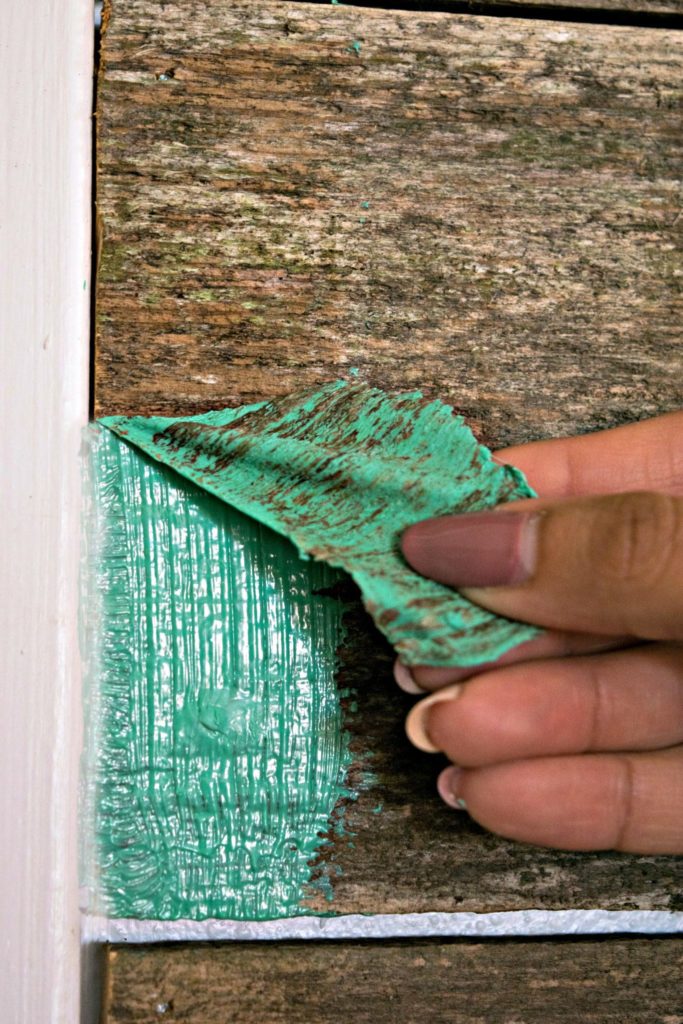 Tom Kraeutler:     Sure, because it’s going in during framing and there’s a lot of guys that have to go in that house between-

Leslie Segrete:     And some of those tubs are so expensive, and it’s just sitting there in this very exposed, vulnerable state of construction.

Tom Kraeutler:     Plus, you’ve got the guys that aren’t really thinking straight, like some of the dry wallers are climbing in there to reach up and spackle the ceiling-

Tom Kraeutler:     Tile guys and yeah. By the time you’re done, it’s a real mess. I see you brought us a sample here. We can actually coat the entire inside surface of the tub, right over the lip.

Scott Halbert:       It’s like putting a rubber glove over it.

Tom Kraeutler:     It’s actually pretty tough stuff. I can see how you can actually walk on it too and not damage it.

Leslie Segrete:     What is this? Is this a piece of travertine? What is this little sample?

Scott Halbert:       Yeah, it’s a piece of travertine. That’s just to show you that it will pull off of any surface-

Leslie Segrete:     It’s gone into every little nook and cranny here and it’s coming out beautifully.

Leslie Segrete:     You don’t have to be concerned about any special natural surfaces or something that might be unglazed or?

Scott Halbert:       When you’re dealing with an oil-based paint, it will have a tendency sometimes to slightly yellow it a little bit, but most paints today are latex. We’re getting away from oil. We have that disclaimer on the can as well.

Leslie Segrete:     You don’t even feel anything.

Scott Halbert:       We have left Peel Tek on window frames and surfaces inside, interior wise, for months and have come back and peeled off, no residue left.

Scott Halbert:       As long as … interior wise yes, no problem. But if the sun hits it, now if you’re going to use it exterior wise, you need to pull it within about four or five days. Tape has that same issue.

Scott Halbert:       When dealing with the sun.

Scott Halbert:       We currently offer it through the website of course. We’re available in McCoy’s Lumber and Hardware Stores in the South, and we’re working on expanding from there.

Tom Kraeutler:     Good stuff. Well thanks so much for stopping by the Money Pit.

A Hot New Remedy for Cold Showers, Keeping Track of Valuables, and Picking Out the Perfect Christmas Tree

What Should I Paint First: Walls or Trim?