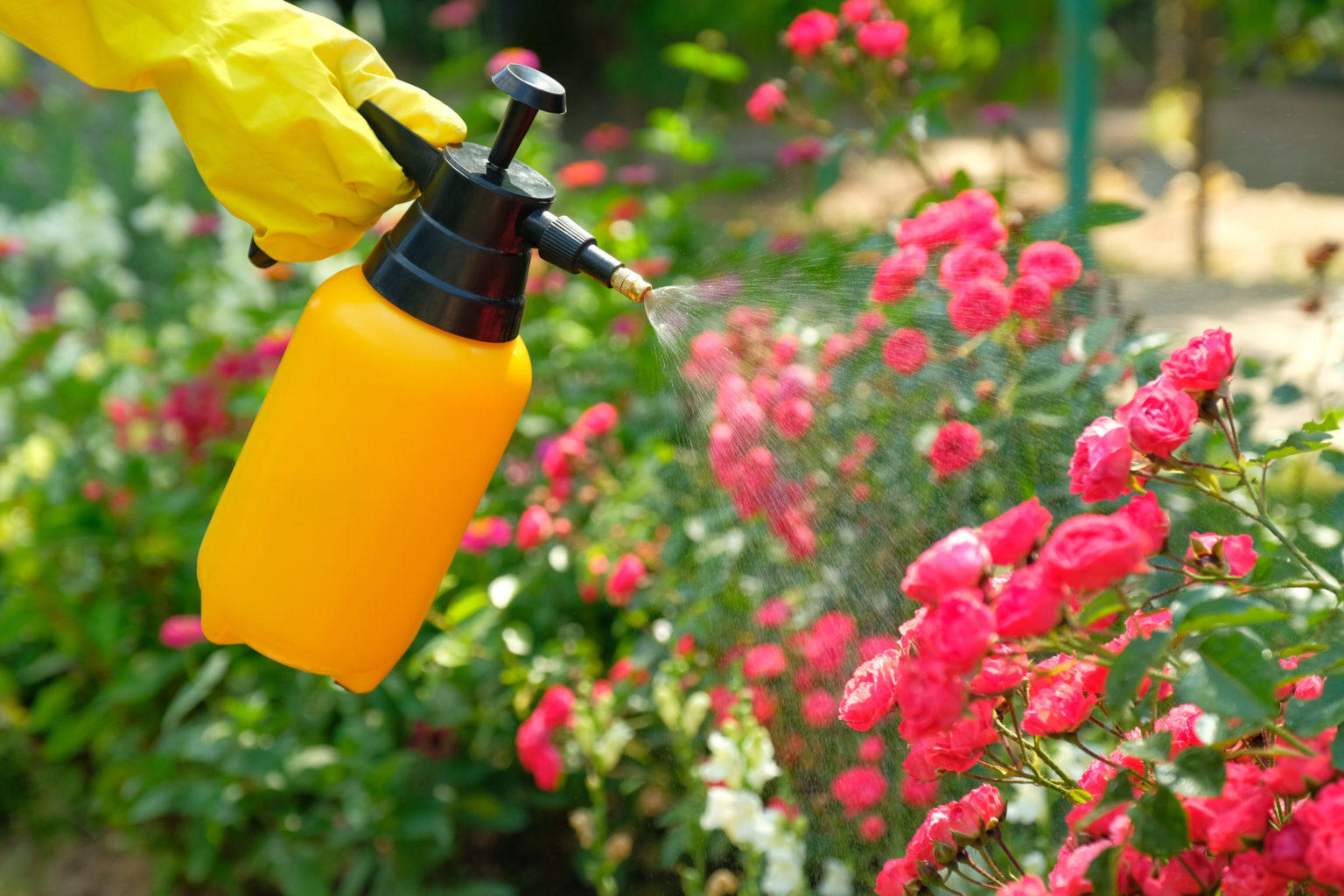 As weather patterns become increasingly extreme it is ever more important to strengthen vegetation so that plants and lawns can withstand such more extreme environments.

Here are some examples how organic pest control can help do just that:

This is a major challenge for today’s gardeners. Pachysandra has long been held as the “indestructible, will grow everywhere” kind of ground cover. No more. This blight changed this.

Once the pathogen is in your garden, pulling out the eﬀected and dead material is not even enough. Neither boxwoods nor pachysandra will grow in the same soil. The soil needs to also be removed as the organism is also in the soil. This is some undertaking – it is generally expensive.

Solution: Instead of chemical sprays, apply TopBuxus – an organic treatment which not only prevents the blight but simultaneously fertilizes boxwoods and pachysandra – it’s an organic two-for-one treatment.

Chinch Bugs in your Lawn

These bugs create patches of dried grass all over your lawn. Chemical treatments are rather toxic. Instead, use Nematodes. Nematodes are micro-organisms which paralyze pests that have soil dwelling larval stages. In other words, multiple pests can be addressed at the same time and soil ecology can once again be balanced with these organisms.

Order nematodes online. Store in the refrigerator until application. Use this organic remedy to re-establish the soil ecology in your lawn and keep away a variety of pests.

Infestations on Trees and Shrubs

Aphids, mealybugs, mites, funguses, needle cast are just some of the infestations facing trees and shrubs today. Organic oils such as neem oil have long been known. Neem oil is an important tool in every organic gardener’s “toolbox”.

Lyme disease is a serious tick born illness. Deer are known carriers – thus the name deer tick. Tick born diseases are rather harmful to humans and diﬃcult to  treat. Today’s deer population is not only a nuisance, but it is actually a health hazard.

While tick sprays can be chemical or organic, they are only really eﬀective in combination with a strong deer barrier. In most areas, a strong and high deer fence is the only real way to keep deer, and their accompanying ticks away from your lawn and garden, so that your pets and children, family and friends can play enjoy your backyard.

Organic lawn fertilizers provide an overall healthy soil ecology for your lawn. By contrast, chemical lawn applications disrupt the soil ecology which weakens your lawn and requires more chemical adjustments as a result. It becomes a constant chase for more chemicals. Making the soil under your lawn stronger simply makes sense.

SHG Living’s host, Cali Kim provides simple, eﬀective and organic recipes against aphids on the vegetables she grows in her containers. She shares her recipe to remove aphids from her vegetables. It starts by watering aﬀected plants and rubbing oﬀ the aphids. She then sprays aphid mix made of neem oil with Azadiractin, and essential oils such as cinnamon or peppermint. The essential oils make her gardens even smell great!

Follow her lead and enjoy healthy vegetables out of your own container garden.

Watch as SHG Living’s host Cali Kim provides simple, eﬀective and organic recipes against aphids on the vegetables she grows in her containers.

Organic treatments for broadleaf weeds are readily available online and  at nurseries. Catch broadleaf weeds early, spot spray them with organic weed control sprays or simply weed them out.  Why not pay someone to weed?  It costs no more than any kind of weed control – it’s a better and healthier all-around approach.

Dandelion, for example, can be to dug out with the dandelion weeding tool. Dandelions might never fully go away as spores blow in from surrounding areas, but you will see sharp reductions year over year.

The Power of Vinegar

In many households eliminating weeds in and around driveways has long been done with strong chemicals. Try vinegar diluted in water (50-50%), it’s just as eﬀective and it does not have the serious, negative impact of chemicals on people.

Cali Kim, is an expert in container gardening and has honed her skills in her native California, where temperatures can be quite hot.  To strengthen her plants against the heat, Cali adds worm castings to soil in her containers. Microbes-rich, beneficial bacteria and nutrients lead to good soil, which leads to strong plants and lots of produce.

Yes, plants need water. But too much water can also lead to a weakening of plants, unwanted fungus, etc. Instead of guess work there are way better, smart irrigation systems on the market today.

Smart irrigation controllers are based on local weather reports so you will never water your landscapes in the morning when rain is on the way. You can fine tune each zone for length of water cycles depending on the needs of the specific plant material. And you can water your plants at the best time, i.e. the time of highest water uptake.

Water management for your gardens and lawns reduces unnecessary water consumption and leads to healthier vegetation. It’s a simple but highly eﬀective element in establishing a healthy organic landscape around your home.