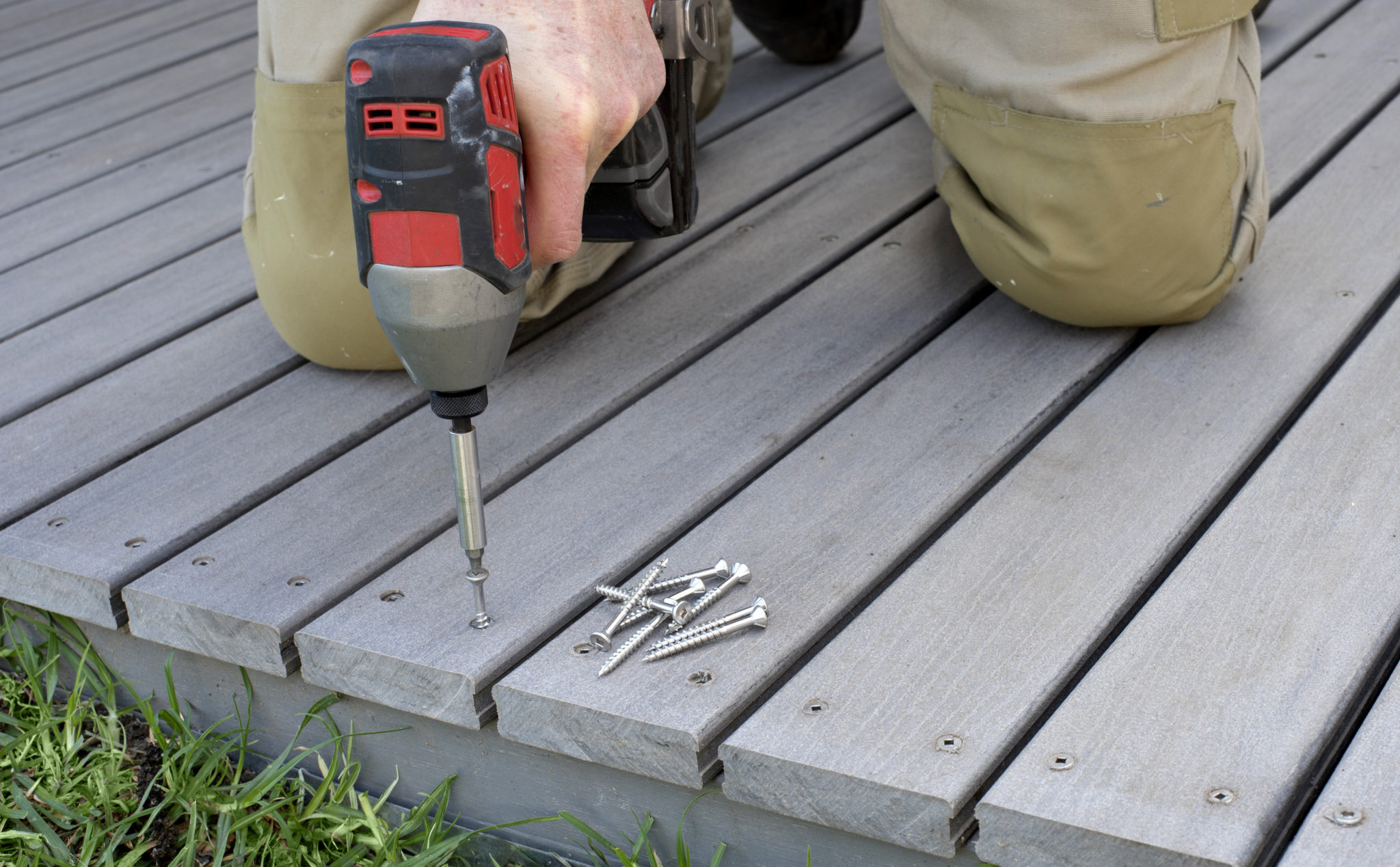 LESLIE: Paul in Connecticut is dealing with a situation with his wood deck. What’s going on, Paul. Tell us about the problem.

PAUL: Hey, thank you so much for talking to me. I love your show. I get to hear a lot of good information from you.
TOM: Well, thank you.
LESLIE: Thanks.
PAUL: I have a deck and the nails are coming [out of] (ph) the deck and I’m not sure if it’s because I haven’t maintained the deck properly but every so often I’ll catch my foot on it and I’ll have to hammer it down. It’s happening quite a lot. Somebody suggested that I take out the nails and put screws (beeping sound), which seemed like an awful lot of work and I thought maybe there’d be an easier solution.
TOM: Well, if you just press the nails down or hammer the nails back down in the same hole, they’re going to push back up again. As wood expands and contracts and based on the type of nails that was used originally, if they’re starting to loosen up and sort of press out of the board, that’s going to be something that repeats itself; so you really have two options. You can either pull the nail out, replace it with a screw; or you can hit a second nail in and slightly overlap the heads of the first one with the second one.
LESLIE: So it’ll hold that first one.
PAUL: Oh, OK.
TOM: That will hold it down. Right, exactly.
PAUL: Yep, that’s a better option than just hammering it back in then. That makes sense.
TOM: Yeah. Yeah, because if you hammer it back in, it’s just going to pop back up again.
PAUL: Is there anything I should be doing to treat the deck, to prevent it?
LESLIE: Well, I mean there’s nothing that you can do that’s going to prevent the movement besides, you know, replacing the nails with screws – which won’t back out. But you should be doing pretty much annual maintenance to your deck. You want to make sure, first of all, that nothing is rotted; especially in the structural areas – all of the supports and the building beneath the decking itself – just to make sure everything is safe and, you know, for your family to use during the summer months. Then you want to make sure you give it a good cleaning at the beginning of the season; you know, with a pressure washer. Don’t be too aggressive with it. Kind of go lightly onto the wood surface.
Then you want to assess what’s going on with the finish of the wood. If it seems like its really dry or the stain is, you know, not looking as good as it used to, you can address those situations by either stripping what’s on there, adding a solid-color stain. It really depends on what the deck looks like and what you want it to look like.
PAUL: Well, thank you very much. That answers my questions.
TOM: Paul, good luck with that project. Thanks so much for calling us at 1-888-MONEY-PIT.
Home PagePodcasts Your Calls, Our Answers Podcast
FacebookTweetPinLinkedInEmail

How to Prep and Stain Your Wood Deck

Building a Deck with Composite Decking

Deck Construction: Is it Safe?