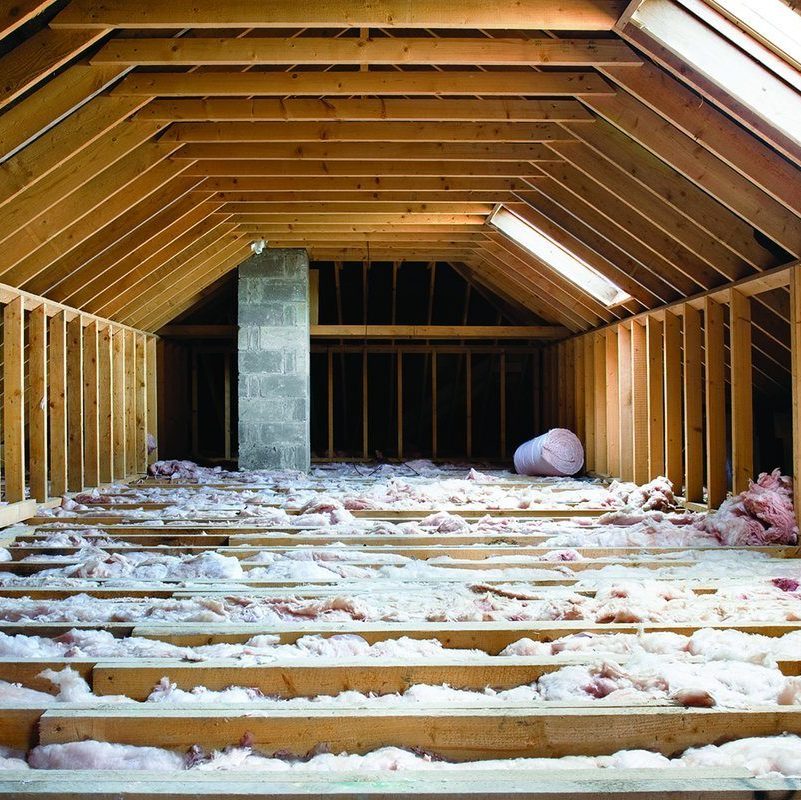 LESLIE: Carol in Delaware needs some help with some insulation recommendations. What’s going on?

CAROL: Hi. We built, about two years ago, a pole building that we are insulating one-third of, that we are making into living space for a shop.

CAROL: And the whole pole building was wrapped in Double Bubble, including the ceiling. So, now that we are getting ready to enclose – or encapsulate or enclose this area – it’s 20x30x14. We need to know what type of insulation you would recommend over the Double Bubble?

TOM: Now, when you say Double Bubble, I’m not actually familiar with that term.

CAROL: And it’s closed-cell, so it’s just a roll that they – it’s a rolled product that they put out, like a bubble wrap.

TOM: Oh, OK. I think I’ve seen this. It’s like a foil-faced product? It’s not going to have very much R-value at all.

CAROL: No, it doesn’t. (inaudible)

TOM: It’s obviously not going to hold much heat in. I think your best option here for insulating that space is spray-foam insulation. Spray-foam insulation can seal all of the gaps that will be in that shell. You don’t need as much of it, in terms of thickness. And it does a very good job of not only insulating but sealing out the drafts. So, I would highly recommend spray foam over a fiberglass-batt insulation for this particular space.

CAROL: OK. And my husband’s sitting here. You’re on speaker-phone. Would you recommend open- or closed-cell?

TOM: So, closed-cell is going to be better for moist locations. If you’re considerate about moisture – concerned about moisture – you would use the closed-cell. But open-cell does just a very good job, as well. I actually have both in my house. In my crawlspace, I have closed-cell for the box joists and in the walls and the roof rafters I have open-cell.

CAROL: OK. And then what would you do with the ceiling?

TOM: With the bubble wrap that’s there?

CAROL: There’s a space between the ceiling and the roof. What would you recommend putting in that space?

TOM: So you have two options. If you want, you could insulate the underside of the roof rafters and consider that attic space to be part of the conditioned space, part of the heated space. I mean not the heated space but it would insulate there. Or you could put the spray-foam insulation across the ceiling and make the attic completely unconditioned.

If you make it a conditioned space – if you insulate underneath the roof rafters – you’ll find that, you know, if you need it for storage, it’s not going to have the same kind of temperature extremes that you would have in an attic that was just more traditional and it was just whatever temperature it was outside. Whether it was 110 degrees in the summer, 10 degrees in the winter, that’s the temperature that attic’s going to be. So, it’s just kind of your personal preference. But wherever you decide to make that barrier, I’d make it with spray foam.

CAROL: What would you recommend as far as the heating/air-conditioning system we have? We have two areas: we have the wide-open space and then we have a bathroom space that will be in that area.

TOM: Do you have gas – natural gas – available?

CAROL: Yeah, we do. We have propane.

TOM: You have propane? Yeah. Well, I think propane’s going to be – probably be your best option. I’d prefer – my order of preference on fuels would be natural gas, followed probably by oil and then propane almost about the same. But propane is probably OK with an efficient furnace. And then electric would be last; that would just cost you a boatload of money.

But I think probably a propane gas furnace that’s a high-efficiency furnace. In the open space, you’re going to use a space heater that’s like one of those big furnaces that hangs up sort of in the air and warms that whole space. In the bathroom, that smaller area, if that could be connected to the same heating system that’s heating that room – is this bathroom separate from the living space you’re talking about or is it part of it? Because you’re going to need heat throughout that whole living space, aren’t you?

CAROL: Right. We’ll need heat throughout the whole living space. The bathroom will be closed off as a bathroom so that …

TOM: I think probably – you’d probably going to end up putting a furnace up in that attic. Sounds like you’ve got some room up there for it. But put a gas furnace up there and you can use that for heating and air conditioning.

CAROL: OK. What do you think about the split units?

LESLIE: They run beautifully, though, but they’ll be expensive.

CAROL: I thank you’ve answered our questions. Thank you very much.

TOM: Alright, Jessie. Well, good luck to you and your husband with that project and send us pictures when you’re done.

CAROL: I sure will. Thank you.