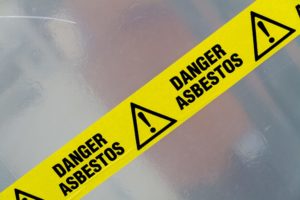 LESLIE: Now we’ve got Jim in Mississippi on the line with a question about asbestos siding. How can we help you today?

JIM: My wife and I are looking at retiring here before long. And we purchased a house that we’re going to be living in and we’re remodeling it. And it’s an older home. It was built in 1946. And we’ve been doing some work remodeling on the inside. But on the outside of the house, it’s had vinyl siding put on it in the last several years. And I had a contractor out doing some work for me and I had him to take a look at what was under the vinyl siding. And he told me that it was lap board. It looked like, to him, it was 6-inch lap board. And I didn’t know if the lap board – if it had asbestos in it or not.

TOM: Well, I think he’s calling – he’s talking about clapboard, which is like a horizontal, 6-inch siding. And typically, that’s made of wood or a composite; it’s not usually that style made of asbestos. In a house that was built in that era, if it did have asbestos it would most likely be an asbestos tile. That’s called a “cement asbestos tile,” because the asbestos is inside of a cement binder.

So, if it’s not a tile, then it’s not likely to be asbestos.

JIM: Actually, what he said – he mentioned lap board – is what he said. I was thinking maybe – I know that they used to make a Masonite …

TOM: That wouldn’t be the masonry hardboard siding, not at that age.

JIM: OK, OK. So you don’t think there’s any concern, as far as the siding.

JIM: OK. Well, I was just concerned about – like I said, he was just doing a little work for me and I asked him just to take a look.

JIM: And he told me – he said he didn’t think I needed to be concerned about it but I …

TOM: Yeah. You can scrape the surface and see if it’s wood or not or if it’s hardboard or what. It’s pretty easy to tell.

JIM: Yeah, he scraped the surface of it and it just sort of peeled off.

Good luck with that project. Thanks, again, for calling us at 888-MONEY-PIT.

Siding That Builds Value for Construction Pros and Consumers Alike

How to Save Money Heating Your Apartment

Asbestos Siding: Is it Safe?