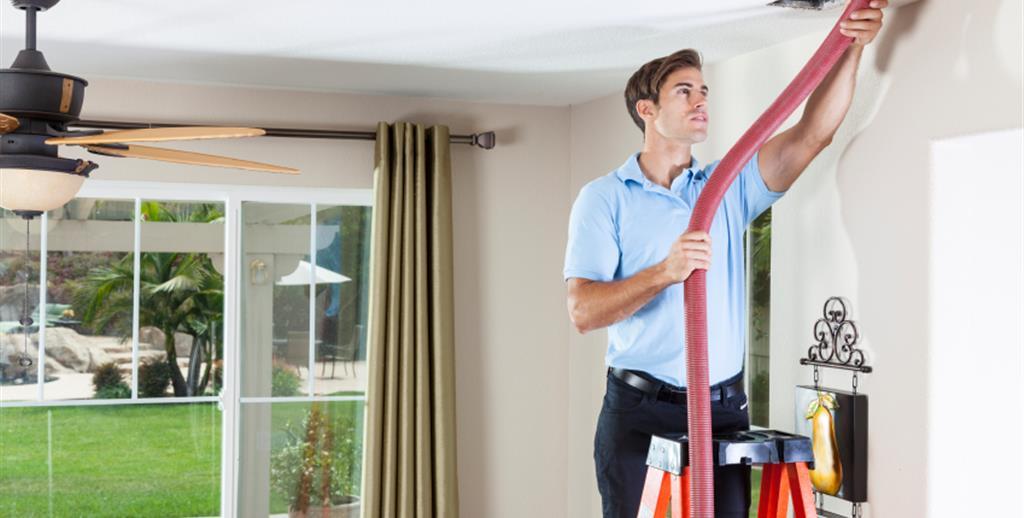 How to Seal Air Return Ducts

How to Seal Air Return Ducts

LESLIE: David in Delaware is on the line with a question about how to seal air return ducts. What is going on at your money pit?

DAVID: I’ve been in this house for 29 years. I was the original owner. And I live in a two-story house. And on the second story, I’ve always had two rooms that were too hot in the summertime and too cold in the wintertime. So the first thing I did to the whole house was replace all the windows. It didn’t help it. Three years ago, I replaced my heat pump and got a bigger unit. Helped it out a little bit but not a whole lot.

And then after I got my solar panels, the guys came in and did a leak test on my house. And they said the house is good and tight but the guys said that most of your cold-air return is being sucked up in the basement. So I’ve got some big-time leaks down there. So, after looking around down there, the guy also clued me into that my cold-air return ducts they used or they did back in the day – your studs going up through the walls and the rafters in the basement …

TOM: Right. They used that as the duct itself. It basically used the stud bay as the duct.

DAVID: So where I found my problem to be is the main trunk of the cold-air return. They just kind of cut a great, big hole in it. And then they raised the trunk up to the floor joists. Well, I’ve got gaping holes up where the trunk does not hit the joists. And that’s on four different joists that I need to try to seal that up. And it’s in a bad spot to get to. And I was wondering, do you have any ideas?

TOM: So, yeah, first of all, duct sealing itself and leaky ducts are responsible for probably more energy loss than almost anything else in a forced-air system. Now, there’s a number of ways that you can seal air return ducts. You can do it sort of structurally and mechanically, where you try to get to every one of these ducts and try to repair it so it doesn’t have the leaks. Or you can do it with a product called Aeroseal.

Aeroseal is a product that’s sprayed into the duct system and basically sticks to the inside to completely seal air return ducts. And it’s designed to basically look for the gaps and then build up where the air is escaping in those gaps. And it makes the entire system much more efficient.

There’s a great video on this on ThisOldHouse.com. If you Google “This Old House” and “Aeroseal” – A-e-r-o-s-e-a-l – you’ll find that video. And you can kind of understand the whole story.

But basically, once it’s applied, it completely seals both the return and the supply ducts. And it might be just the ticket that you need to get this house working again. Because you’re right: if you don’t have proper air returns – you know, heating-and-cooling systems work not by just dumping cold air or warm air into the room, they work by recirculating air. Because it takes many passes of that air through the room to get it to the temperature that you want it to be. And if they’re full of holes, it’s just not going to work right.

So, take a look at Aeroseal. I think that might be the solution to your problem.

DAVID: And on your online thing, it’ll show how do apply it and how to do it?

TOM: Yeah. And you’re better off doing it that way. This way, you know that it’s done right and all of those gaps are sealed. But I think it’ll make a big difference.

DAVID: I appreciate your help.