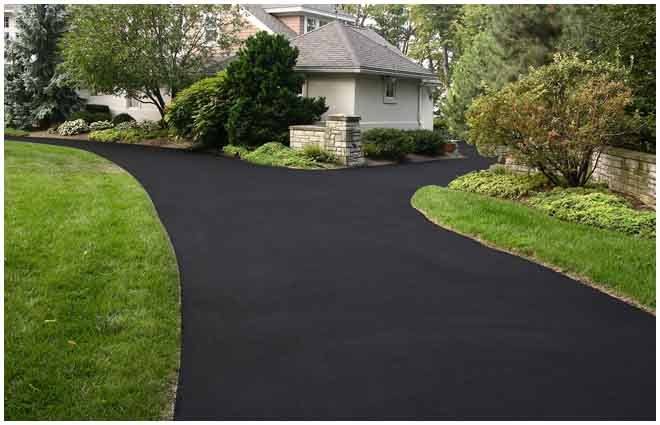 LESLIE: Rob in Massachusetts is on the line. Rob, what’s going on at your money pit? A gap in asphalt on your driveway?

ROB: The concrete floor in my garage, where it meets the asphalt of the driveway, it looks like there’s a gap that’s opening up. I’m not sure why. And I’m wondering if I should fill that up with – fill that gap with something?

TOM: What happens is the driveway, believe it or not, starts to sort of shift away from the building, creating a gap in asphalt. The building doesn’t really move and that slab doesn’t really move much in the garage itself. But the driveways will tend to shrink and pull away and you’ll get a gap that will open up. So, what you want to do there to fill the gap in asphalt is – there’s a product called a “backer rod,” which is – have you ever seen the pool noodles that the kids play with in the pools in the summer? They’re like foam tubes?

TOM: It looks like a tiny pool noodle, right? It’s about a 1-inch to 1½-inch-diameter foam rod. And you buy the size of the diameter you want and you stick it into that gap, right, and you push it down so it’s sort of just below the surface of the asphalt or the driveway by – maybe so it sits maybe a ½-inch below. And then on top of that, you put a product called “flowable urethane.” There’s a number of sealants that you can use that will flow over that backer rod and connect, basically, the driveway and the slab in the garage. And it’ll somewhat expand and contract and not open up again. And what that’s going to do is stop water from getting into that gap in asphalt. Because it’s kind of a problem that the worse it gets, the faster it gets worse, because the water gets in there and further disturbs the asphalt and the concrete. And you can get cracks and movement and kind of a real mess there. I’ve seen driveways settle. In fact, I just had my driveway redone a few months ago and I used HomeAdvisor. I had a great driveway contractor and one of the problems I had was that one corner of the asphalt, of the old driveway, was actually sort of curled in towards the apron of the garage by about 3 inches. It had really dropped in that one corner. I think there was a problem there, over the years, with water. And by basically redoing that, I was able to reestablish the slope and stop more water from going in. But when the water gets in there, it really disturbs the soil and makes it kind of unstable. So, backer rod followed by a flowable-urethane sealant and you’ll be good to go.