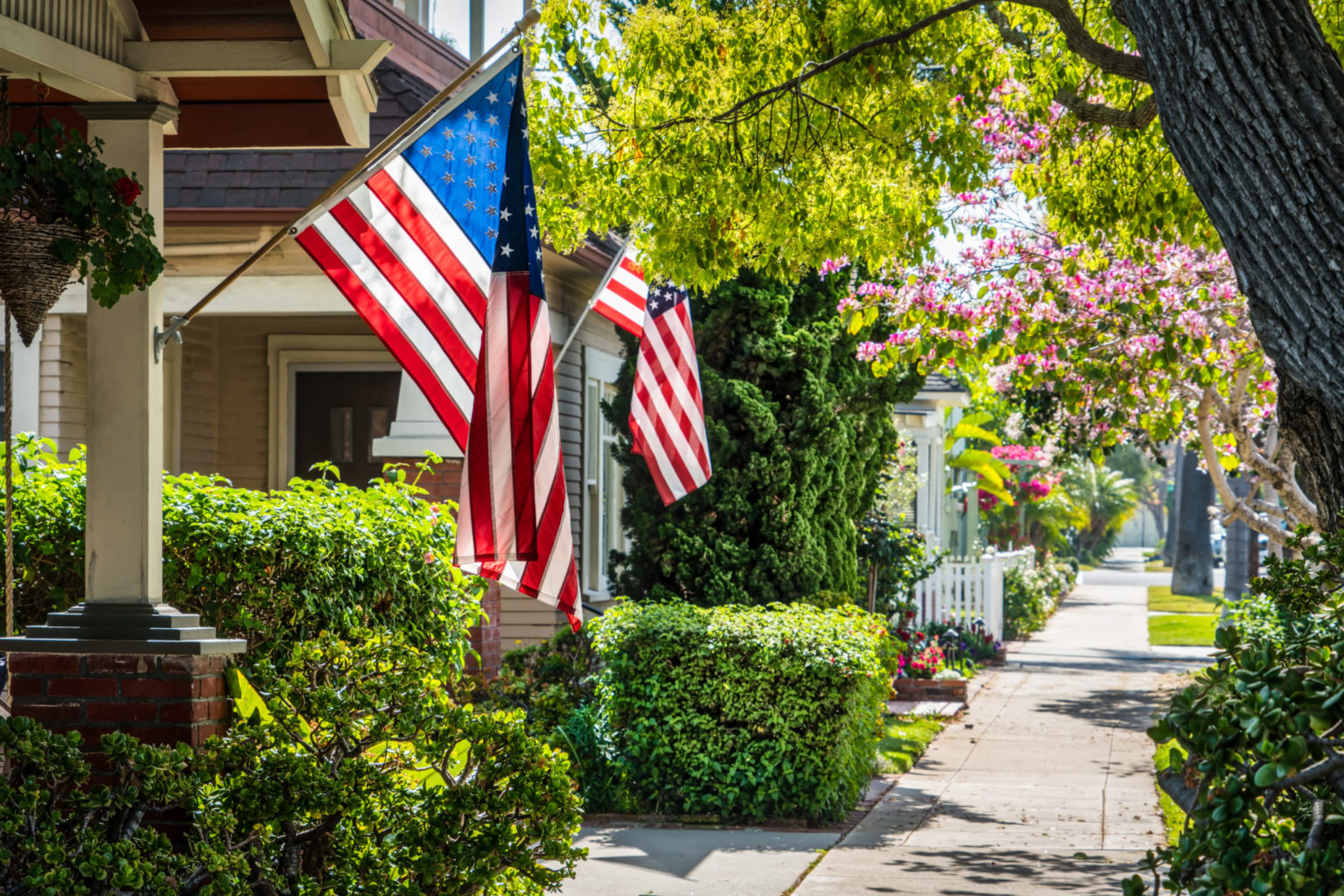 LESLIE: Alright. Now I’ve got Linda from Rhode Island on the line who’s having a hard time being patriotic.  What’s going on, Linda? You want to know how to attach a flagpole

LINDA: Well, what I have – the flagpole I have is the actual bracket that you put the aluminum pole into.

LINDA: And I was trying to attach it to the front column, which is aluminum, on my porch.

LINDA: The column is not perfectly smooth. It’s variegated with indents.

LINDA: And it is right up close to the frame of the door.

LINDA: So, I put one – I was able to put one screw in that came with it. And when I put the other screw in, it held for maybe a day the first day the flag was up.

LINDA: And the next time I went to put it up, the other screw – one of the screws pulled out.

TOM: So, let me – you want to put this on the column. You say the column is next to your door? Is that right?

LINDA: Right next to the doorframe. It’s a very small area but the whole area in the front is small.

TOM: Alright. So, a couple of ideas. First of all, in a scenario like that, the hardware that comes with the bracket is probably not good enough. Because what you want is a screw that’s going to go deep into that column or deep through the column. And if, in your case, the column is part of the front façade of the house, it would go into the frame. So, a longer screw is going to be helpful.

And the second thing is that you’re going to want to pilot-hole those screws before you put them in, not just try to force them into the column metal. So you’re going to want to use a drill that is smaller than the screw. If you can imagine a screw has the threads and has sort of the solid part in the middle, you want the pilot drill to be just a little bit smaller than that solid part of metal in the middle of the screw.

Now, the other thing that you could possibly do – if you’re having trouble because, as you described, it’s uneven and sort of variegated, I think, was the word you used – is you could put another block on that column first. Now, you could do this with metal, you could do it with a piece of oak, like wood that was finished. And you would attach that really solidly and then you put the bracket on top of that. So, this way, you’ll have another piece in between but it might make, collectively, for a more secure installation by not putting the bracket right on that variegated, uneven column.

So, those are a couple of options for you. But I think you’re going to need better hardware, not just what came with the bracket. Because you’re right: it has to be really secure, especially when that flag starts whipping in the wind. Those brackets take a lot of force. And if it’s not held in well, it’s going to pop out.

LINDA: Oh, well, thank you ever so much. I certainly will take your advice and I will try it.