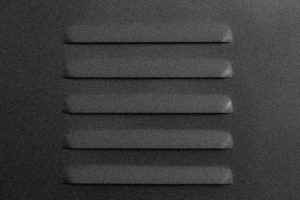 LESLIE: Milt in Delaware needs some help with ventilation. What’s going on at your money pit?

TOM: Yep. Yeah, yeah. OK. So you certainly could either install the bath-exhaust fan on the wall so it blows directly outside. That’s possible. You need, of course, to make sure you have the right termination on the outside so that you don’t get all that draft rolling in, especially on an exterior wall.

And then make sure that, since you’re going through all this work, that you wire it with – if the fan doesn’t have this built in which many do, especially the better ones – but wire it so that is humidistatically controlled so that when you step out of the shower and dry off and leave the bathroom, the fan stays on until the air is dry in that space. And that’s what’s going to cut back on the mold and the cleaning that would be required.

MILT: OK. So I can ventilate it out through the end cable – end gable, whatever it’s called? I mean there is ventilation at the roof vent. That’s not good enough. I have to run it up through the …?

TOM: No. Yeah, you don’t want to dump it at that roof vent. What’ll happen is you’ll get a lot of condensation because you’re taking warm, moist air. So you don’t want to drop it underneath the roof vent. I’ve seen those ducts sort of being tacked to the side of a rafter, like right under a roof vent. And then what happens is the roof sheathing rots out in that area or even the rafter starts to grow mold.

So, no, you want to take it right out through that gable and you’re going to put it through a dryer vent. There’s a piece of flashing that has a (inaudible) on the outside and has a flap – a damper – that closes so no birds get in there. And then you’re basically going to drive it out that way, OK?

MILT: OK. So I can’t drop it off – so I was thinking about maybe going out through the fascia on the side of the roof area there. Can you run it out that way or does it matter?

TOM: Oh, you mean to the soffit. Yeah, I know what you’re saying. No, the soffit.

TOM: No, no. Same reason. First of all, the soffit vents are – those pores are not big enough to let the dryer exhaust get out there. It’s just going to clog up. So you’re better off just running it right through that gable wall in the end. If you can do that, that’s what I’d recommend.

MILT: OK, great. Thanks for your help today.

Attic Ventilation: Is a Roof Fan Worth It?

How to Properly Ventilate an Attic

How to Insulate an Attic That Has No Soffit?

How to Prevent Snow From Coming in Your Vents

Should You Insulate Your Ceiling?

How to Repair Cracks from Truss Uplift

How to Deal With a Leaky Bathroom Situation

How to Improve Ventilation With Fiberglass Insulation

Repairing Your Gutter so it Drains Properly