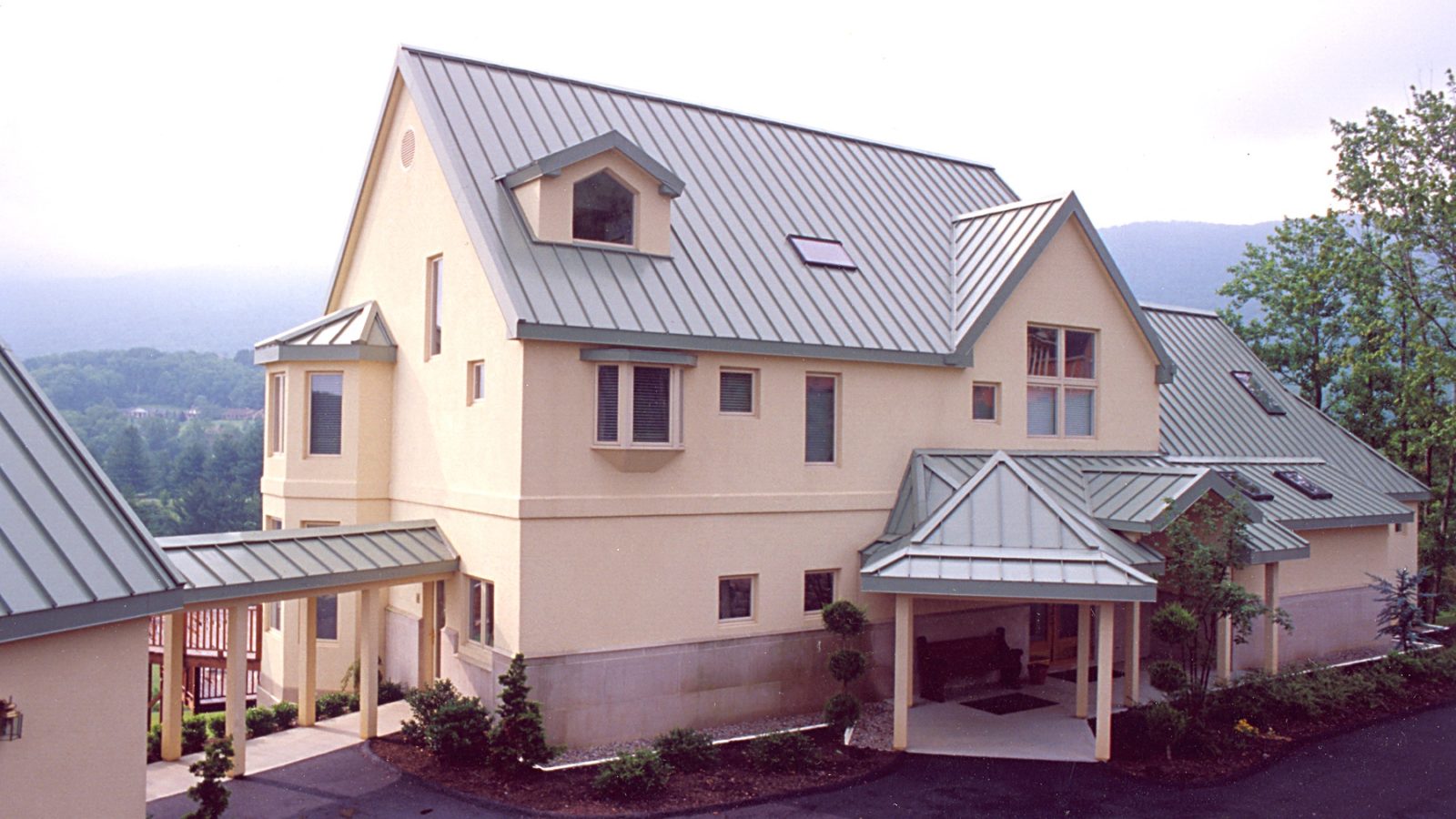 Home » Home Page » How to Repair a Leaking Metal Roof

LESLIE: And now we’ve got Kimberly in College Station, Texas with a leaking metal roof. Tell us what’s going on with this leaky roof.

KIMBERLY: We bought this house many years – several years ago. And we had an inspection of the house and we didn’t know that we had a problem with a roof leak. The inspector didn’t catch it because the people who owned the house first put some plastic over the leaking areas. So when it rained, it held water and we didn’t know that until four or five months afterwards, after we bought the house. And then our insurance wouldn’t cover anything.

And we’re just – we’ve got more leaks now because the house is getting older. And so, instead of replacing the entire roof, we’re looking for some suggestions on some kind of a seal. And we don’t even know – there’s all these things out there. We don’t know what would be the best, if there’s anything available or what we should do.

TOM: OK. So, you say that they covered this with plastic and your home inspector never noticed that it was covered with plastic? I mean duh.

KIMBERLY: No. And it was – it’s on the – up in the inside of the house. And also, they painted the ceiling. They had a 5-gallon can of white ceiling paint in our garage, which – so they kept it covered all the time, which – nobody caught that. Now, I didn’t think anything about it.

TOM: Was this leaking metal roof accessible? The area that was covered with plastic?

KIMBERLY: Yes. And he walked around up there and it – and I guess it hadn’t rained in a while. So, those little sealed-up areas weren’t full of water at this – at the time.

TOM: Let me ask you this: is this a sloped roof or a flat roof?

TOM: And has it ever been covered with tar or anything like that?

TOM: So the metal is still fresh in the sense that it has never been tarred over?

KIMBERLY: No, it’s not tarred.

TOM: Well, have you had a roofer look at the leaking metal roof?

KIMBERLY: We have; we’ve had several. And one told us that it would cost us $6,000 or $7,000 to put a seal on it. And now there’s some of those things out there at the home improvement stores. We just don’t know if …

TOM: OK, look, let me make this real easy for you. You don’t seal a metal roof; you repair a metal roof. Metal roofs can last 100 years. So if any roofer is trying to sell you something in a can that he’s going to seal the roof with, that is a disaster waiting to happen, for a lot of reasons.

First of all, it’s not the right way to fix a leaking metal roof. Secondly, it actually does more harm than good and here’s why: because when you seal a roof with tar – a metal roof with tar – water still gets in; it gets under the tar and then it quickly rusts the roof away. If you have a roof that is cracked or has rusted out in a piece of area, then you repair those; you don’t tar over them like you might, say, an asphalt roof.

So, that’s – what you need to do is to find a roofer who is a craftsman. And I realize that that’s easier said than done. But if you find a roofer that’s a craftsman that really has experience with metal roofs and doesn’t just know how to tear one off – that doesn’t count as experience with a metal roof which, unfortunately, many will just say, “Oh, we’ll tear it off and do something else.”

No. If you find somebody that really knows metal roofs, then that should be completely repairable. And I would not encourage you to put any kind of sealant on it but to figure out where it’s leaking and why it’s leaking and fix it.

You’ve got to dig into it further, Kim. Thanks so much for calling us at 888-MONEY-PIT.