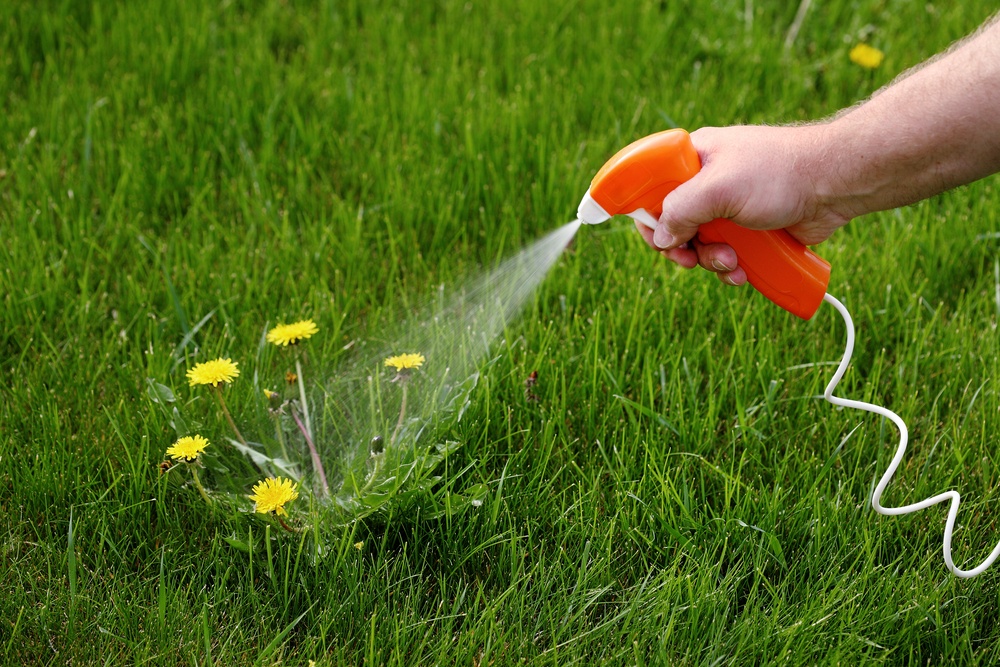 How to Prevent Weeds

How to Prevent Weeds

LESLIE: Well, we all love a lush, green lawn but sometimes, what’s green isn’t exactly grass nor is it very lush. In fact, weeds can destroy a lawn and remove any chance of turning your backyard into a perfect putting spot.

TOM: Well, that’s right. But when you consider that just one dandelion plant can make up to 15,000 weed seeds, it’s a wonder any of us win the battle against these green invaders.

One guy that can, though, is Roger Cook, the landscaping contractor from TV’s This Old House. And he’s here to tell us both how to rid our lives and our lawns from weeds.

ROGER: How are you?

TOM: We’re well. This is an ongoing battle that many homeowners face. What’s the best way to control weeds in your yard?

ROGER: It’s a battle from spring to fall. It’s not one product you can put down once that’ll take care of everything, so …

TOM: And it’s not just what’s growing in your yard; in fact, you’re trying to keep out all of the dandelion seeds that are floating around the atmosphere from everybody else’s lawn, correct?

LESLIE: I had no idea that something so adorable, that’s so fun to pick up and collect as you find them, could be so infectious, if you will. Those dandelions.

ROGER: Yeah, yeah. Well, that’s how all weeds spread: they all have to have some mechanism which puts them into your yard from the neighbor’s yard. It’s a great thing nature designed.

LESLIE: So, how do you go about finding the right product to get rid of that right type of invader, if you will, for your lawn?

TOM: Because it’s not just dandelions; there are lots of different types of weeds.

ROGER: Identify the weed. If you have to, you can go to a garden center and bring it with you and they’ll tell you about the control you can use for it. The other is the stronger the lawn is, the less weeds it will have. So keeping a good, healthy lawn that’s cut long will really help.

There’s a couple different ways I control weeds. There’s a real problem with crabgrass. And the areas are going to be the same, consistently, over and over and over, because it usually grows in areas that dry out.

ROGER: So you can put down a preemergent. But you don’t have to put the preemergent on the whole lawn. Crabgrass doesn’t grow on the north and the west side; it only wants the real sunny part.

ROGER: So you just treat the area where it was.

Now, that particular preemergent has to be put down just as the forsythia is flowering. That’s our key to knowing that the ground is now warm enough the crabgrass is starting to germinate.

LESLIE: And the forsythia is also known as the goldenrod, for people who might be confused. It’s that long, branchy shrub with the yellow, spiky – there are really pretty flowers on it.

ROGER: One of the first to bloom. Yeah, yeah.

TOM: Now, is there a single herbicide that’s going to work on all of these weeds or do you really have to go on sort of a case-by-case basis?

ROGER: Case-by-case basis. You have to be really careful. When you buy an herbicide to spray on your lawn, you have to make sure it’s labeled for lawns. There’s a lot of herbicides out there that will kill weeds but they’ll also kill your grasses, OK? And that’s happened to my friend quite recently. He showed me all of the nice, little spots on his backyard and said, “What happened?” I said, “What did you spray?” He showed me and I said, “You just used a killer that’s indiscriminate. Whatever it touches, it kills.”

But if you can, go around and spray individual weeds with a small sprayer. You can cut down your use of herbicides by over 90 percent, instead of putting it on parts of the lawn, again, where there’s no need of it. So, by using a liquid and spending a little time and walking around and spraying the weeds – and if you can get them as they’re just emerging, that’s when they’re most susceptible to the herbicide – then you can control it pretty easily that way.

TOM: And you have to be very careful of overspray when you do that, especially if it’s windy out, correct?

ROGER: A little trick I use is I take a funnel and I cut it. And then I clamp it to the end of my sprayer. That way there, the cone is going to keep it from spraying out to the sides too far. And you literally can just put the cone over the plant you want to spray and spray it and then move on.

TOM: Cool. So you sort of trap the weed under the cone, spray it, move in. You’ve only sprayed what you wanted to do. No overspray, no worry about taking out good grass, for example.

LESLIE: Is there a good place to go if you’re just completely stuck and can’t identify the weed and just don’t know what the best plan of attack is?

ROGER: A good garden center should have someone there who can help you identify the weed. Again, you can’t treat the weed until you know what it is. Then you can get the right formula to help you get it under control.

TOM: Now, what about sort of a chemical-free way of treating weeds? What about weed barriers and things like that? Do they help?

ROGER: They do, a little bit. I’ve had people put down newspapers and then put mulch on top of it and that’ll help keep the weeds. But what I find is that the weeds that aren’t in the lawn and then are in your beds, they tend to get into the mulch and germinate from the top. So those are the ones that you have to – you can – again, you can spray those but you’ve got to be very careful of your shrubs and your groundcovers at the same time.

Sometimes, it’s a lot of fun to just go out with the kids and pay them a penny a weed and pull them out all that you can.

TOM: Roger Cook from TV’s This Old House, so this is a battle you can win.

ROGER: You can win. You’ve just got to stay on top of it.