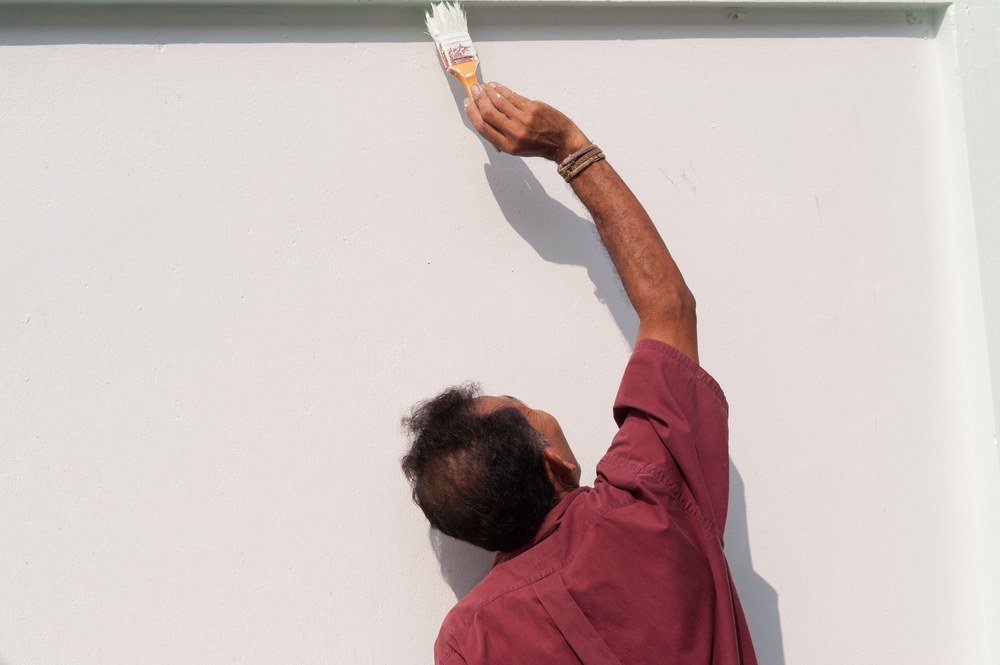 How to Paint a Wood Ceiling

How to Paint a Wood Ceiling

LESLIE: Now we’re going to talk to Blair in Virginia who’s taking on a painting project. Tell us about the ceiling you’re working on.

BLAIR: I pulled out my power washer and decided to clean off the deck and the walls and the ceiling. But now the ceiling needs to be repainted. And it was originally painted with an oil-based paint. I would like to not use oil base; I would like to go over it with a water base. But I don’t know, first off, if I can do that or – and what would be the best brand to look into?

TOM: So, the first question is adhesion. What’s the ceiling made out of? Is this a drywall ceiling? A wood ceiling? What is it?

TOM: What kind of wood?

TOM: The first thing I would do, now that you’ve got this all cleaned off, is I would prime it. And I would use either an alkyd primer, which is water-based, or I would use an oil primer. Just the primer.

The primer, it’s important that it sticks really, really well. And it’s also important that it adheres to whatever was there initially. And through the life of that ceiling, it may have had different paints, different finishes on it. We want to make sure we get primer on there that’s going to have a real adhesive effect. Because once you get primer that sticks really well, then you could put latex ceiling paint or any type of solid stain or something like that on top of it. But you’ve got to use a good-quality primer. That’s really critical.

So prime the ceiling first. On top of that, since it’s wood, you could use solid stain or you could use exterior paint. I would stick with a flat, though, if you’re going to use the paint.

BLAIR: Right, right. OK. So as long as I prime it well.

TOM: You’d probably be more tempted to use that than oil-based but honestly, oil-based works better than anything else. I just repainted my entire house and I have a cedar house. And we used solid stain, which I’m always promoting on the radio show, because it has the most pigment in it. But what I don’t mention is that we had to prime this – prime the entire house. And the last time – you know when the last time was I painted my house?

TOM: Fourteen years ago. Fourteen years because I used oil-based primer back then and solid stain. And I did the same thing all over again because I want to get another 14 years out of it. But that’s what you’ll get if you do it right.

BLAIR: OK. I can do that then. Thank you very much.