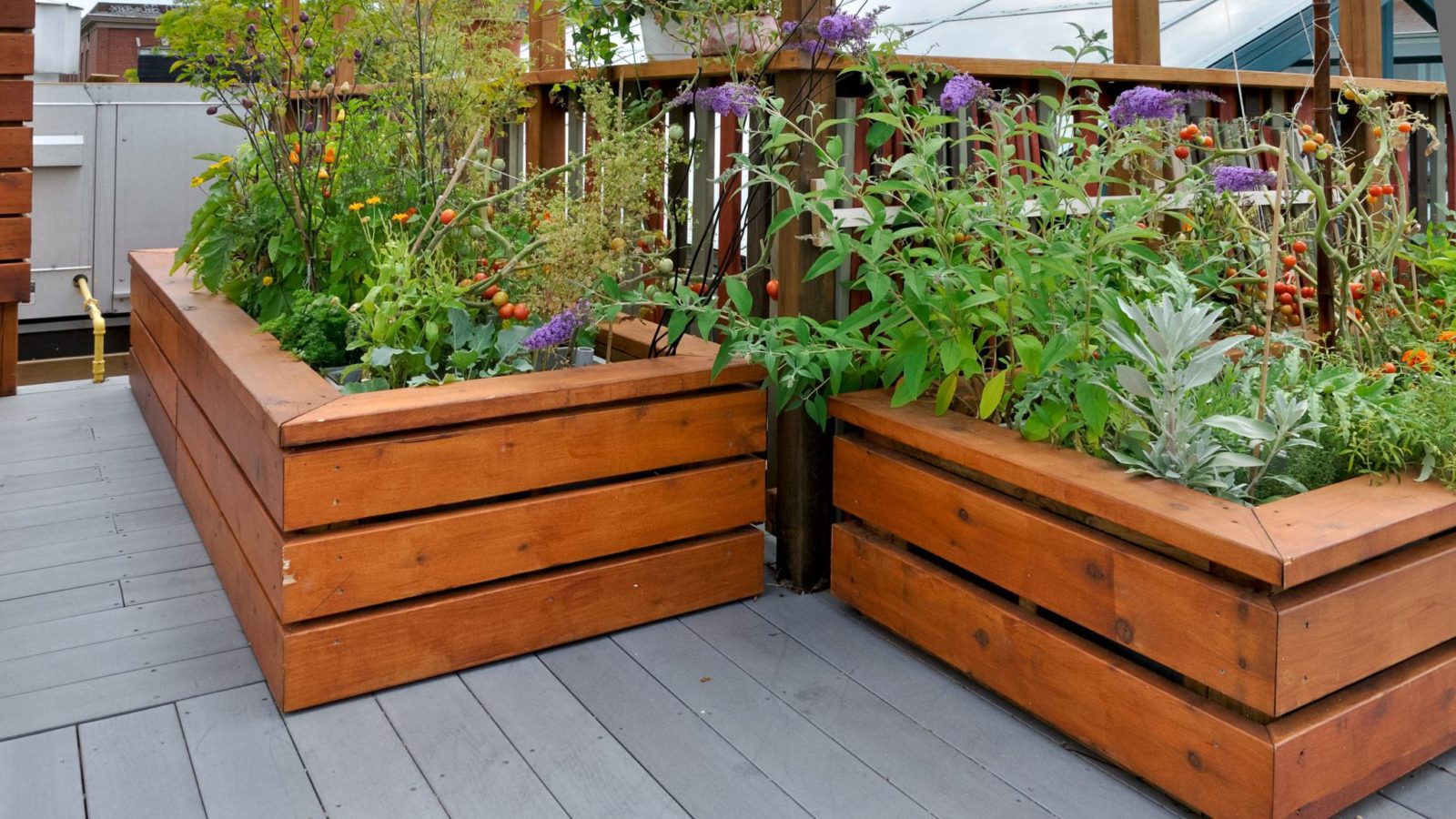 How to Garden with Raised Beds

How to Garden with Raised Beds

LESLIE: Well, do you find that you’re envious of, perhaps, that beautiful crop of tomatoes or cucumbers or peppers that your neighbor is growing and enjoying? Well, you can actually have your own garden, too, if you start planning now for next year’s garden with some simple home improvement projects.

TOM: And one way to cut down on that prep work is to create raised beds. Here to tell us more about the ups and downs of raised-bed gardening is This Old House host, Kevin O’Connor, and landscaping expert, Roger Cook.

And Kevin, what I like about this method is that there is a lot less digging.

KEVIN: That’s right. Sometimes, the best way to start a garden isn’t to dig down but to build up by constructing a raised bed.

And Roger, you’ve done a whole bunch of these.

ROGER: I have, Kevin, and it’s great because it controls the type of soil, because you’re bringing in soil to mound up that bed. But it also helps with drainage and it also helps in the spring, because that raised bed will warm up faster than the surrounding soil.

Now, instead of just a mound, a lot of people will like to edge the bed; edge their raised bed with some type of material that doesn’t decompose.

KEVIN: And how about size? What size do you recommend?

ROGER: Four feet, maximum, so you can reach the middle of the bed from the outside.

KEVIN: What about irrigation? Can you build this irrigation system into the beds while it’s being constructed?

ROGER: You can. If you have an existing system, you can put in drip irrigation in the bed. If you don’t have a system, you can use those black soaker hoses. They’re perfect because they put the water down at the roots where you want it to be.

ROGER: Exactly. And if you want to see how it’s done, you can take a look at a segment we did, on ThisOldHouse.com.

LESLIE: Yeah. And you know, fresh veggies – they not only taste great but they’re so much less expensive and even healthier for you than the store-bought kind.

TOM: Absolutely. And if you want more tips, you can head on over to ThisOldHouse.com, like Roger mentioned. And This Old House is brought to you by GMC. GMC – we are professional grade.