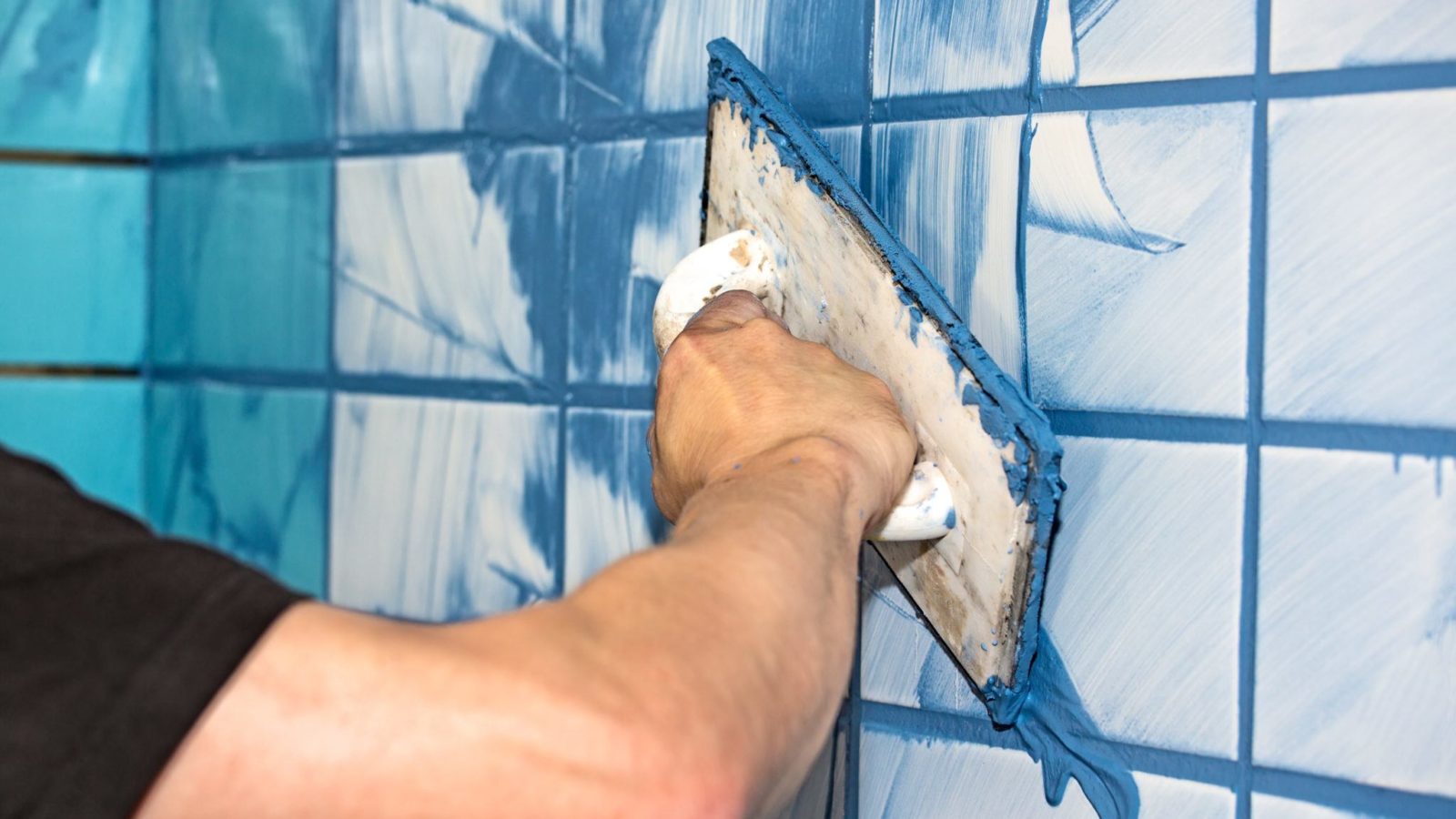 How to Clean or Replace Dirty Grout

How to Clean or Replace Dirty Grout

LESLIE: Well, grout is the material that you use to fill your spaces between tiles. And when it looks dirty or drab, it can drag down the look of an entire room.

TOM: Well, the good news is cleaning or replacing weathered grout has an 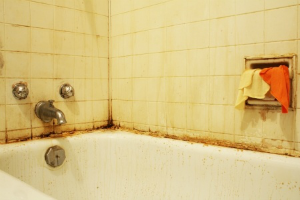 equally powerful effect on a space. Here to tell us how to do it the right way is Tom Silva, the general contractor on TV’s This Old House.

TOM: So, let’s start by determining whether you should clean the grout or replace it completely. Is it ever possible that the grout is just so dirty it’s not worth it?

TOM SILVA: Absolutely. Lots of times you want to replace the grout. You’ll see signs if it’s falling out in areas that get a lot of movement, usually against the backsplash in a countertop.

TOM SILVA: It starts to get loose in there because of different expansion and contraction.

TOM: So, structurally, too, it could be falling apart. But if you do want to clean it, does the choice of cleaner really depend on the type of tile you’re dealing with?

TOM SILVA: It sure does. Let’s say, for example, that glazed tile – well, a glazed tile, you may want to opt for a commercial cleaner and a bristle brush or a non-metallic scouring pad.

TOM SILVA: Put the cleaner on there and you’re just going to scrub it really well.

LESLIE: Because that tile can really stand up to it.

TOM SILVA: Yeah, exactly. It’s tough stuff. Unglazed tile, where it’s a natural cleaner, is a better way to go because the tile isn’t as tough. You can use a baking soda and water, mix it up as a paste and put it on there. Apply and then use a softer brush to clean it.

And then there’s the natural stone. You don’t want to use any acid cleaners at all. They could damage the surface of the marble, the granite or any travertine or anything that’s around it, so you’ve got to be careful with that.

TOM: So with all of these, a good idea to maybe start small and see how it goes before you start spreading the cleaner on the entire surface?

TOM SILVA: It’s always good to try an area that’s not so obvious, first, to make sure you don’t ruin anything.

LESLIE: Now, are there any tips to a successful cleaning job? Because sometimes you want to make a paste and let it sit on there and draw out the dirt. Is there a good trick of the trade here?

TOM SILVA: I guess the only trick I can say is take your time, make sure you use the right material. And if you’re unsure, ask somebody.

TOM: Yeah. Because you don’t want to do it twice or ruin the tile.

TOM SILVA: Yeah, yeah. Or ruin it. And then you’re going to have to drag out all the grout and replace it.

TOM: Now, if the grout is dragging out on its own and falling apart and we end up having to replace that grout, it seems like it could be a challenge to get all the old stuff out. How do you approach that project?

TOM SILVA: Well, there’s a few different ways you could do it. You can cut it out with a saw – a grout saw – with a very thin blade.

TOM SILVA: You’ve got to be careful of that because you don’t want to cut the tile.

TOM SILVA: It’s a power tool. They have a battery-operated saw that you can get in there and cut it.

TOM SILVA: Another tool is an oscillating saw. You can actually hit it with your finger and you won’t be cut but it will cut the grout.

TOM SILVA: Pretty interesting. Then they also have a little tool. It looks like a utility knife but it has a flat blade.

TOM SILVA: And you just drag it back and forth on the grout.

TOM SILVA: A lot of work.

TOM: Yeah. Well, that would probably be good if you’re getting in the kind of nooks and the crannies, you know, up against the wall or something.

TOM SILVA: Yeah, hard-to-get spots and stuff like that.

TOM SILVA: But you can drag it. And they also have one that’s just a hook and you can get in there and drag the grout. But you’ve got to be careful that you don’t damage the tile with any of those.

TOM SILVA: Oh, yes. That’s another chore in itself.

TOM: Now, if you’re going to regrout, you’ve got to decide now what kind of grout you want to go back in with. And you can choose sanded or unsanded. How would you determine the difference?

TOM SILVA: By the thickness of your grout line.

TOM SILVA: The thinner the grout line, the harder it’s going to be to get a sanded grout into it. So, that’s when you want to choose an unsanded grout.

LESLIE: Because the sand is sort of like the filler. And I generally think of that for a floor when you’ve got a bigger tile with a bigger joint.

TOM SILVA: Exactly, exactly. And all you want is – unsanded, it’s really like a peanut butter; you just push it right in there.

TOM SILVA: And it will fill up that joint nicely.

LESLIE: Any tricks for when you’re reapplying that grout? So often you get a haze as you’re cleaning off all of the remnants of the grout. And that haze sort of reappears. Do you address that right away? Do you let it sort of set up a little bit? Because I’ve seen haze not disappear.

TOM SILVA: Yeah, well, you just keep wiping it. The biggest problem is you’re using a dirty sponge and dirty water. A little trick that I’ve used over the years is you put your grout in, let it set a little bit. Don’t let it set too long. Wipe it with a clean sponge, change the water a couple of times and then get a piece of burlap and then wipe the whole wall down with a burlap bag. And then it just falls right off.

TOM: And then, clean sponge again, couple more times and you’re in business.

TOM: Now, once you’re all done, do you recommend sealing the grout?

TOM SILVA: You can seal the grout. Depends on if it’s in an area that needs to be sealed like, for example, the back of a stove or a range where it can get dirty. But it’s tricky. You want to make sure you only seal the grout and not the tile.

TOM: Good advice. Tom Silva, the general contractor on TV’s This Old House, thank you so much for stopping by and brightening up our day with some tips on grout cleaning.