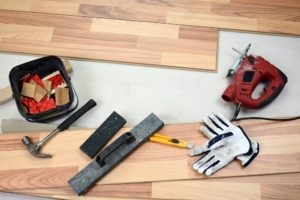 “A reputable contractor should object to a homeowner pulling his or her own permits,” says Darius Baker, CKBR, owner of D & J Kitchens & Baths, Inc. in Sacramento, Calif., and a certified member of NARI. “It’s part of the service that a consumer should expect when they hire a contractor.”

Building permits are the way cities regulate construction and help ensure that all construction is safe. The safety of the occupants of buildings is the primary reason for having construction codes, and the permits are an agreement that whatever work is being done to a home complies with those codes.  Most government bodies adopt codes for construction, mechanical, plumbing and electrical, and in addition, there are federal, state and local laws that govern construction, such as those covering energy conservation. Most home projects require a building permit, and the building permit and inspection process can be a tedious process. Although homeowners are allowed to get their own building permits, it is in their best interest to have the remodeler they hired do it instead. The first reason is the process of getting the building permit will generate a flurry of questions from the local building department that the homeowner is most likely not qualified or prepared to answer. “The homeowner then has to run back and forth between their designer, contractor or architect to answer the questions, and that’s not an efficient way to spend time,” Baker says. Having the remodeler talk to the building department when he or she pulls the permit will help speed up the approval process.

Second, if homeowners get their own building permits, they-instead of the remodeler-will be responsible for the project and have to answer to local building inspectors during home inspections. Inspectors are going to look at details that the homeowner might not know how to address. The homeowner will then need to consult with their remodeler to sort out any problems the inspector finds. “In our experience, the remodeler can often correct those issues on the spot and get approvals,” Baker says. “By not being responsible for the inspection, there could be several days or a week of delays.”

Having a remodeler get building permits can also help the homeowner save money. A contractor may charge his client for three hours to get permits, but that charge includes all the back and forth discussion with the local building department and inspectors. “A homeowner who takes time off of work to get these permits will have to ask themselves, ‘how valuable is my time?'” Baker said.

The contractor can also save money by negotiating fees. Permit fees are usually calculated by the value and scope of a project. If you have a good contractor, the contractor will know how to get the permits for the least amount of money. “A homeowner goes down there and says they are doing a $100,000 kitchen project, but if I go down there, I will tell the building department that they are only inspecting plumbing, electrical, structural or mechanical elements. It’s not their business to know how much the homeowner is spending on cabinetry or sheetrock,” Baker says.

Overall, it’s always a good practice to rely on a certified remodeler to get building permits. “In my personal opinion, a contractor who wants to shovel off the responsibility of pulling permits on his client is a contractor who is being less than professional,” Baker added.

If you are planning a home remodel, NARI Remodelers can help homeowners find contractors who will take care of the entire remodeling process, including getting building permits for the remodeling project.

Remodel Design to Suit Your Lifestyle

How To Plan The Perfect Home Remodeling Project

On location in Bedford, Massachusetts With This Old House