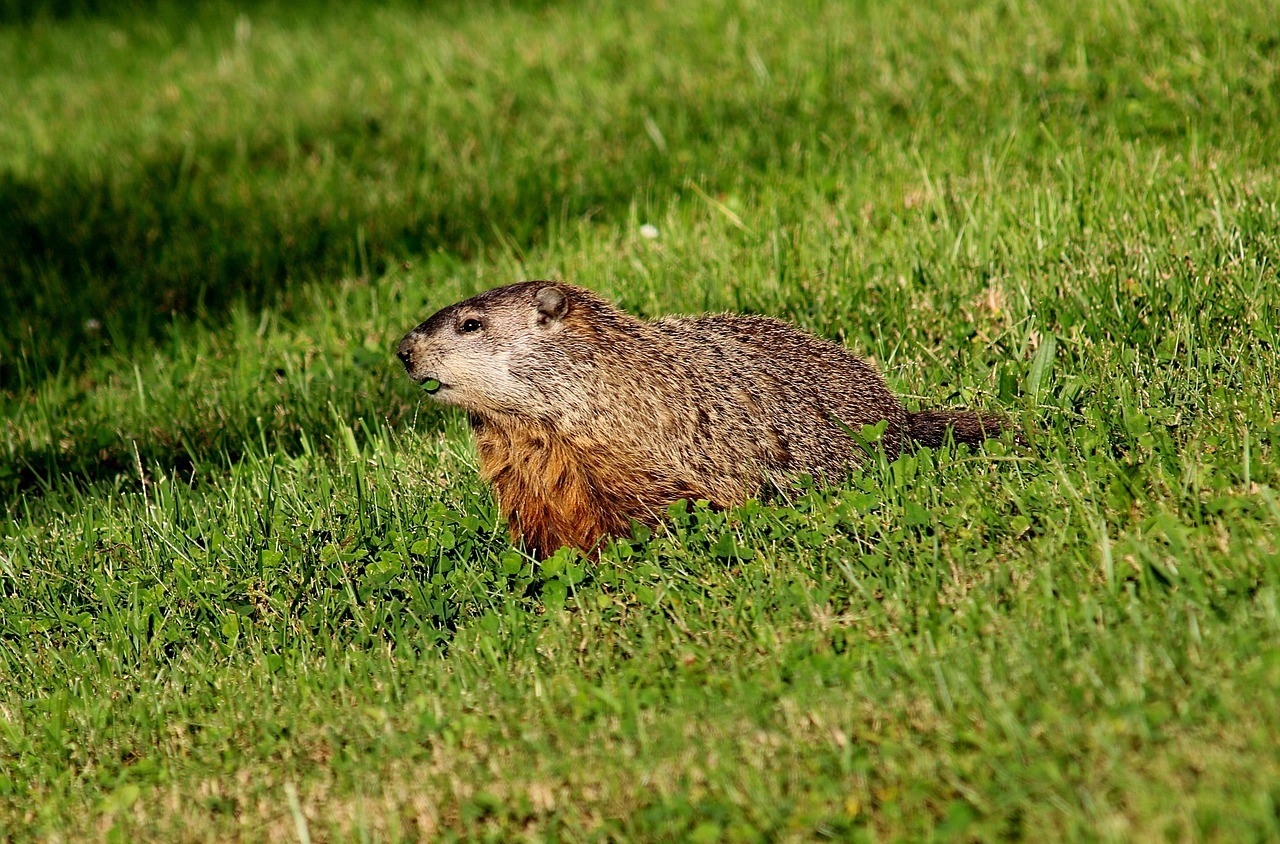 Get Rid of Woodchucks

Get Rid of Woodchucks

LESLIE: How much wood could a woodchuck chuck if a woodchuck could chuck wood? I bet Robert in Iowa knows the answer since you’ve got them all over your yard.

TOM: How can we help you, Robert?

ROBERT: Hi, Tom and Leslie. Appreciate the show. I have woodchucks and they’re causing problems in the retaining walls.

ROBERT: Have any suggestions on how to get rid of them?

LESLIE: Yeah, there’s actually a couple of things you can do. It depends on how aggressive you want to be and kind of how mean you want to be to the animals as well. (Tom chuckles) Some of the more natural ways are Epsom salts. You can actually sprinkle Epsom salts sort of around the garden wherever you see them; where you know they’re coming in or even just around the whole yard itself. The good thing is they hate the smell of it. As it rains the Epsom salts actually help your garden so you might actually see it grow a little bit better. But you do need to replace it over time. But they hate that smell so that keeps them away.

Another scent sort of, I guess, inhibitor for them that they don’t want to be around is if you soak rags in ammonia and put them around your property. They hate the smell. They’ll stay away. But again, you’re going to have to replace that every so often because the scent’s going to wear away.

TOM: There’s a commercial product that’s called Shake Away that is available online at WoodchuckRepellent …

LESLIE: (chuckling) You can’t say it.

TOM: Yeah, I can’t. (chuckling) At Woodchuck – (all laugh). WoodchuckRepellent.com. Fifteen bucks and it’s an organic product and it will keep woodchucks away. So there’s a product that you may want to give a shot. Certainly worth a $15 investment. See how well it works for you.

LESLIE: You can also, if – you know, if you’re finding that you’re just fed up and nothing is working you can do chicken wire fencing around the property as well. But you have to make sure that you bury one foot of that chicken wire fencing below ground. And that one foot, you want to tilt it at an angle away from your garden. For some reason they can’t burrow around that either. But you know, it’s like it’s going to take upkeep. You’re going to have to work at this. They seem to like your yard.

ROBERT: Yeah, well you know, I didn’t have a problem when it sat on the retaining wall and teased the neighbor’s dogs.

TOM: (laughing) It was kind of cute back then, right?

ROBERT: Yeah. And it’s really neat watching them eat like an orange or an apple. They’ll clean the peel off without even breaking the peel. But when they start causing my retaining walls to collapse, you know, that’s a bit much. (Leslie chuckles)

TOM: Well, you know, one of the things that you could do is also just get a couple of Havahart traps. Are you familiar with those?

TOM: That will trap it alive and then you’re just going to have to take them off into the woods somewhere and let them go.

TOM: Robert, thanks so much for calling us at 888-MONEY-PIT.

Get Rid of Fruit Flies in Garbage Disposal

How to Get Rid of Cigarette and Tobacco Smoke Smell and Stop Gagging!

Got a Mouse in the House? Get Rid of Them For Good with These Tips!

How to Get Rid of Silverfish

How to Prevent Woodchucks from Trashing Your Garden

How to Get Rid of Cigarette Smell

How to Get Rid of Carpenter Bees

How to Get Glue off Wood Floor