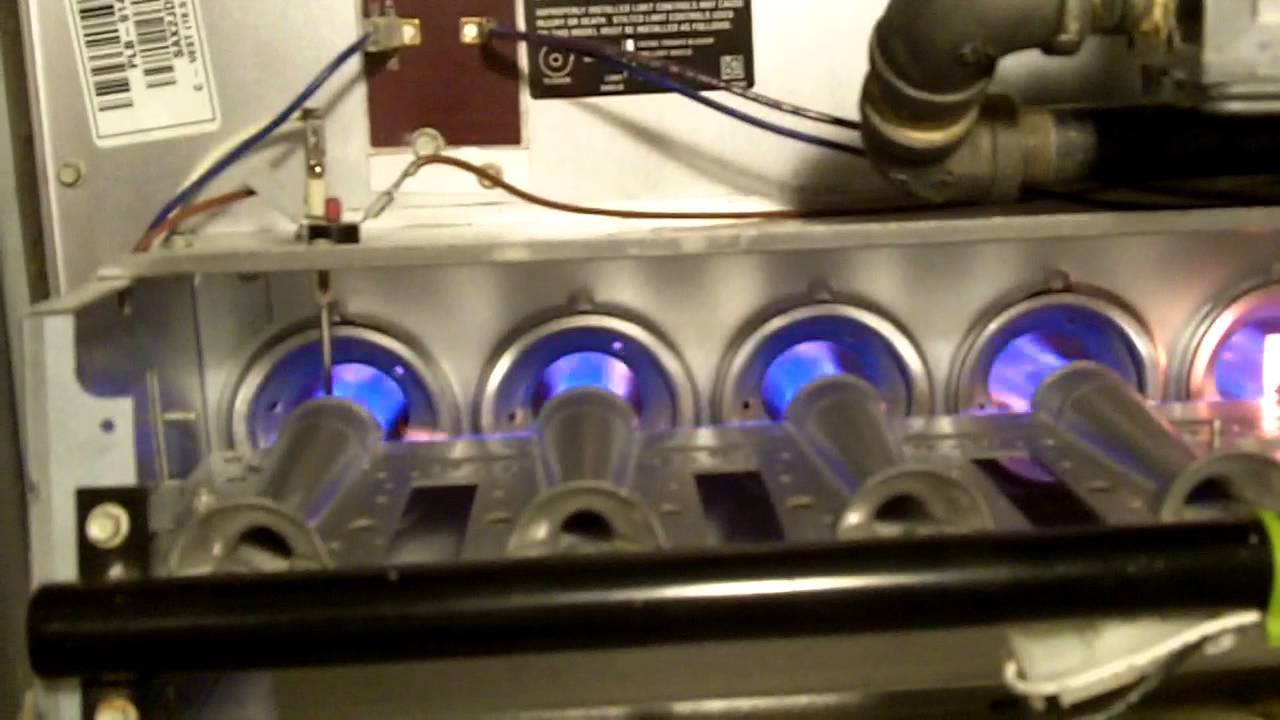 Home is over 160+ years old.  I have had a problem with the furnace from the begining.   I had put in I think 4-5 years I will have to find my papers on it for the date put in.   I have lived in the house 8 years in March.  When I had the furnace put in.  It was putting a puddle of  water in the bottom of the box and drained out all over the floor.   No problem with that it will dry up per (seller that put it in).  I told him to fix it.  It would rust the bottom out.  After a couple trips they did.   Then when the freezing weather started.  I was smelling gas & exhaust.   At the beginning of the fan I smell a gas & exhaust smell.  Three years ago I was diagnosed with cancer and still fighting but didn’t get rid of the cancer.  So I am confined in the house 24 hrs 7days a week.   My doctor doesn’t want me working, but I have a home base business and home business to make up the money as much as I can.

I was able to get rid of the Gas odor, but not the exhaust odor.  I have had inspectors over from two companies with the furnace the original guys and a company the next city over same furnace makers.  They keep telling me if it wasn’t working right it would shut down.  I had the hot water tank checked and cleaned no problem there.  That is the only other gas item in the house.  I had the old fire place checked for a possible problem that is still connected to the hot water tank.

Since I changed the piping it is running longer than it was and getting the house warmer.  I just can’t get rid of the exhaust smell.  My cats stay near the windows that I leave a crack open for air.   At night before I go to bed I air out the house then leave a window opened a crack for good air near my bed.

I was waking up with headache’s that has stopped since I changed the piping.   I am afraid there is a crack in the box or that the exhaust line is a problem.   My Navy experience is with ships not houses.

I was told if I contact the gas company they would throw me out of my house and shut down the house.   I have no were else to go or the money to go there.  I have two cats and two dogs I have no were to take as well.  I expect it is a hard area to locate and that is why they don’t want to fix it.  That is the problem I had when it leaked water.  Anything you recommend?  That I should check  being it seems up to me to correct.

My being nervous is not good for my medical condition and I am a reck.  Please help me!  Before I found out I had cancer I check the house or radon and at that time 3 years ago it was I think 18 on the scale so 4X normal rate at least.

First off. Do you have a CO meter in the living area of the house? If not purchase one and plug it in right away.

You stated that you had a water issue with the furnace.  I need to know what type of furnace you have.  Not brand, but type.  Is it a 90%+ furnace that uses a plastic vent system to the outside of the house?  These types of furnaces condense the flue gases and create water as a by product. The exhaust system is sealed and as long as the PVC pipe is vented outside without any breaks you should be OK.  However if the heat exchanger is cracked it could interject flue gasses into the system.  If that happens the flame system gets all  messed up and in many cases will shut the furnace down with safeties built into the system.

If the chimney used to be oil the chimney needs to be lined. Older homes such as yours often did not have internal chimney liners.  They were simply brick  the result is quite often the brick mortar falls out and the chimney will collapse and become plugged, or the gasses will seep out into the home.  So your next task is to get a chimney sweep to evaluate this important item in the home. Normally if the chimney becomes blocked the flue gasses will back up and trigger a safety switch on the furnace.  But if there is some sort of collapse within the wall area this may not be the case

If the chimney has a cap or not this can be the source of the issue.  Raccoons make nests in chimneys.  They quite often block the natural flow of the flue gasses out but benefit from the warmth from the air trying to flow up and out of the house.  A chimney sweep can evaluate this for you as well.

I do not know where you reside but the National Flue Gas Code requires all oil to gas chimneys to be lined. If the furnace company failed to do this as part of the job, you may need to chase them down to fix this issue if the chimney sweep finds that you need this to fix your problem.

The last thing I would suggest is to get your home energy audited.  These professionals can evaluate not only the combustion systems within your home to see if they are working correctly, but they can offer you all sorts of energy saving ideas, many of which you can do on your own to save money and increase your comfort.

Before You Fire Up the Heat — Do THIS to Make Sure its Safe!

HVAC Tune-Ups You Can Totally Do Yourself

Get Air Conditioning to the Second Floor