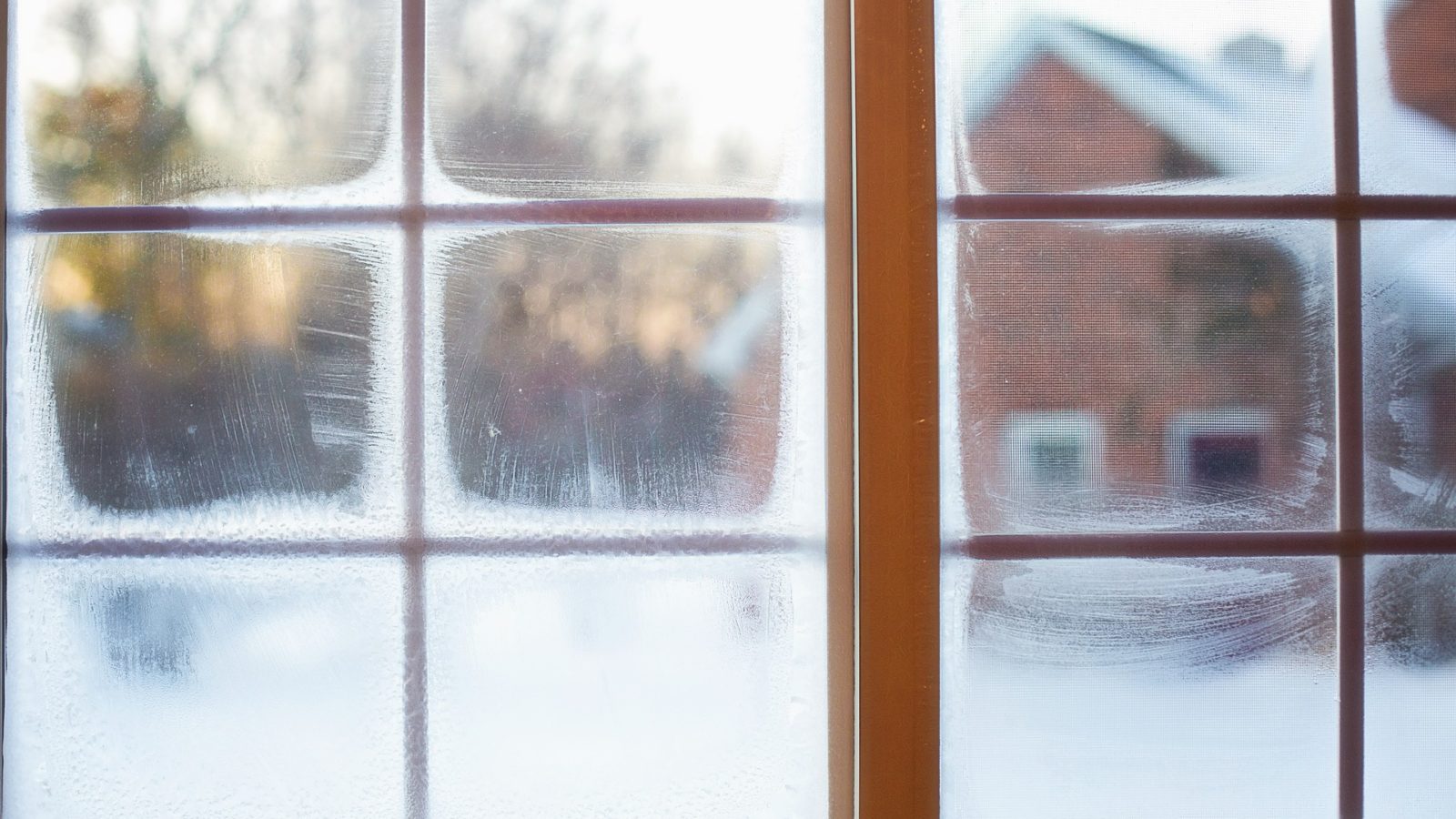 How to Clear Condensation in Paned Windows

Home » Home Page » How to Clear Condensation in Paned Windows

How to Clear Condensation in Paned Windows

LESLIE: Alright. Going to the Great North. We’ve got Gunner in Alaska on the line who needs some help with condensation in paned windows. What’s going on over there?

GUNNER: I had double-pane windows that fogged. I understand that they fogged because the seal breaks. But I had a contractor come up that they advertised on the radio that rather than buy new windows, they had a way of removing that condensation.

What they did is they – on the outside panes they drill a small hole on the bottom and a small hole at the top. And they did a cleaning. I think they even squirted water in there and evacuated it. I didn’t see it done but I’ve seen it on YouTube. And then they put these little plastic plugs there where the holes used to be.

Didn’t really clear up. It almost looked like it got worse, so I called and complained and the contractor said, “Well, in 3 to 12 weeks, it should go away, it should clear up.” And by golly, it did. Which kind of shocked me, because I’m an engineer and all my training says that if you have something open to the outside air, it’s going to have moisture in it. And that’s one reason why it fogged in the first place. And I don’t think they created a vacuum, so I didn’t know how that worked.

TOM: Well, this is the first I’ve heard of that system for condensation in paned windows, Gunner. I’m not familiar with it at all. I would have the same reaction that you would. I would think it’s not the kind of thing that would be my first choice. There are other ways to clear condensation from windows.

I would generally tell people that when you get fogged windows, yeah, the window is slightly less efficient but it doesn’t necessarily mean the window has to be replaced. If you’re concerned about appearance, you want to make sure you want to see clearly through it, I could see where perhaps on a limited basis that you might want to experiment with something like that to clear condensation in paned windows.

But what they’ve done is essentially just cleaned the window, wash the window from the inside out it sounds like. And I would expect that that condensation may come back, giving it a season or two. So this may not be the end of it. But if it’s giving you some temporary relief, then OK.

GUNNER: Yeah. And in fact, they had a guarantee. Their guarantee is that they’d be happy to replace the windows at a discount. But they charge you for the – and when I heard that, I kind of laughed to myself. Said, “Oh, geez, what a way to get into your house, you know?”

GUNNER: But so I – OK. So you kind of agree with me. It’s not black magic.

GUNNER: To me, it’s like black magic. What on Earth happened here? It’s not possible. They talked, “Well, around the perimeter, on the inside, there’s a material that absorbs excess moisture and keeps the window clear.”

TOM: Yeah, you know what that material is called, Gunner?

GUNNER: Swiggle. OK. Well, my windows don’t have that. That’s just a solid strip so that there’s no swiggle, as you put it, as far as I can tell. Because it’s an older home; I think the home was built in like ’85.

TOM: Well, I mean you’re in the part of the country where triple-pane makes sense. The colder it gets, the more that makes economic sense even though those windows are more expensive.

But back to your original question. I think what they’ve done is essentially clear condensation in paned windows. And depending on the dew point, yeah, it’s either going to appear or reappear, depending on how much condensation you get inside those – inside that glass. But I think that, at this point, just understand what you have and that when you can afford it, when you want to budget for it, go ahead and replace the windows.

And remember, you don’t have to do all your windows at the same time. A lot of times, I tell folks they can do them in stages. You can do the north side first and then move to the east side, the west side and the south side, since the cold is the biggest issue in your part of the country. If you lived down south, you’d do the south and the west windows first. OK, Gunner?

GUNNER: OK. Thank you very much.