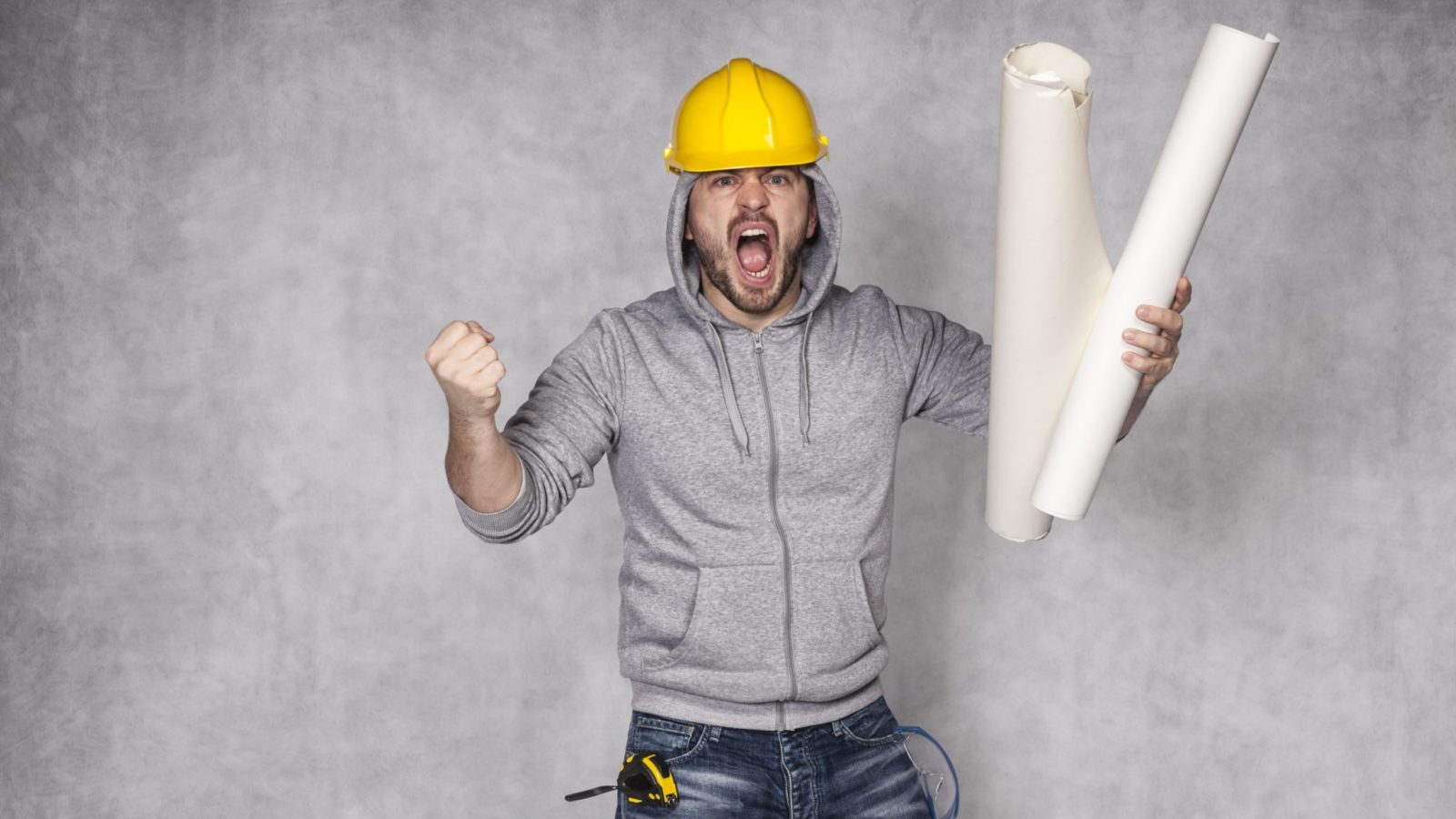 Bad Contractor Got You in their Grip? Learn How to Get Out

Bad Contractor Got You in their Grip? Learn How to Get Out

LESLIE: Hey, John in New York is dealing with a construction job that is getting out of hand price-wise. What’s going on?

JOHN: How you doing? My mother actually let a construction person give her an estimate for gutters and fascia boards.
TOM: OK.
JOHN: And it started off as a $2,600 job and they pulled the fascia boards down and the gutters down and then pushed her into saying that she needed a new roof to be put on.
TOM: Ugh.
JOHN: And then they ripped the roof off and then they said that the siding – that the water is dripping behind the walls and the siding had to be ripped off.
TOM: Oh, wow. That’s ridiculous.
JOHN: So when – by the time I got involved the entire house was stripped down to the 2x4s.
LESLIE: (overlapping voices) Oh, my gosh.
TOM: (overlapping voices) Oh, my God.
JOHN: And this is two days before we were going to have a major snowstorm …
TOM: Ugh.
JOHN: … and we decided – it started off as a $2,600 job, snowballed into a $57,000 job.
LESLIE: Of course.
TOM: Ugh.
LESLIE: I mean roofing and siding, that’s pretty pricy.
TOM: This sounds like a total rip-off.
JOHN: Yeah. Oh, yeah. Well, I called Consumer Complaints and they said that these people had about 60 complaints on them.
LESLIE: (overlapping voices) Ah.
TOM: (overlapping voices) Oh, boy.
JOHN: And …
TOM: Has your mother paid them all this money?
JOHN: Well, she paid them about $20,000.
LESLIE: Oh, my God.
JOHN: The whole while she was telling them that she didn’t have any money to pay for this and they arranged financing on $15,000.
TOM: Ugh.
LESLIE: Oh, my God. Did she sign something? Did they arrange this?
JOHN: She doesn’t believe that she signed anything but …
TOM: OK.
JOHN: … I’m yet to see any information to be returned to me from the …
TOM: Hmm.
JOHN: … lending company on the contract.
LESLIE: And what is the state that the house is in now?
JOHN: Well, actually, you know what? They did an excellent job putting it back together again.
TOM: OK. And you’re pretty sure that your mom has only paid them 20,000 of the 57 that they thought they had coming to them?
JOHN: Yes.
TOM: Alright. Here’s what I would do, John; a couple of things. First of all, if you’ve not done it before, I would take an opportunity to basically interview your mother and make very detailed notes as to, you know, dates, times, places, what was said, what was done so you have a written record of everything that went on here. The second thing I would do is I would write them a letter and tell them that under no circumstances are they to do any further work on this house. And the third thing I would do is I would get an attorney to correspond with them and let them come after you for the money. Let them chase you if they think that they’re owed additional money because it sounds to me like they clearly took advantage of her. I’d also make sure that if the attorney says that anything that they did was criminal, I would file a criminal complaint with the local police as well and follow it through; because it very well may be that what they’ve done was illegal in some sense of the word.
JOHN: Alright. Thank you very much. Thank you.
TOM: Alright, John. Thanks so much for calling us at 888-MONEY-PIT. What a terrible story.
LESLIE: Gosh, that’s so awful.
TOM: Those guys are out there.
LESLIE: Ringing doorbells, hoping to get somebody.
TOM: Yeah, they ring doorbells and they say, “You’ve got a problem lady but no worries; we’re just the guys to fix it for you.”
LESLIE: We swooped in just in time; now, write us a check.
TOM: (overlapping voices) We’re here to save you.
LESLIE: Ah, God, that’s awful.
Home PagePodcasts Your Calls, Our Answers Podcast
FacebookTweetPinLinkedInEmail

Adding Insulation to Your Attic